Glacial Archaeology on The Roof of Norway: Artifacts Frozen in Time Thawing Now

Climate change is one of the most important issues facing people today and year on year the melting of glacial ice patches in Scandinavia, the Alps and North America reveals and then destroys vital archaeological records of past human activity.

Enter the glacial archaeologists - specialists who rescue now-threatened artefacts and study the relationship between variability in climate and the intensity of human use of alpine landscapes.

Focusing on Jotunheimen and the surrounding mountain areas of Oppland, which include Norway's highest mountains (to 2649m), an international team of researchers have conducted a systematic survey at the edges of the contracting ice, recovering artefacts of wood, textile, hide and other organic materials that are otherwise rarely preserved.

Iron Age arrow from Trollsteinhøe used to study the relationship between climate variability and how humans used alpine landscapes in the past. 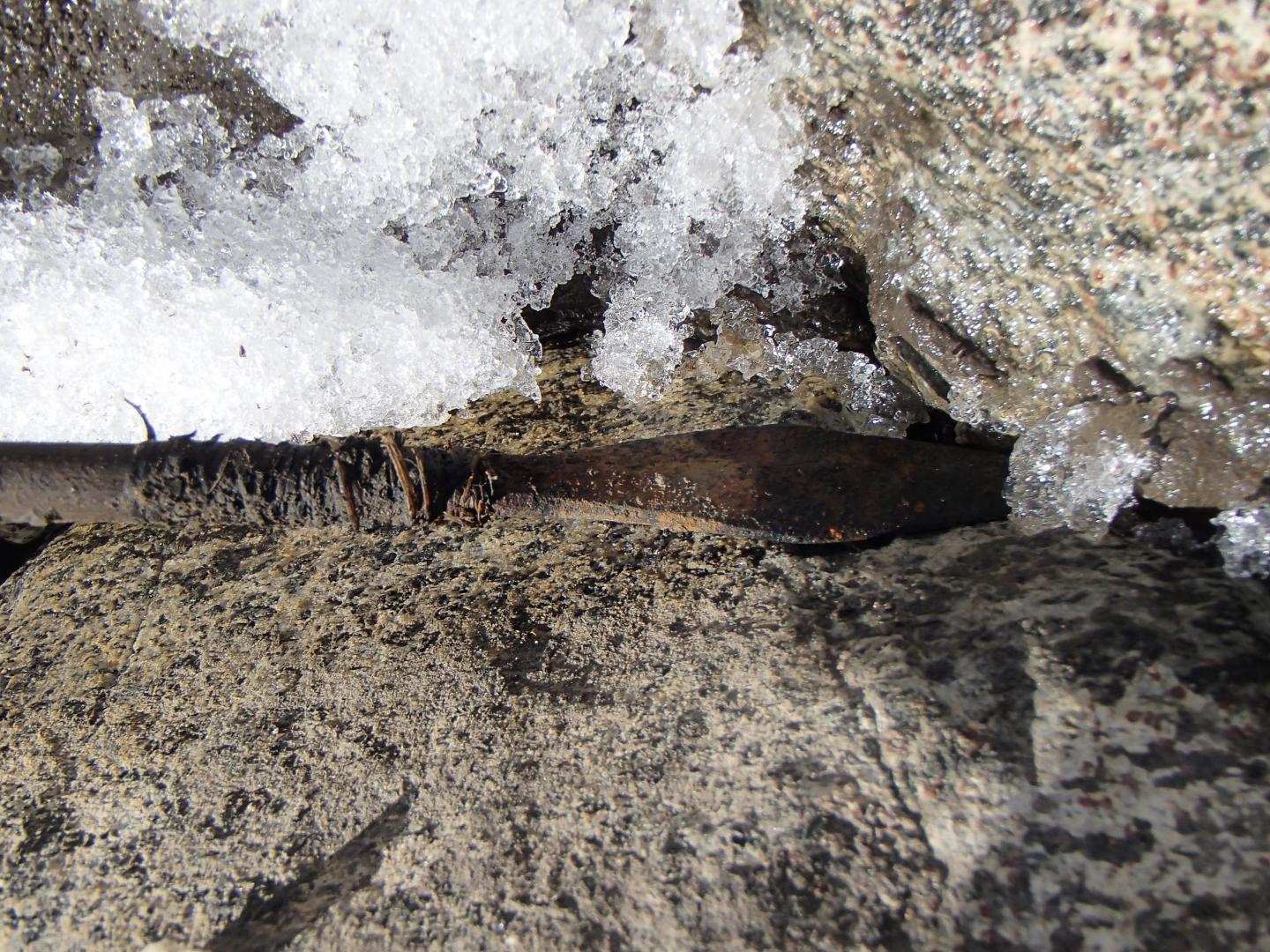 To date, more than 2000 artifacts have been recovered. Some of the finds date as far back as 4000 BC and include arrows, Iron Age and Bronze Age clothing items and remains of skis and packhorses.

By statistical analysis of radiocarbon dates on these incredibly unusual finds, patterns began to emerge showing that they do not spread out evenly over time. Some periods have many finds while others have none.

What could have caused this chronological patterning - human activity and/or past climate change? These questions are the focus of a new study published today in Royal Society Open Science.

Dr James H. Barrett, an environmental archaeologist at the McDonald Institute for Archaeological Research at the University of Cambridge and senior author of the paper commented, "One such pattern which really surprised us was the possible increase in activity in the period known as the Late Antique Little Ice Age (c. 536 - 660 AD). This was a time of cooling; harvests may have failed and populations may have dropped.

Remarkably, though, the finds from the ice may have continued through this period, perhaps suggesting that the importance of mountain hunting (mainly for reindeer) increased to supplement failing agricultural harvests in times of low temperatures. Alternatively, any decline in high-elevation activity during the Late Antique Little Ice Age was so brief that we cannot observe it from the available evidence." 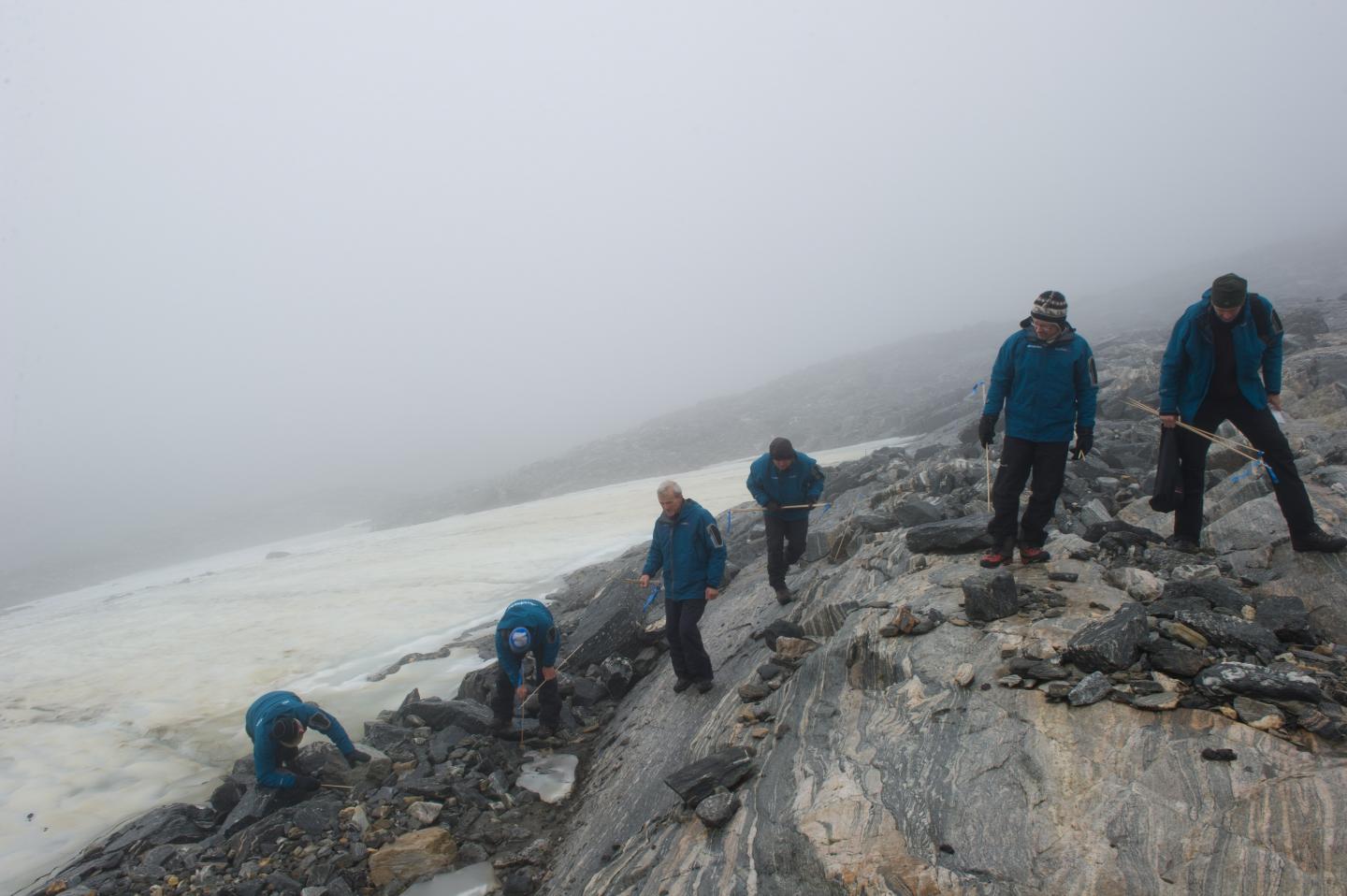 Barrett continues, "We then see particularly high numbers of finds dating to the 8th - 10th centuries AD, probably reflecting increased population, mobility (including the use of mountain passes) and trade - just before and during the Viking Age when outward expansion was also characteristic of Scandinavia. One driver of this increase may have been the expanding ecological frontier of the towns that were emerging around Europe at this time. Town-dwellers needed mountain products such as antlers for artefact manufacture and probably also furs. Other drivers were the changing needs and aspirations of the mountain hunters themselves."

There is then a decrease in the number of finds dating to the medieval period (from the 11th century onwards). Lars Pilø, co-director of the Glacier Archaeology Program at Oppland County Council and lead author on the study further explains, "There is a sharp decline in finds dating from the 11th century onwards. At this time, bow-and-arrow hunting for reindeer was replaced with mass-harvesting techniques including funnel-shaped and pitfall trapping systems. This type of intensive hunting probably reduced the number of wild reindeer."

Professor in medieval archaeology Brit Solli, of the Museum of Cultural History in Oslo, who led the study of the recovered artefacts, comments "Once the plague arrived in the mid-14th century, trade and markets in the north also suffered. With fewer markets and fewer reindeer the activity in the high mountains decreased substantially. This downturn could also have been influenced by declining climatic conditions during the Little Ice Age."

The ongoing research of the Glacier Archaeology Program in Oppland can be followed on the Secrets of the Ice blogpost: http://secretsoftheice.com/
on January 24, 2018