Faster and Faster: Rising Heat from Inner Earth Hot Spots Are Melting Greenland Glaciers from Below

In northeast Greenland, researchers have measured the loss of heat that comes up from the interior of the Earth; this enormous area is a geothermal 'hot spot' that melts the ice sheet from below and triggers the sliding of glaciers towards the sea

Greenland's ice sheet is becoming smaller and smaller. The melting takes place with increased strength and at a speed that no models have previously predicted.

Today, in the esteemed journal Scientific Reports, researchers from the Arctic Research Centre, Aarhus University, and the Greenland Institute of Natural Resources present results that, for the first time, show that the deep bottom water of the north-eastern Greenland fjords is being warmed up by heat gradually lost from the Earth's interior. And the researchers point out that this heat loss triggers the sliding of glaciers from the ice sheet towards the sea.

Several glaciers flow into the area of Young Sound where researchers have shown that heat from the Earth's interior warms up the bottom water of the fjord. 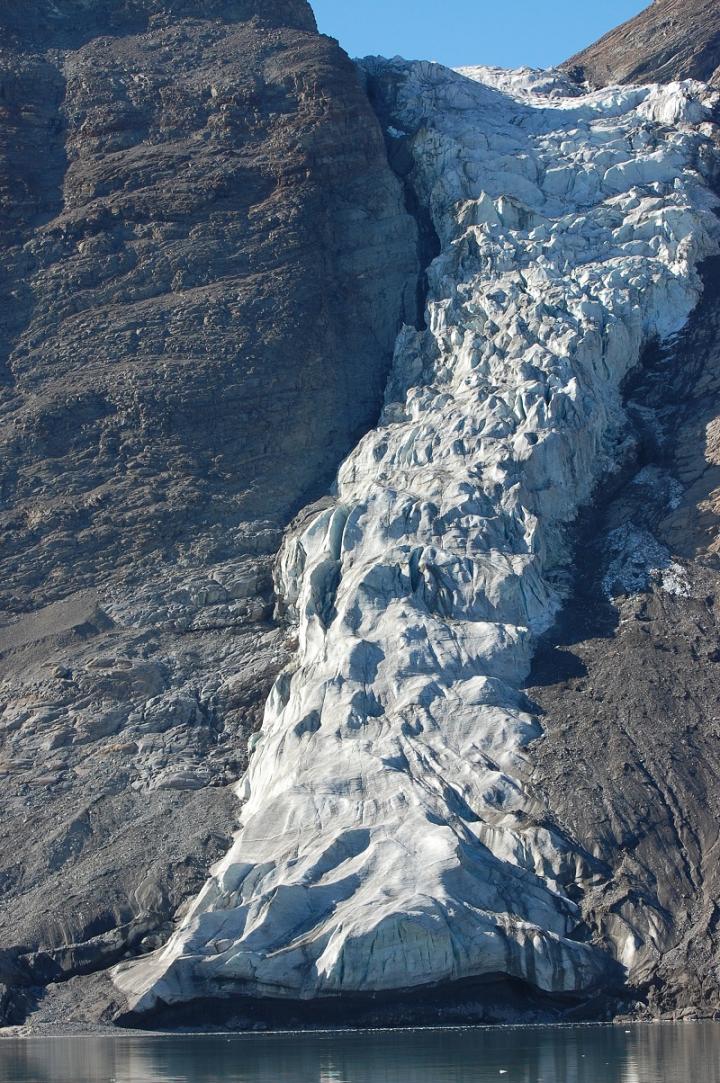 "North-East Greenland has several hot springs where the water becomes up to 60 degrees warm and, like Iceland, the area has abundant underground geothermal activity," explains Professor Soren Rysgaard, who headed the investigations.

For more than ten years, the researchers have measured the temperature and salinity in the fjord Young Sound, located at Daneborg, north of Scoresbysund, which has many hot springs, and south of the glacier Nioghalvfjerdsfjorden, which melts rapidly and is connected to the North-East Greenland Ice Stream (NEGIS).

By focusing on an isolated basin in the fjord with a depth range between 200 and 340 m, the researchers have measured how the deep water is heated over a ten-year period. Based on the extensive data, researchers have estimated that the loss of heat from the Earth's interior to the fjord is about 100 MW m-2. This corresponds to a 2 megawatt wind turbine sending electricity to a large heater at the bottom of the fjord all year round.

Heat from the Earth's interior - an important influence

It is not easy to measure the geothermal heat flux - heat emanating from the Earth's interior - below a glacier, but within the area there are several large glaciers connected directly to the ice sheet. If the Earth releases heat to a fjord, heat also seeps up to the bottom part of the glaciers. This means that the glaciers melt from below and thus slide more easily over the terrain on which they sit when moving to the sea.

Although it may be biting cold over the water, heat from the Earth's interior is transported to the bottom water of Young Sound, North-East Greenland. 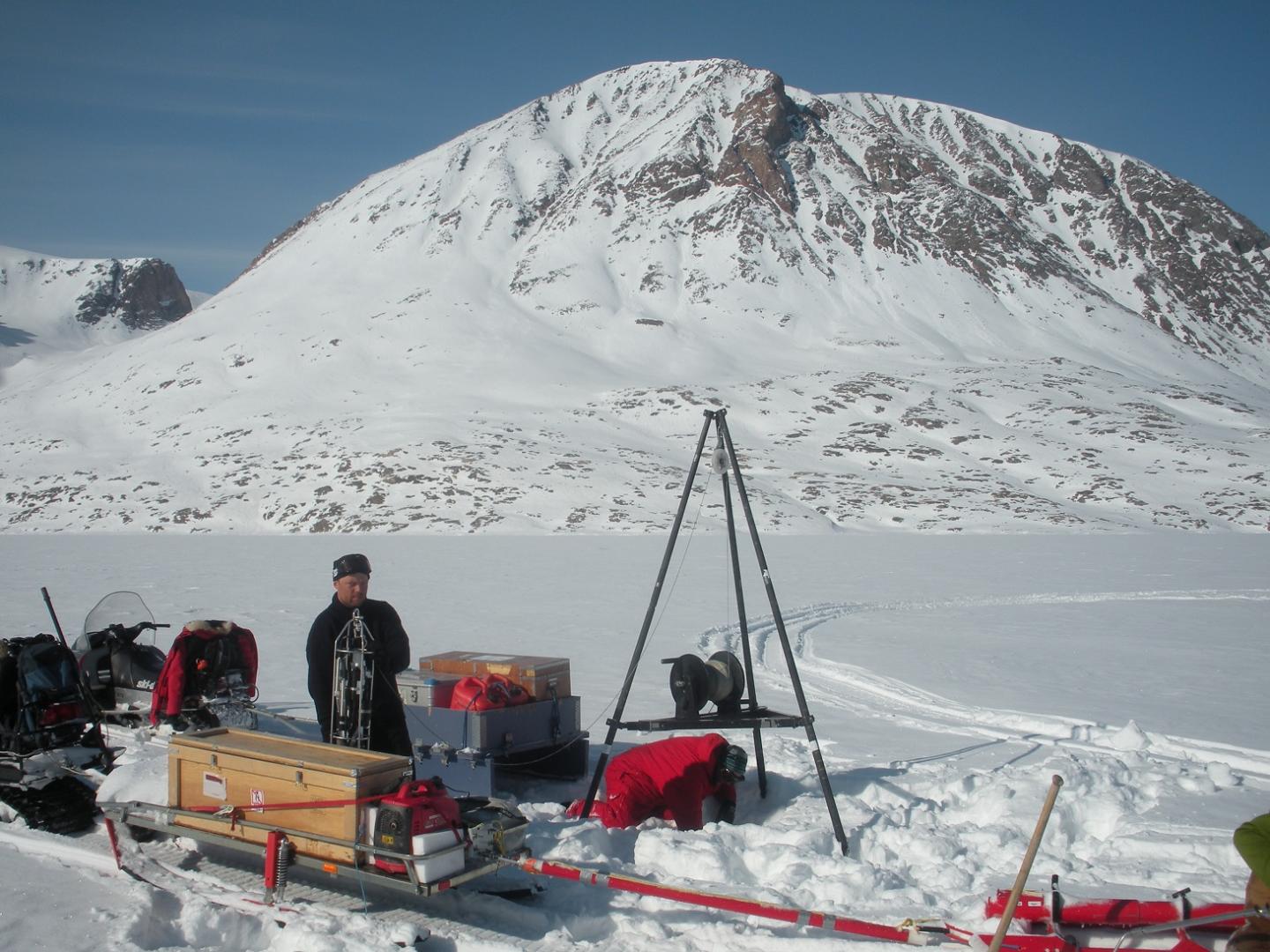 Photo: Wieter Boone
"It is a combination of higher temperatures in the air and the sea, precipitation from above, local dynamics of the ice sheet and heat loss from the Earth's interior that determines the mass loss from the Greenland ice sheet," explains Soren Rysgaard.

"There is no doubt that the heat from the Earth's interior affects the movement of the ice, and we expect that a similar heat seepage takes place below a major part of the ice cap in the north-eastern corner of Greenland," says Soren Rysgaard.

The researchers expect that the new discoveries will improve the models of ice sheet dynamics, allowing better predictions of the stability of the Greenland ice sheet, its melting and the resulting global water rise.