Deer Among Humans Have Smaller Ranges Than Cousins in Continuous Forests

Mammals across the world are seeing their ranges reduced as humans control more and more land.  Pennsylvania is no exception to this worldwide trend.

In the big woods of Pennsylvania's Northern Tier, the home range of the average white-tailed deer is more than twice as large as that of a deer in urban or agricultural areas of the state. Penn State researcher Duane Diefenbach documented that phenomenon early on in his work, but it did not occur to him it might be representative of many different mammal species around the globe.

The adjunct professor of wildlife ecology in the College of Agricultural Sciences, who focuses on management implications of his findings, never had an opportunity to ponder the bigger picture until German researchers invited him to contribute data to a worldwide study of mammal movement. Diefenbach has monitored the movement of dozens of deer fitted with global positioning system collars over the past five years as part of Penn State's Deer-Forest Study.

Penn State research has shown that in the big woods of Pennsylvania, the home range of male and female deer outside the breeding season is about a square mile. But in the agricultural areas, a deer's home range is more likely to be half of a square-mile or even a third of a square-mile. 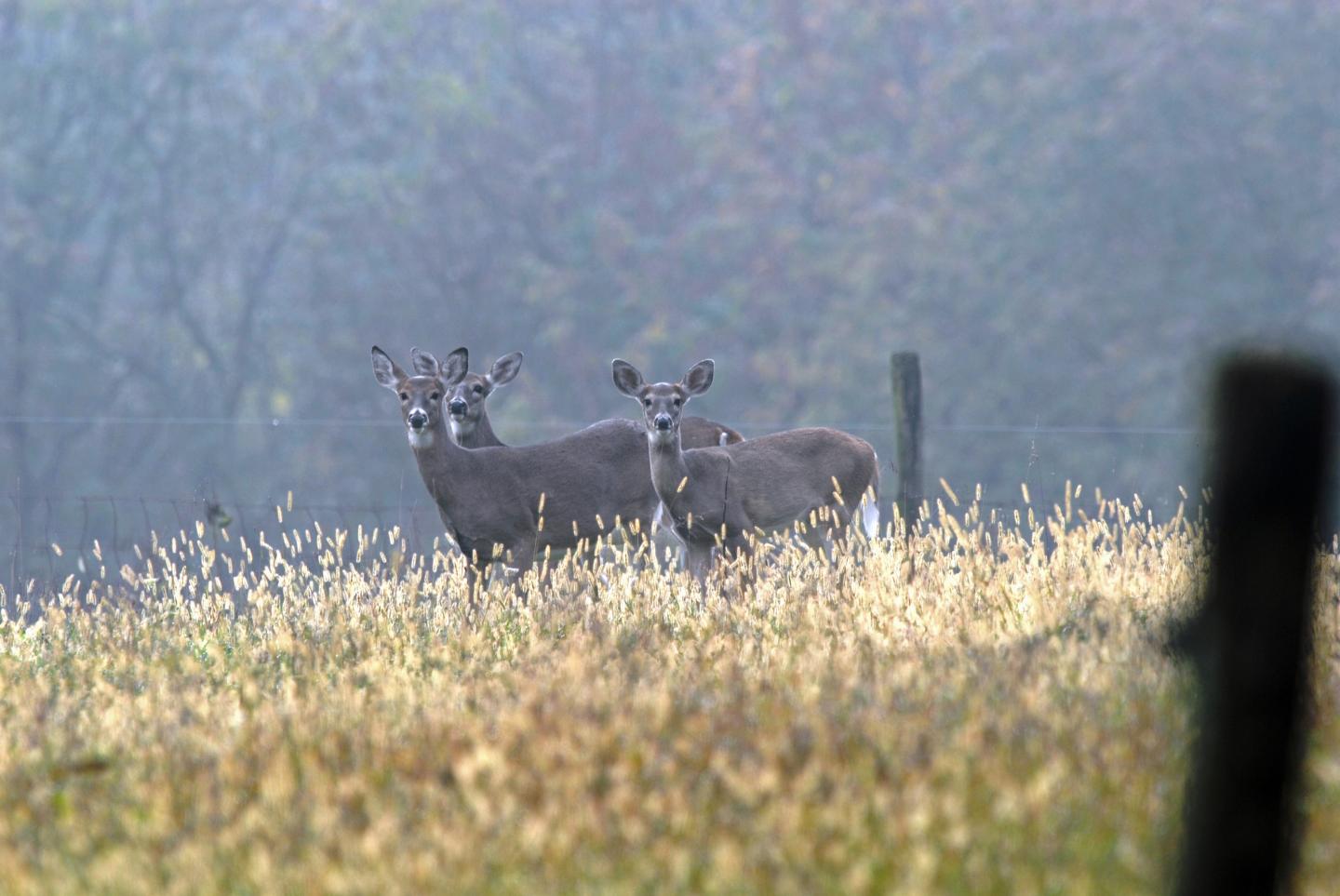 "In Pennsylvania, we can go from contiguous forests to highly fragmented landscapes that are dominated by agriculture with small wood lots, and I noticed that when we had highly fragmented landscapes, home ranges of deer were much smaller -- and the deer we studied in contiguous forest and undisturbed areas had larger home ranges," said Diefenbach, director of the Pennsylvania Cooperative Fish and Wildlife Research Unit at the University.

"I attributed it to a couple of things. The fragmentation leads to many different types of plants available to deer so they do not have to travel as far in search of food. Also, people tend to live in areas with better-quality soil, because crops grow better, which also provides more food for deer."

It turns out that Diefenbach's observations in Pennsylvania are identical to what wildlife researchers around the world have seen with other species. On average, mammals move distances two to three times shorter in human-modified landscapes than they do in the wild. These findings, produced by an international team of researchers, appear today (Jan. 26) in the journal Science.

This is the first time this topic has been examined at a global scale and for many different species at once. The authors suggest that these results may have far-reaching consequences for ecosystems and in turn, for society. Diefenbach is a co-author of the research.

Most mammals are on the move every day while searching for food, to find a mate or to seek shelter. Some larger mammals, such as zebra, generally move longer distances, while smaller mammals, such as hares, usually cover shorter distances. Lead researcher Marlee Tucker, a biologist with Senckenberg Biodiversity and Climate Research Centre and Goethe University Frankfurt, has shown that the extent of these movements is significantly reduced in human-modified areas. In these areas, mammals move distances that are only half to one third of what they cover in more natural areas.

Tucker and 114 coauthors from various institutions collated movement data from 803 individuals across 57 mammal species from around the globe. To do this they used the data portal, Movebank, which archives movement data from researchers worldwide.

"Our study looks at everything from hares to wild boars to elephants," Tucker said. "The scientists in our team equipped individual animals with a GPS tracking device that recorded each animal's location every hour for a period of at least two months."

It turns out that Duane Diefenbach's observations of white-tailed deer in Pennsylvania are identical to what wildlife researchers around the world have seen with other species. On average, mammals move distances two to three times shorter in human-modified landscapes than they do in the wild. 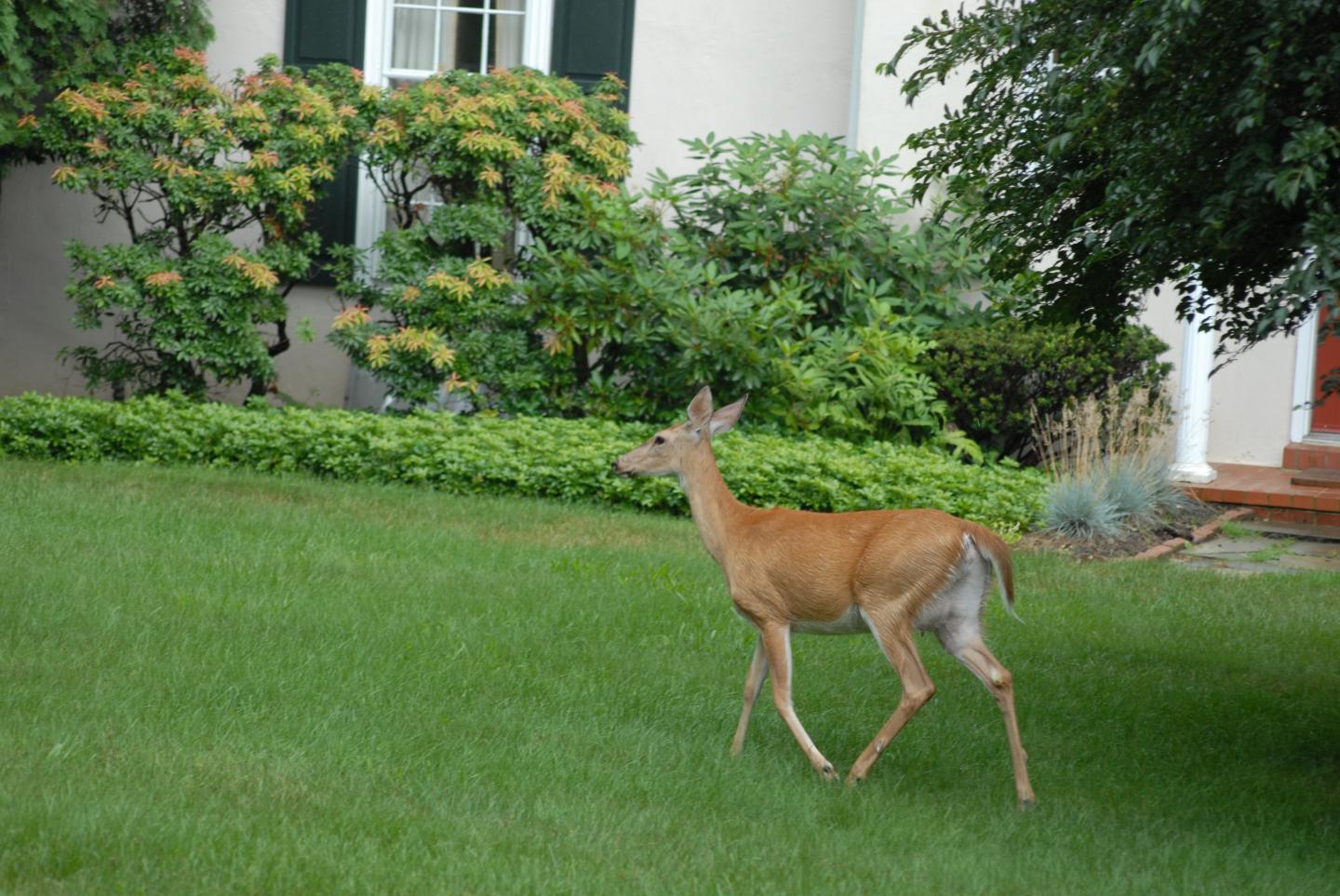 The researchers then compared these data to the Human Footprint Index of the areas where the animals were moving. The index measures how much an area has been changed by human activities such as infrastructure, settlements or agriculture.

In Pennsylvania, Diefenbach has seen the effect that human-built structures such as roads and pipelines have on both deer home ranges and movement. Deer tend to avoid areas where there are few roads, he explained, but in areas with a high density of roads, that behavior flips and they are actually more likely to be associated with roads and spend time along them.

"I can't explain why they have shown that pattern," he said. "When yearling deer disperse from where they were born, we know they are less likely to cross a busy highway and they are more likely to disperse away from a busy highway. We know that when they set up home ranges, things like roads, pipelines, streams and physical changes in the landscape will help define the boundaries of where they spend their time, their home range. So when humans build roads and pipelines, animals will naturally use those landscape features as boundaries of their home range," which may be another reason why deer home ranges are smaller in fragmented landscapes.

The global research was supported by the Robert Bosch Foundation and the Minerva Center for Movement Ecology. Diefenbach's forest-deer study is funded by the Pennsylvania Game Commission, the Pennsylvania Department of Conservation and Natural Resources' Bureau of Forestry and the U.S. Geological Survey.