As matter is broken down around a black hole, jets of electrons are launched by the magnetic field from either pole of the black hole at almost the speed of light. Astronomers have long been flummoxed by these jets.

Chris Packham, associate professor of physics and astronomy at The University of Texas at San Antonio (UTSA), has collaborated on a new study that expands the scientific community’s understanding of black holes in our galaxy and the magnetic fields that surround them.

“Dr. Packham’s collaborative work on this study is a great example of the innovative research happening now in physics at UTSA. I’m excited to see what new research will result from these findings,” said George Perry, dean of the UTSA College of Sciences and Semmes Foundation Distinguished University Chair in Neurobiology.

Packham and astronomers lead from the University of Florida observed the magnetic field of a black hole within our own galaxy from multiple wavelengths for the first time. The results, which were a collective effort among several researchers, are deeply enlightening about some of the most mysterious objects in space.

A black hole is a place in space where gravity pulls so strongly that even light cannot escape its grasp. 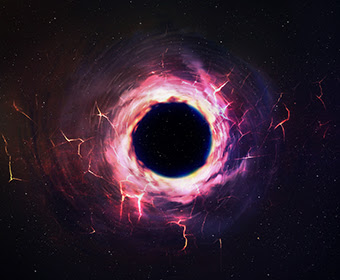 Black holes usually form when a massive star explodes and the remnant core collapses under the force of intense gravity. As an example, if a star around 3 times more massive than our own Sun became a black hole, it would be roughly the size of San Antonio. The black hole Packham and his collaborators featured in their study, which was recently published in Science, contains about 10 times the mass of our own sun and is known as V404 Cygni.

“The Earth, like many planets and stars, has a magnetic field that sprouts out of the North Pole, circles the planet and goes back into the South Pole. It exists because the Earth has a hot, liquid iron rich core,” said Packham. “That flow creates electric currents that create a magnetic field. A black hole has a magnetic field as it was created from the remnant of a star after the explosion.”

V404 Cygni is a low mass black hole binary system that periodically erupts as a Nova. The Swift x-ray satellite detected "light" echoes of x-rays from the latest eruption reflecting off rings of dust around the system. 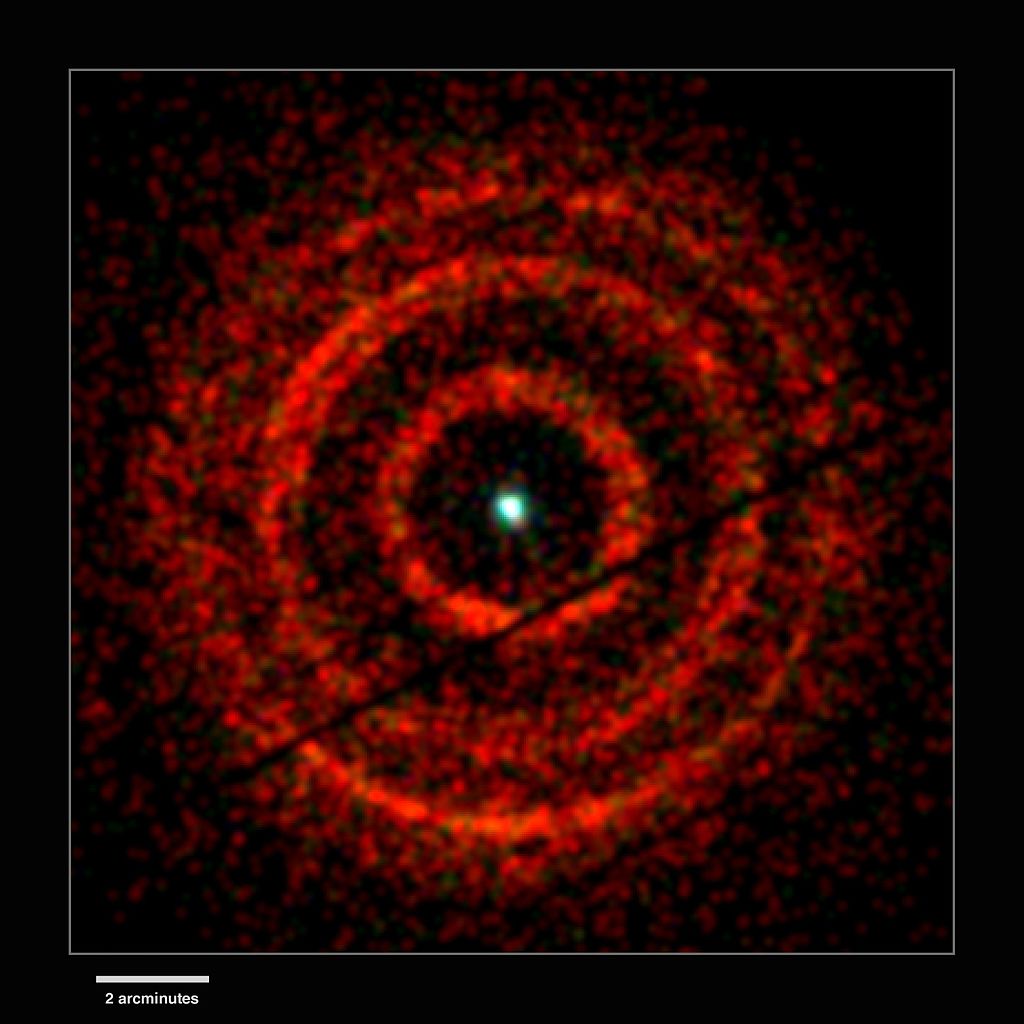 These new and unique observations of the jets and estimates of magnetic field of V404 Cygni involved studying the body at several different wavelengths. These tests allowed the group to gain a much clearer understanding of the strength of its magnetic field. They discovered that magnetic fields are much weaker than previously understood, a puzzling finding that calls into question previous models of black hole components. The research shows a deep need for continued studies on some of the most mysterious entities in space.

“We need to understand black holes in general,” Packham said. “If we go back to the very earliest point in our universe, just after the big bang, there seems to have always been a strong correlation between black holes and galaxies. It seems that the birth and evolution of black holes and galaxies, our cosmic island, are intimately linked. Our results are surprising and one that we’re still trying to puzzle out.”

V404 Cygni is a microquasar and a binary system in the constellation of Cygnus. It contains a black hole with a mass of about 9 M☉ and an early K giant star companion with a mass slightly smaller than the Sun. The star and the black hole orbit each other every 6.47129 d at fairly close range. Due to their proximity and the intense gravity of the black hole, the companion star loses mass to an accretion disk around the black hole and ultimately to the black hole itself.

The "V" in the name indicates that it is a variable star, which repeatedly gets brighter and fainter over time. It is also considered a nova, because at least three times in the 20th century it produced a bright outburst of energy. Finally, it is a soft X-ray transient because it periodically emits short bursts of X-rays.

In 2009, the black hole in the V404 Cygni system became the first black hole to have an accurate parallax measurement for its distance from the Solar System. Measured by very-long-baseline interferometry using the High Sensitivity Array, the distance is 2.39±0.14 kiloparsecs, or 7800±460 light-years.

Citation: “A precise measurement of the magnetic field in the corona of the black hole binary V404 Cygni.”