Are Viruses Everywhere in the Universe

Viruses are the most abundant and one of the least understood biological entities on Earth. They might also exist in space, but as of yet scientists have done almost no research into this possibility.

Viruses are the most abundant biological entities on modern Earth. They are highly diverse both in structure and genomic sequence, play critical roles in evolution, strongly influence terran biogeochemistry, and are believed to have played important roles in the origin and evolution of life.
However, there is yet very little focus on viruses in astrobiology.

Viruses arguably have coexisted with cellular life-forms since the earliest stages of life, may have been directly involved therein, and have profoundly influenced cellular evolution. Viruses are the only entities on modern Earth to use either RNA or DNA in both single- and double-stranded forms for their genetic material and thus may provide a model for the putative RNA-protein world

A collage of protein and virus crystals, many of which were grown on the U.S. Space Shuttle or Russian Space Station, Mir. 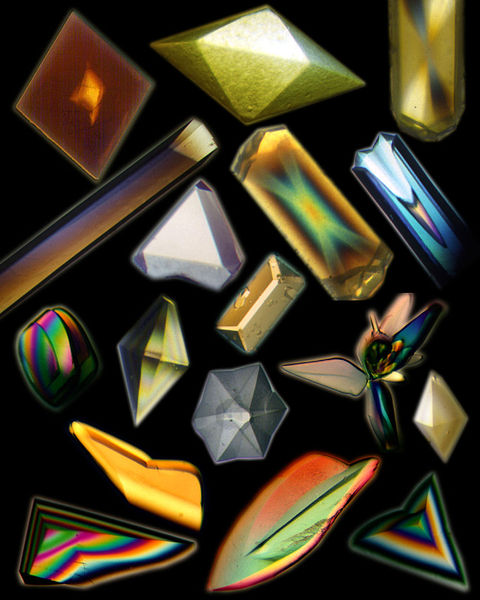 Portland State University biology professor Ken Stedman and colleagues are trying to change this through their article “Astrovirology: Viruses at Large in the Universe,” published in the February 2018 issue of the journal Astrobiology. In this call to arms, the authors state that NASA and other space agencies should be looking for viruses in liquid samples from Saturn and Jupiter’s moons, develop technology to detect viruses in ancient deposits on Earth and Mars, and determine if Earth viruses could survive in space.

“More than a century has passed since the discovery of the first viruses,” said Stedman, who teaches at PSU’s College of Liberal Arts & Sciences. “Entering the second century of virology, we can finally start focusing beyond our own planet.”

Stedman argues that since there are more viruses on Earth -- 10 to 100 times more than any other cellular organism -- the same could be true on other planets and moons. Viruses also appear to be extremely ancient, may have been involved in the origin of life and have probably been involved in major evolutionary transitions on Earth.

“With this paper, we hope to inspire integration of virus research into astrobiology and also point out pressing unanswered questions in astrovirology, particularly regarding the detection of virus biosignatures and whether viruses could be spread extraterrestrially,” Stedman said.

Stedman, co-founder of PSU’s Center for Life in Extreme Environments, wrote the article with colleagues Aaron Berliner from the Center for the Utilization of Biological Engineering in Space at the UC Berkeley, and Tomohiro Moichizuki from the Earth-Life Science Institute at the Tokyo Institute of Technology.

Stedman has funding from NASA for virus evolution research. He was previously funded by NASA to work on virus preservation. These results led to him founding a vaccine-stabilization company based on NASA-funded research.