Although more than one in three Americans still don’t get enough sleep, a new analysis shows first signs of success in the fight for more shut eye.

According to data from 181,335 respondents aged 15 and older who participated in the American Time Use Survey (ATUS) between 2003 and 2016, most Americans averaged an extra 7.5 hours of sleep each year over the 14-year period. The study, by researchers at the Perelman School of Medicine at the University of Pennsylvania, was published online this month in the journal Sleep. 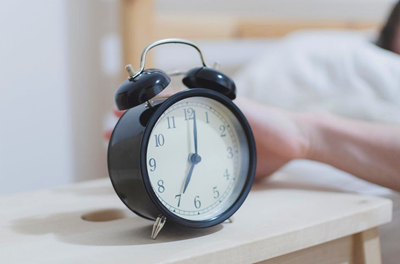 This is the first study to show that sleep duration has increased among broad segments of the United States population (students 15 and older, people who are employed, and retirees) over this period. The increase in sleep duration was mostly explained by respondents turning in earlier at night, and to a lesser degree by getting up later in the morning.

In addition to sleep, the ATUS covers all waking activities over a 24-hour period and thus allowed Penn researchers to investigate behaviors that could be responsible for the increase in sleep duration. For example, over the 14-year period, fewer respondents decided to read or watch TV prior to bed in the evening, two prominent activities that compete with sleep for time.

“This shows an increased willingness in parts of the population to give up pre-bed leisure activities to obtain more sleep,” said the study’s lead author, Mathias Basner, MD, PhD, an associate professor of Sleep and Chronobiology in Psychiatry. “Also, the data suggest that increasing opportunities to work, learn, bank, shop, and perform administrative tasks online and from home freed up extra time, and some of it was likely used to get more sleep.”

No significant sleep time trend was found for unemployed respondents or those not in the labor force, thus bringing attention to the difficulty of work/family balance and the finding that sometimes people sacrifice sleep to make the other two work. In earlier work, the Penn team identified time spent working as the #1 waking activity competing with sleep for time. Changes in time spent working were not found to play a substantial role in the increasing sleep time trend in this study, though.

The study also showed that the number of Google searches on the topic “sleep” has more than doubled and scientific publications on “short sleep” and its consequences has grown more than 10 fold from 2003 to 2016, and was highly correlated with the observed increase in sleep duration. Although the team says this does not prove causality, it gives hope that increasing awareness through reports of insufficient sleep and its consequences as well as campaigns to encourage healthy sleep – such as the 2013 National Healthy Sleep Awareness Project – may be working.

The dangers of short sleep are well documented. Earlier research by senior author David F. Dinges, PhD, chief of the division of Sleep and Chronobiology, showed that cognitive performance and vigilant attention decline quickly after being awake past 16 hours or if sleep is chronically curtailed, which increases the risk for errors and accidents. Also, additional studies have found associations between chronic short sleep and obesity, hypertension, diabetes, cardiovascular disease, and declines in cognitive function.

In 2015, the American Academy of Sleep Medicine and Sleep Research Society published a consensus statement that adults should sleep 7 or more hours per night on a regular basis to promote optimal health.

“As researchers, increasing awareness of short sleep and its consequences remains a critically important task to improve public health,” said Basner. “At the same time, this data provides new hope that these efforts may be effective in motivating many Americans to sleep more.”

The researchers caution that the findings need to be replicated and that there is still a long way to go in the fight against chronic, widespread sleep loss. Since the ATUS is a survey, more population research with objective measures of sleep is needed. The authors also add that an increase in reported “long sleep,” i.e. for more than nine hours each night, of 0.48 percent/year over this 14-year period, calls for further research into the health effects of “long sleep.”