Our genes (aka. the genotype) determine our characteristics (aka. the phenotype). Evolution acts on changes in the phenotype, which occur when mutations change the underlying genotype. But what changes to the phenotype can be produced by mutations is not without bounds - ants cannot suddenly grow a trunk, or become the size of an elephant.

Researchers at the Institute of Science and Technology Austria (IST Austria) found that in a gene regulatory system in the bacterium Escherichia coli, the more components that are mutated, the more freely the system can evolve. This is the result of a study published by a team led by Calin Guet and Jonathan Bollback, with first author postdoc Mato Lagator, in eLife.

The effects of mutations define how a system can change. But when we take a system composed of several components, such as a system that regulates gene expression, what happens when not only a single component is mutated, but several? Does the system have fewer options for change, or more? The researchers studied this question in a small gene regulatory system in E. coli that consists of two components: a transcription factor, which is a protein that controls the rate of transcription of genetic information from DNA to RNA; and its binding site on the DNA, where the transcription factor binds to start transcription. In this study, the scientists looked at what happens when they mutate each component on its own, and when they mutate both components at the same time.

First author Mato Lagator is analyzing the phenotype of a sample of E.Coli mutants. 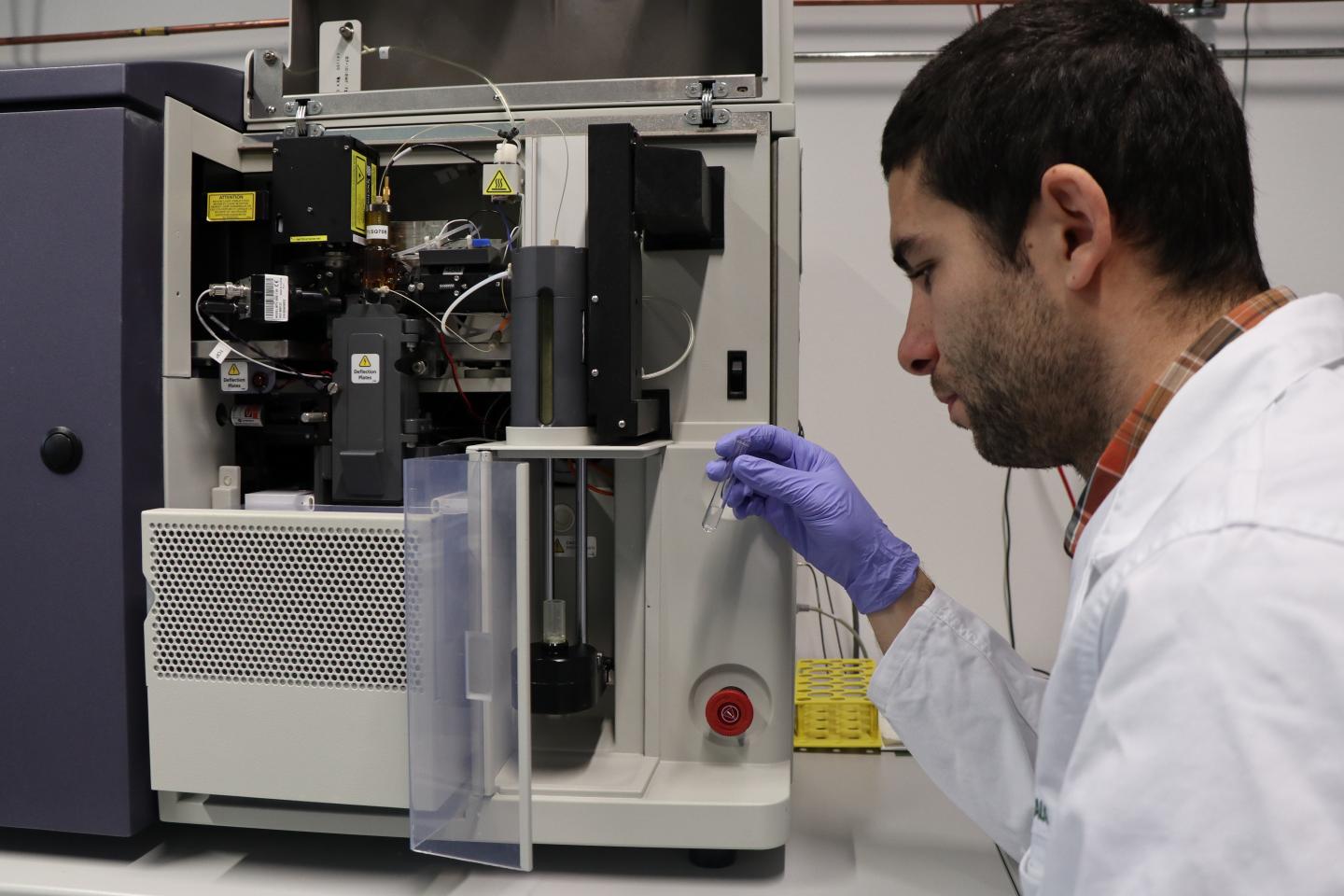 Somewhat counterintuitively, they found that the system's evolution is less limited when more components are mutated. "In stark contrast to what I assumed prior to conducting the experiments, if we mutate several components, the system can evolve more freely. This came as quite a surprise to me!" says first author Mato Lagator. The team then looked at why the system can evolve in more directions, compared to its individual components.

They found that the system evolves more freely because mutations in the two components interact with each other, a phenomenon they call "intermolecular epistasis". Mato Lagator explains its significance: "Epistasis means that 1+1 does not equal 2, but 3 or 0. Genetically speaking, one point mutation changes the transcription factor so that the phenotype of our gene regulatory system changes by X, and the other point mutation changes the binding site so that the phenotype changes by Y. Now, when both mutations occur together, the phenotype is not simply X+Y, it is different." This means that mutations interact, giving the whole system more freedom to change and evolve.

So far, our understanding of epistasis has mostly been descriptive, but how the existing molecular mechanisms define the patterns of epistasis has not been understood. In this study, the researchers give a mechanistic understanding of how the mutations in two different molecules interact, explains Mato Lagator: "Most excitingly, we show that - in this gene regulatory system - most of the epistasis arises from the genetic structure of the system. This structure determines how the mutations interact with each other."

Contacts and sources:
Elisabeth Guggenberger
The Institute of Science and Technology (IST Austria)