Dogs were the first animal to be domesticated and worked with hunters before the advent of farming. Dogs are descended from a grey wolf ancestor.

While conducting research in the Saudi Arabian desert, scientists from the Max Planck Institute for the Science of Human History and the Max Planck Institute for Evolutionary Anthropology uncovered significant evidence of early human settlement in the region. Over 1,400 images carved in the rock show people hunting with dogs. The researchers believe they are at least 8,000 to 9,000 years old.

Hunting scene with a lion and two dogs. A further five dogs are engraved behind the lion. The carvings were highlighted in white to make the images clearer. 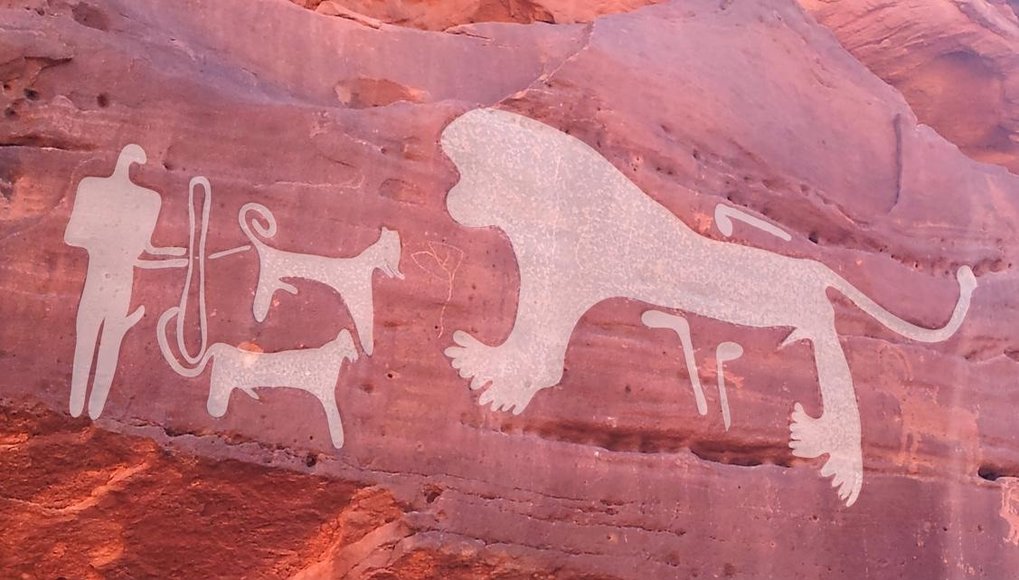 Over 15,000 years ago – some experts even say 40,000 – people began domesticating wolves and eventually started to breed dogs. The role played by these animals nevertheless remains shrouded in mystery. The scenes discovered by the Max Planck researchers provide a first ever insight into life with dogs in early human history.

Hunting scenes are depicted in some of the rock art. Men are shown with bows and arrows shooting at gazelles, antelopes, lions and leopards which are contained by dogs. Other images show how dogs hunt down small game, like gazelles and ibexes, by biting them. These findings enable the researchers to draw conclusions about the hunting methods of early settlers.

Historical sequence of images: pictures of cattle were added to an older depiction of dogs and hunters, partly covering it.

Excavations prove that the region was settled 10,000 years ago. People began keeping livestock here some 7,000 to 8,000 years ago. The research team suspects that the hunting scenes predate that period which means they are more than 8,000 years old. It is believed that other rock art showing herds of cows were completed at a later date. As these images partly cover the hunting scenes and possess similar stylistic characteristics, the difference in age is probably not that great.

A recomposed image of a large hunting scene: The leashes, joining two of the dogs to the hunter on the right-hand side, are clearly recognizable. 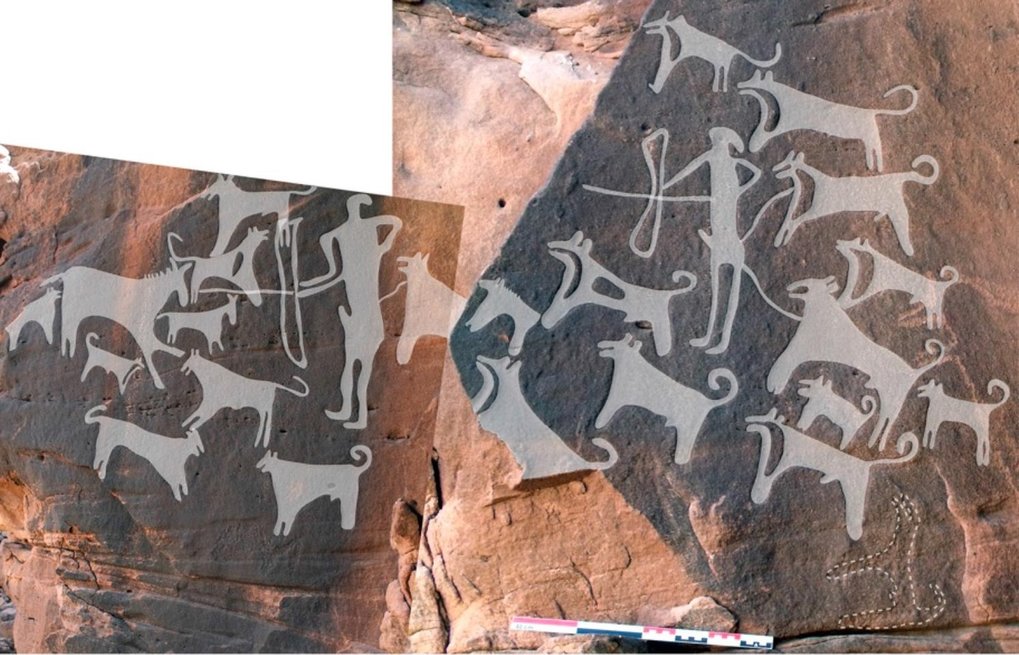 It is notable that individual dogs are kept on leashes in the hunting scenes. Images of leashes had only previously been found in ancient Egyptian art which is much more recent. The hunters may have wanted to prevent valuable dogs particularly adept at picking up the scent of prey from getting injured during the hunt. Alternatively, they may have wished to keep the dogs close to them for their own protection. Another possibility is that they kept leashes on young dogs who they wanted to train to hunt.

Not only do the images reveal a great deal about how the dogs were used, the researchers are also able to deduce the breed. The animals depicted bear a striking resemblance to the modern-day Canaan dog breed. The dogs engraved in the rock have the same physique, pointed ears, curled tail and even characteristic patches in their coats.

The dogs in the pre-historic rock art bear a striking resemblance to the Canaan dog, a modern-day breed from Israel. 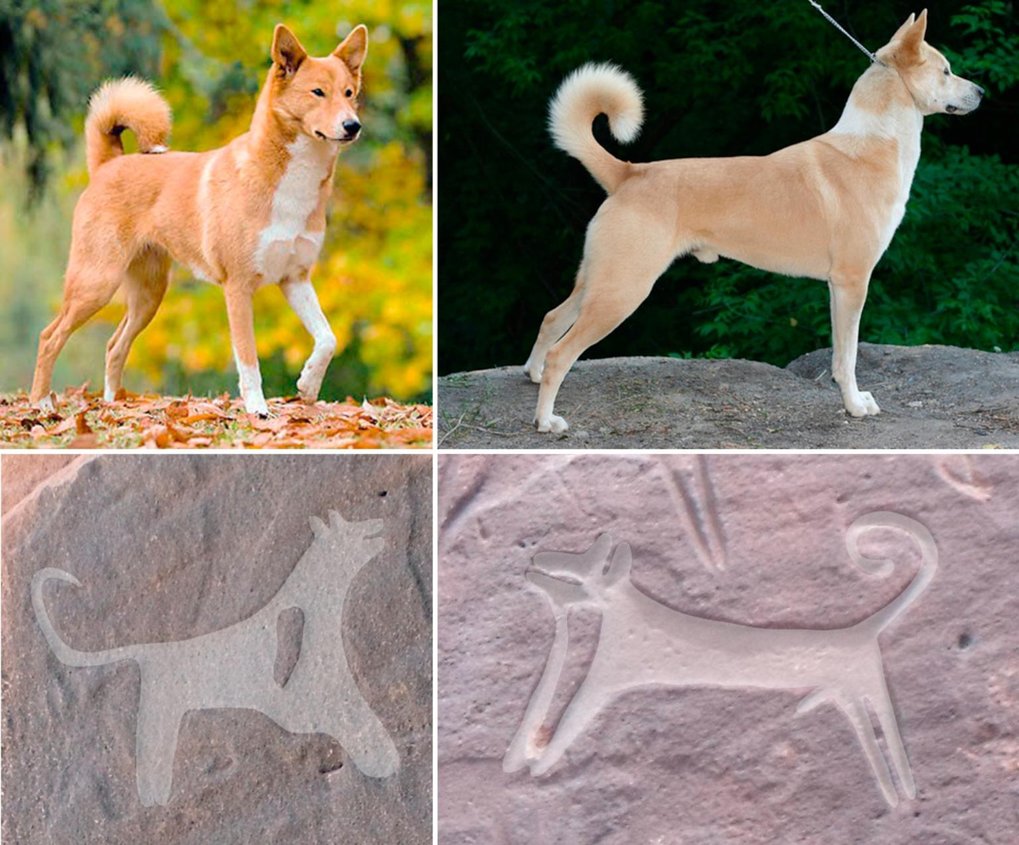