One in the Hand Worth Two in the Bush? Tendency to Undervalue Future Rewards Linked to ADHD, Obesity

Researchers at University of California San Diego School of Medicine have found a genetic signature for delay discounting — the tendency to undervalue future rewards — that overlaps with attention-deficit/hyperactivity disorder (ADHD), smoking and weight.

In a study published December 11 in Nature Neuroscience, the team used data of 23andme customers who consented to participate in research and answered survey questions to assess delay discounting. In all, the study included the data of more than 23,000 people to show that approximately 12 percent of a person’s variation in delay discounting can be attributed to genetics — not a single gene, but numerous genetic variants that also influence several other psychiatric and behavioral traits.

In a classic delay discounting experiment, children given the choice between one marshmallow now or two marshmallows a few minutes later. 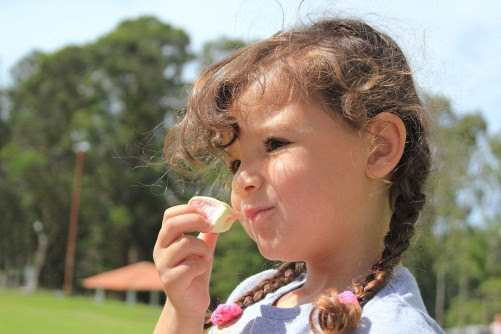 “Studying the genetic basis of delay discounting is something I’ve wanted to do for the entirety of my 20 years of research, but it takes a huge number of people for a genetics study to be meaningful,” said senior author Abraham Palmer, PhD, professor of psychiatry and vice chair for basic research at UC San Diego School of Medicine. “By collaborating with a company that already has the genotypes for millions of people, all we needed was for them to answer a few questions. It would have been difficult to enroll and genotype this many research participants on our own in academia — it would’ve taken years and been cost prohibitive. This is a new model for science.”

According to Palmer, every complicated nervous system needs a way of assessing the value of current versus delayed rewards. Most people think of the “marshmallow experiment,” he said, referring to the classic experiment where children were tested for their ability to delay gratification by giving them the choice between one marshmallow now or two marshmallows a few minutes later.

“A person’s ability to delay gratification is not just a curiosity, it’s integrally important to physical and mental health,” Palmer said. “In addition, a person’s economic success is tied to delay discounting. Take seeking higher education and saving for retirement as examples — these future rewards are valuable in today’s economy, but we’re finding that not everyone has the same inclination to achieve them.”

For the study, the team looked at data from 23andMe research participants who answered survey questions that could be used to assess delay discounting. For example, customers were asked to choose between two options: “Would you rather have $55 today or $75 in 61 Days?”

"In less than four months, we had responses from more than 23,000 research participants,” said Pierre Fontanillas, PhD, a senior statistical geneticist at 23andMe. “This shows the power of our research model to quickly gather large amounts of phenotypic and genotypic data for scientific discovery.”

By comparing participants’ survey responses to their corresponding genotypes and complementary data from other studies, Palmer’s team found a number of genetic correlations.

“We discovered, for the first time, a genetic correlation between ADHD and delay discounting,” said first author Sandra Sanchez-Roige, PhD, a postdoctoral researcher in Palmer’s lab. “People with ADHD place less value in delayed rewards. That doesn’t mean that everyone with ADHD will undervalue future rewards or vice versa, just that the two factors have a common underlying genetic cause.”

The researchers also found that delay discounting is genetically correlated with smoking initiation. In other words, people who undervalue future rewards may be more likely to start smoking and less likely to quit if they did.

Body weight, as determined by body mass index (BMI), was also strongly correlated with delay discounting, suggesting that people who don’t place a high value on future rewards tend to have a higher BMI.

In many studies that rely on surveys, particularly for those in which the participants are paid to fill out the survey, there’s always a chance that some answered randomly or carelessly. Palmer’s survey included three questions to assess how carefully the research participants were answering the questions. For example, one asked “Would you rather have $60 today or $20 today?” There’s only one correct answer and the team saw only 2.1 percent of participants get even one of those three questions wrong, assuring them that the vast majority were answering the questions carefully.

“We are very thankful to the 23andMe research participants who took the time to complete our survey — they weren’t paid to do it, they are citizen-scientists volunteering their help,” Palmer said. “It’s quite a feeling to think that so many people were willing to help out in this interest of ours.”

Palmer hopes to expand the study to a larger and more diverse population to strengthen their findings.

“An even larger study would help start identifying specific genes with a higher level of confidence,” he said. “Then we can do hypothesis-driven studies of this trait with animal or cellular models.”

While most research studies begin in test tubes, cells grown in the laboratory and animal models before moving to humans, the opposite is true here. After starting with these human observations, Palmer’s team is now studying the same delay discounting-related genetic traits in rodent models. They want to determine if changing those genes experimentally changes rodent behavior as expected. If it does, they will be able to use the animals to study how those delay discounting-related genes lead to those behaviors, at a molecular level.

This research was funded, in part, by the Peter Boris Chair in Addictions Research at McMaster University/St. Joseph’s Healthcare Hamilton, Frontiers of Innovation Scholars Program and Interdisciplinary Research Fellowship in NeuroAIDS.