Dementia affects millions of people worldwide, robbing them of their ability to think, remember and live as they once did. In the search for new ways to fight cognitive decline, scientists report in ACS’ Journal of Agricultural and Food Chemistry that blueberry vinegar might offer some help. They found that the fermented product could restore cognitive function in mice.

Recent studies have shown that the brains of people with Alzheimer’s disease, the most common form of dementia, have lower levels of the signaling compound acetylcholine and its receptors. Research has also demonstrated that blocking acetylcholine receptors disrupts learning and memory. Drugs to stop the breakdown of acetylcholine have been developed to fight dementia, but they often don’t last long in the body and can be toxic to the liver. 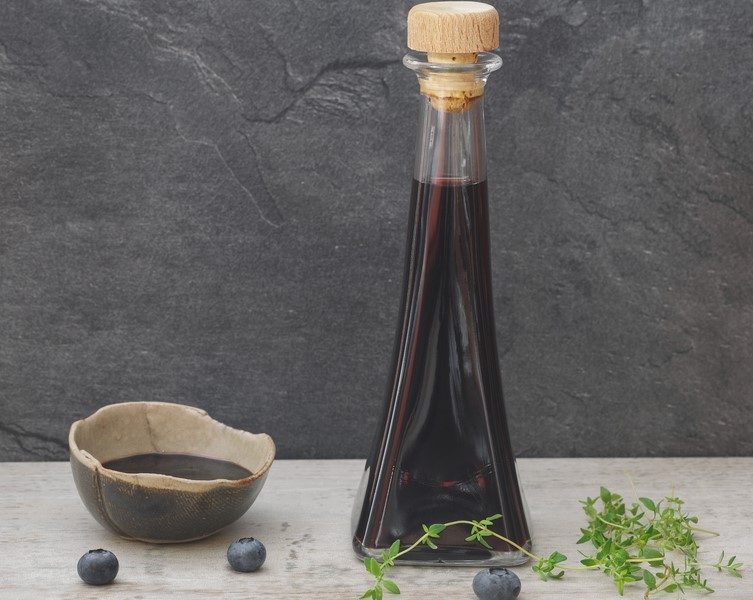 Natural extracts could be a safer treatment option, and some animal studies suggest that these extracts can improve cognition. Additionally, fermentation can boost the bioactivity of some natural products. So Beong-Ou Lim and colleagues wanted to test whether vinegar made from blueberries, which are packed with a wide range of active compounds, might help prevent cognitive decline.

To carry out their experiment, the researchers administered blueberry vinegar to mice with induced amnesia. Measurements of molecules in their brains showed that the vinegar reduced the breakdown of acetylcholine and boosted levels of brain-derived neurotrophic factor, a protein associated with maintaining and creating healthy neurons.

To test how the treatment affected cognition, the researchers analyzed the animals’ performance in mazes and an avoidance test, in which the mice would receive a low-intensity shock in one of two chambers. The treated rodents showed improved performance in both of these tests, suggesting that the fermented product improved short-term memory. Thus, although further testing is needed, the researchers say that blueberry vinegar could potentially be a promising food to help treat amnesia and cognitive decline related to aging.

Instructions
In a large non-reactive saucepan, crush the blueberries with a potato masher or back of a large spoon. Stir in vinegar and sugar; bring to a boil and stir until sugar dissolves. Remove from heat and allow to cool.

Pour the mixture into 1-quart jar or storage container; cover and refrigerate 48 hours to allow flavors to blend.

In a fine wire sieve, strain blueberry mixture pressing out as much liquid as possible; discard solids. Line the sieve with cheesecloth and strain out finer particles. Pour vinegar into a glass bottle or jar and cover. Refrigerate.