A tiny Indonesian island, previously unexplored by archaeologists, has been found to be unusually rich in ancient cave paintings following a study by researchers from The Australian National University (ANU).

The team uncovered a total of 28 rock art sites dating from at least 2,500 years ago on the island of Kisar which measures just 81 square kilometres and lies north of Timor-Leste.

Lead archaeologist, Distinguished Professor Sue O'Connor from the School of Culture, History and Language, said the paintings help tell the story of the region's history of trade and culture.

"Archeologically, no one has ever explored this small island before," Professor O'Connor said.

"These Indonesian islands were the heart of the spice trade going back for thousands of years.

"The paintings we found depict boats, dogs, horses and people often holding what look like shields.

These are people depicted gesturing in Kisar Island rock art. 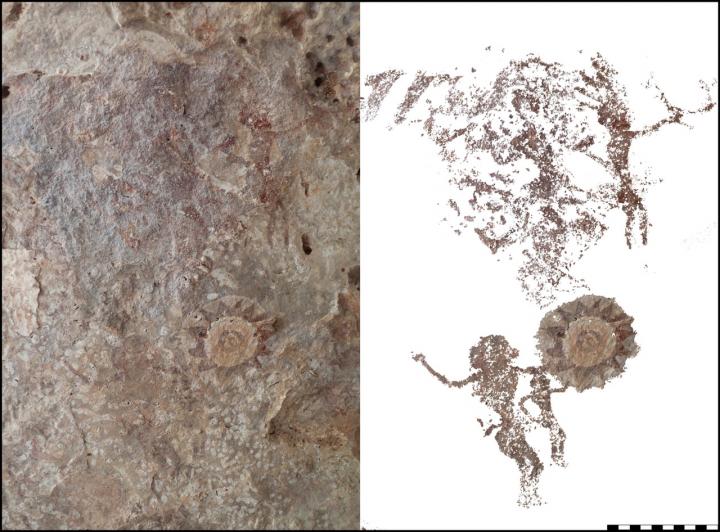 Professor O'Connor said the discovery pointed to a stronger shared history with the neighbouring island of Timor than had previously been known.

"The Kisar paintings include images which are remarkably similar to those in the east end of Timor-Leste," she said.

"A distinctive feature of the art in both islands is the exceptionally small size of the human and animal figures, most being less than 10 centimetres.

"Despite their size, however, they are remarkably dynamic."


These are boat figures depicted in Kisar Island rock art 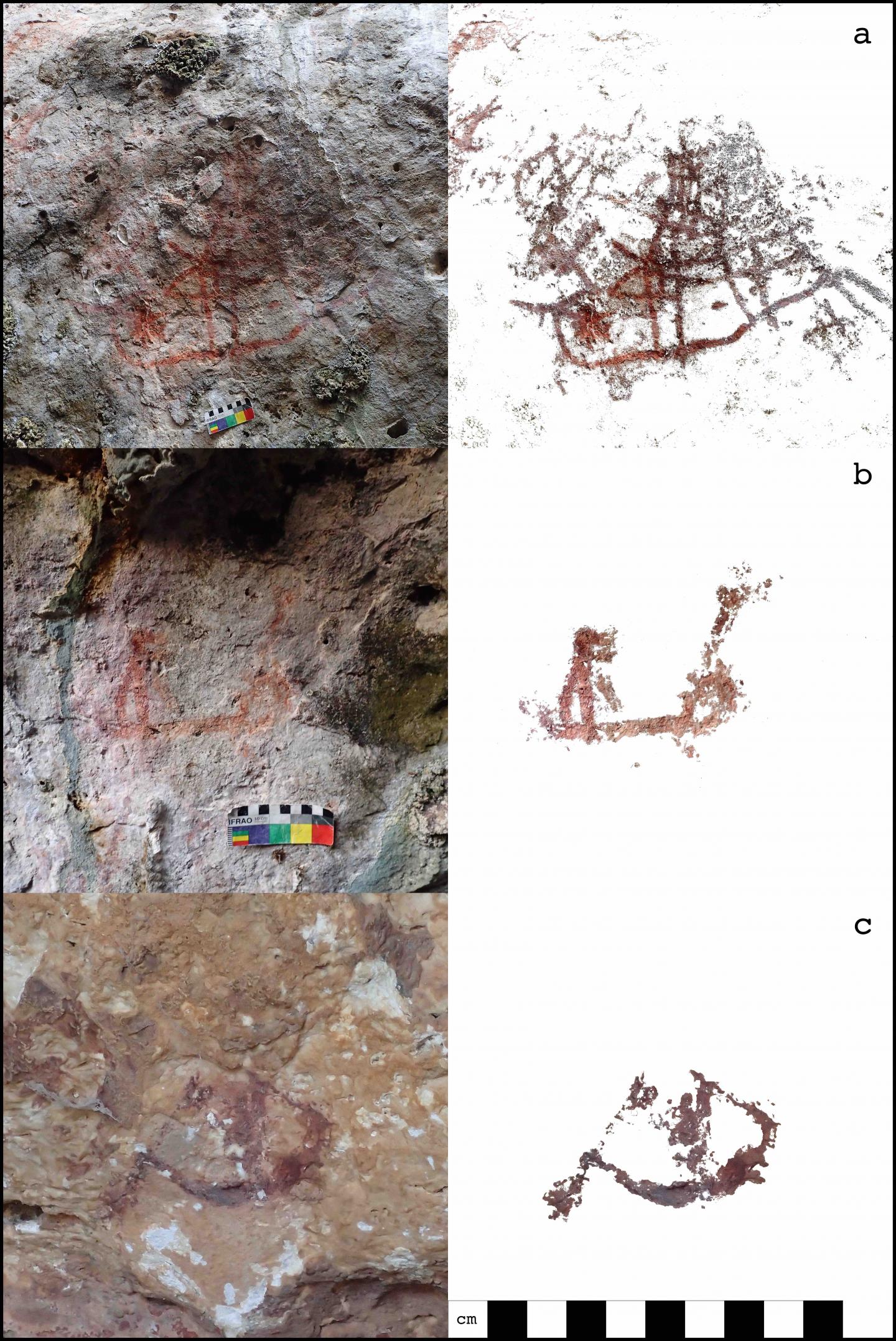 
Professor O'Connor said the relationship between the two islands likely extends back to the Neolithic period 3,500 years ago, which saw an influx of Austronesian settlers who introduced domestic animals, such as the dog, and perhaps cereal crops.

However, the close parallels between some of the painted figures and images cast on metal drums that began to be produced in northern Vietnam and southwest China about 2,500 years ago and traded throughout the region, indicate a more recent date for some of the paintings.

"These paintings perhaps herald the introduction of a new symbolic system established about two thousand years ago, following on the exchange of prestige goods and the beginning of hierarchical societies" she said.


This is a map of Kisar Island. 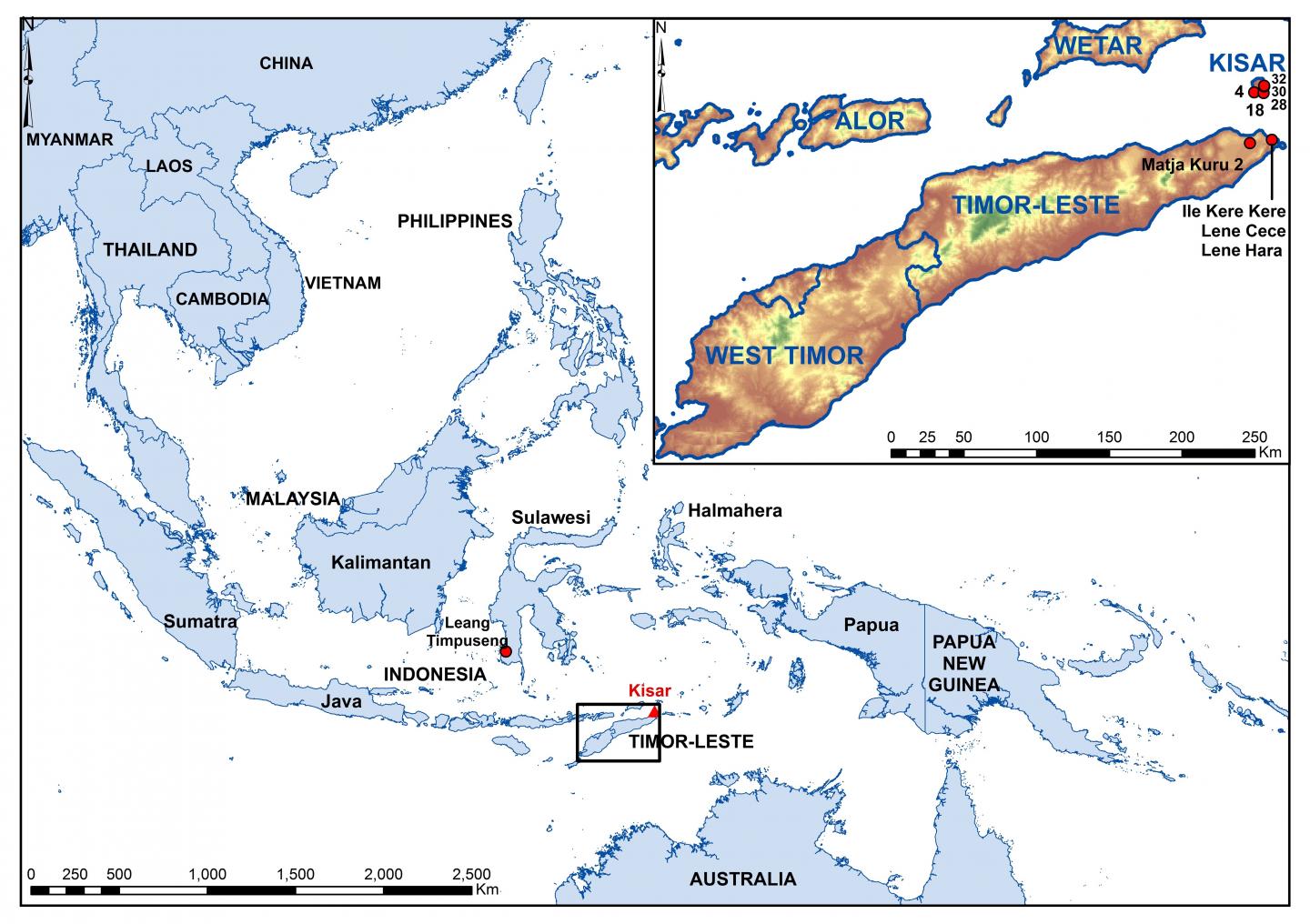 
The research was funded through the Australian Research Council's Kathleen Fitzpatrick Australian Laureate Fellowship and done in partnership with the University of Gadjah Mada in Yogyakarta. 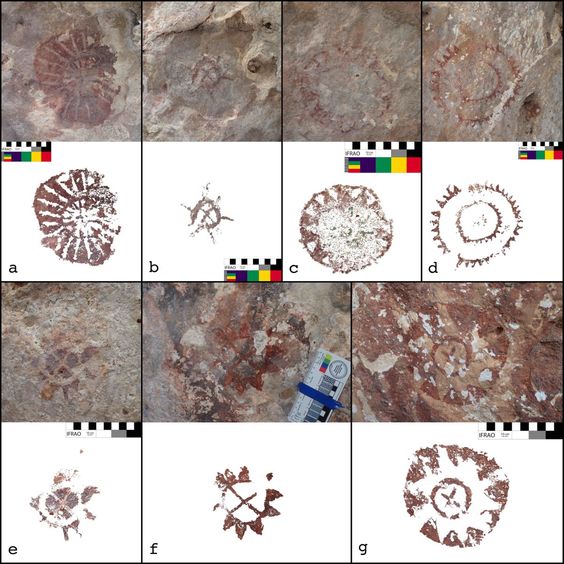 A paper describing rock paintings at five of the discovered sites has been published in the Cambridge Journal of Archaeology.
on December 16, 2017