Analysis of giant stone hats found on Rapa Nui, Chile (Easter Island) provides evidence contrary to the widely held belief that the ancient civilization had a warrior culture. According to a new study conducted by a team of researchers, including a professor at Binghamton University, State University of New York, these stone hats suggest that the people of Rapa Nui were part of a supportive and inclusive community.

Carl Lipo, anthropology professor and director of the Environmental Studies Program at Binghamton University, and a team of researchers studied the monumental statues (moai) on Rapa Nui, and the previously unacknowledged giant stone hats (pukao) that were placed atop them. Pukao are large, cylindrical stones made from a volcanic rock known as 'red scoria.' Weighing multiple tons, they were placed on the heads of the moai during prehistoric times, consistent with the Polynesian traditions of honoring their ancestors.


Pukao are large, cylindrical stones made from a volcanic rock known as 'red scoria.' Weighing multiple tons, they were placed on the heads of the moai during prehistoric times, consistent with the Polynesian traditions of honoring their ancestors. 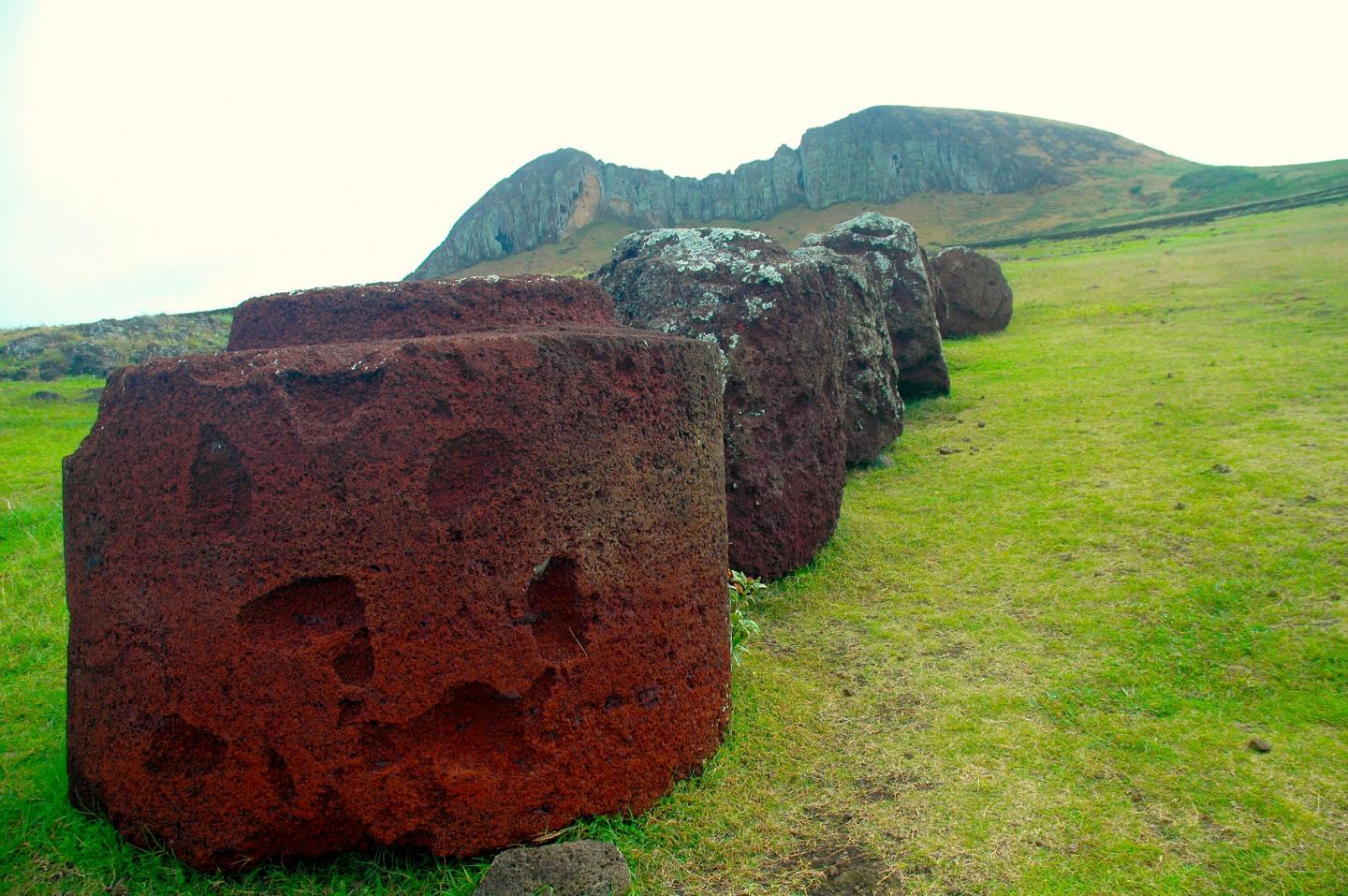 The researchers produced the first study analyzing the pukao and their significance, examining the 70 multi-ton giant hats scattered around the island that have gradually eroded over time. Using photography to produce 3D computer models, the researchers were able to study the pukao in greater detail and discovered that there are far more drawings carved into the hats than was previously thought.

"With the building mitigating any sense of conflict, the moai construction and pukao placement were key parts to the success of the island," said Lipo. "In our analysis of the archaeological records, we see evidence that demonstrates the prehistoric communities repeatedly worked together to build monuments. The action of cooperation had a benefit to the community by enabling sharing of information and resources."

While Easter Island is famous, the archaeological record of the island is not well-documented, said Lipo. He believes that scientists can learn a great deal from the pukao by examining this new information.

"Every time we look at the archaeological record of the island, we are surprised by what we find. There is much more to be learned from this remarkable place -- important answers that shed light on the abilities of our ancestors, as well as potential ideas for contemporary society about what it takes to survive on a tiny and remote island," said Lipo.

The paper "Using Structure from Motion Mapping to Record and Analyze Details of the Colossal Hats (Pukao) of Monumental Statues on Rapa Nui (Easter Island)," was published in the October issue of Advances in Archaeological Progress.
on December 25, 2017