When Continents Break It Gets Warmer on Earth

The concentration of carbon dioxide (CO2) in the atmosphere determines whether the Earth is in greenhouse or ice age state. Before humans began to have an impact on the amount of CO2 in the air, it depended solely on the interplay of geological and biological processes, the global carbon cycle. A recent study, headed by the GFZ German Research Centre for Geosciences in Potsdam, shows that the break-up of continents - also known as rifting - contributed significantly to higher CO2 concentrations in the atmosphere.

The carbon distribution on Earth is highly unbalanced: In fact only one-hundred-thousandth of the carbon dioxide on our planet is found in the atmosphere, biosphere and the oceans with the remaining 99.999% bound in the deep Earth. However, this enormous carbon store at depth is not isolated from the atmosphere. There is a constant exchange between the underground and the surface over millions of years: Tectonic plates that sink into the deep mantle take large amounts of carbon with them. At the same time it was believed that deep carbon is released due to volcanism at mid-oceanic ridges in the form of CO2.

Our continents result from the fragmentation of the supercontinent Pangea. This plate reconstruction 180 million years ago shows todays countries for orientation. 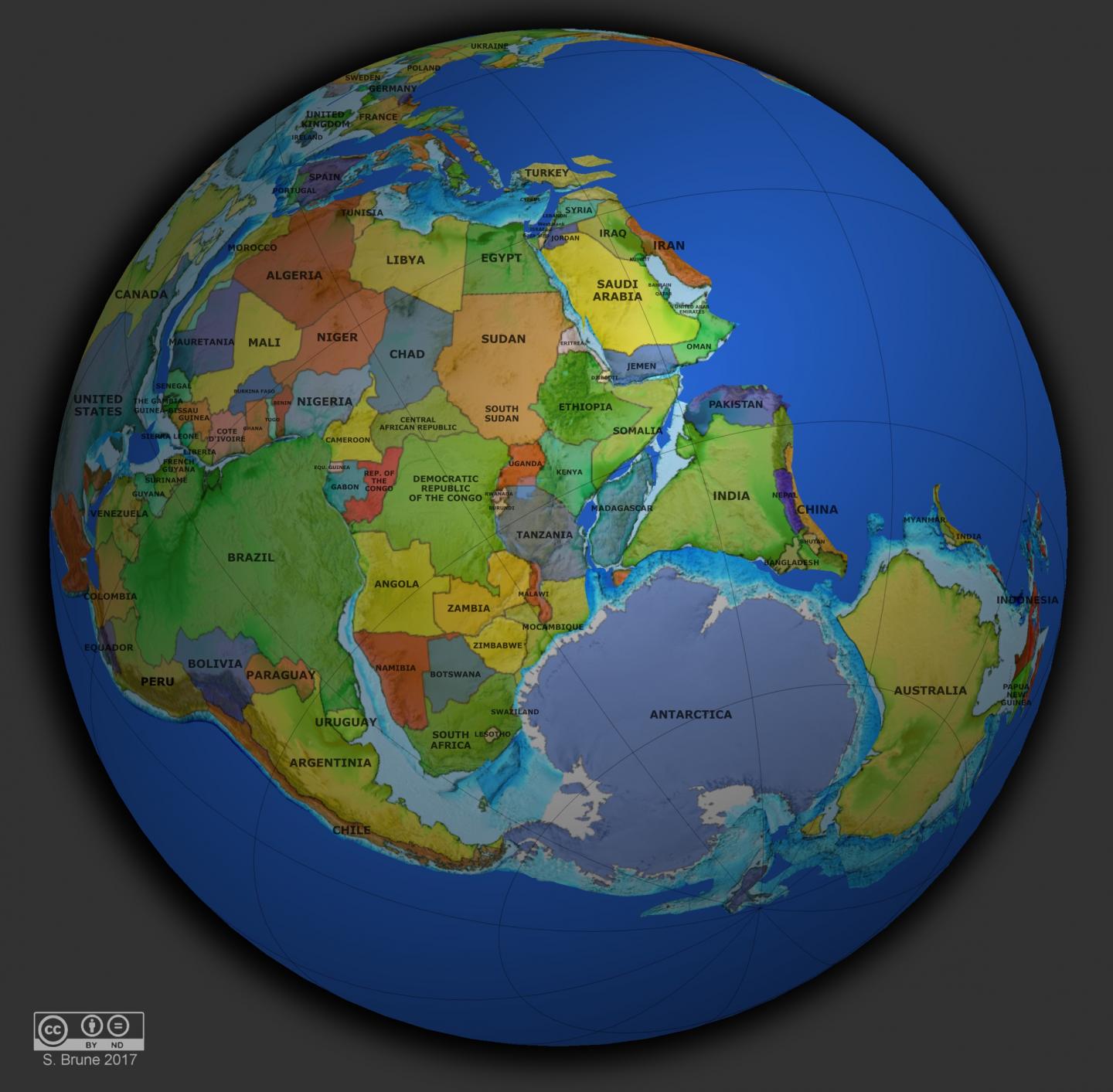 In the current study, published in Nature Geoscience, the research team comes to a different conclusion. Although volcanic activity at the bottom of the ocean floor causes CO2 to be released, the main CO2 input from depth to the atmosphere, however, occurs in continental rift systems such as the East African Rift (Fig. 1) or the Eger Rift in Czech Republic. "Rift systems develop by tectonic stretching of the continental crust, which may lead to break-up of entire plates", explains Sascha Brune from GFZ. "The East African Rift with a total length of 6,000 km is the largest in the world, but it appears small in comparison to the rift systems which were formed 130 million years ago when the supercontinent Pangea broke apart, comprising a network with a total length of more than 40,000 km."

(Fig. 1) The East African Rift System is currently the largest in the world. Yet, the global rift network 130 and 50 million years ago was more than 5 times longer. 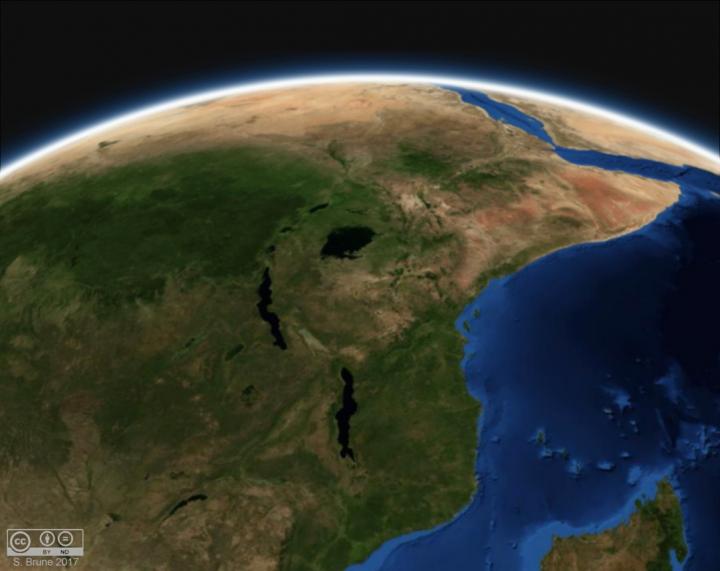 With the help of plate tectonic models of the past 200 million years and other geological evidence scientists have reconstructed how the global rift network has evolved. They have been able to prove the existence of two major periods of enhanced rifting approx. 130 and 50 million years ago. Using numerical carbon cycle models the authors simulated the effect of increased CO2 degassing from the rifts and showed that both rifting periods correlate with higher CO2 concentrations in the atmosphere at that time.

"The global CO2 degassing rates at rift systems, however, are just a fraction of the anthropogenic carbon release today", adds Brune. "Yet, they represent a missing key component of the deep carbon cycle that controls long-term climate change over millions of years."