The "Gooiness" Moon Magma and the Lunar Crust Mystery

The Earth’s Moon had a rough start in life. Formed from a chunk of the Earth that was lopped off during a planetary collision, it spent its early years covered by a roiling global ocean of molten magma before cooling and forming the serene surface we know today.

A research team led by The University of Texas at Austin Jackson School of Geosciences took to the lab to recreate the magmatic melt that once formed the lunar surface and uncovered new insights on how the modern moonscape came to be. Their study shows that the Moon’s crust initially formed from rock floating to the surface of the magma ocean and cooling.

However, the team also found that one of the great mysteries of the lunar body’s formation – how it could develop a crust composed largely of just one mineral – cannot be explained by the initial crust formation and must have been the result of some secondary event.

The University of Texas at Austin/Jackson School of Geosciences

“It’s fascinating to me that there could be a body as big as the Moon that was completely molten,” said Nick Dygert, an assistant professor at the University of Tennessee, Knoxville who led the research while a postdoctoral researcher in the Jackson School’s Department of Geological Sciences. “That we can run these simple experiments, in these tiny little capsules here on Earth and make first order predictions about how such a large body would have evolved is one of the really exciting things about mineral physics.” 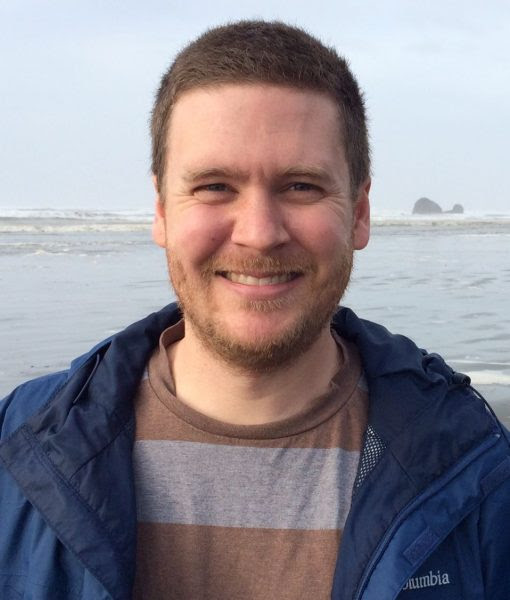 The results were published on Nov. 21 in Geophysical Research Letters.

Large portions of the Moon’s crust are made up almost entirely of a single mineral. In these sections, 98 percent of the crust is plagioclase. According to the prevailing theory, which this study calls into question, the purity is due to plagioclase floating to the surface of the magma ocean over hundreds of millions of years and solidifying into the Moon’s crust. This theory hinges on the magma ocean having a specific viscosity, a term related to the magma’s “gooiness,” that would allow plagioclase to separate from other dense minerals it crystallized with and rise to the top.

A video clip of a melt-resistant sphere falling through a magma sample. The researchers calculated the viscosity of the magma sample by measuring how quickly the sphere sunk through the magma.

Dygert decided to test the plausibility of the theory by measuring the viscosity of lunar magma directly. The feat involved using a high-pressure apparatus called a synchrotron to shoot a concentrated beam of high-energy X-rays into a sample of mineral powders and flash melting them into magma. The researchers then measured the time it took for a melt-resistant sphere to sink through the magma.

“Previously, there had not been any laboratory data to support models,” said Lin. “So this is really the first time we have reliable laboratory experimental results to understand how the Moon’s crust and interior formed.”

The experiment found that the magma melt had a very low viscosity, somewhere between that of olive oil and corn syrup at room temperature, a value that would have supported plagioclase flotation. However, it would have also led to mixing of plagioclase with the magma, a process that would trap other minerals in between the plagioclase crystals, creating an impure crust on the lunar surface.

Because satellite-based investigations demonstrate that a significant portion of the crust on the Moon’s surface is pure, a secondary process must have resurfaced the Moon, exposing a deeper, younger, purer layer of crust. Dygert said the results support a “crustal overturn” on the lunar surface where the old mixed crust was replaced with young, buoyant, hot deposits of pure plagioclase. The older crust could have also been eroded away by asteroids slamming into the Moon’s surface.

The experimental apparatus in the synchrotron facility. The researchers used the machine to recreate moon magma in the lab.

Dygert said the study’s results exemplify how small-scale experiments can lead to large-scale understanding of geological processes that build planetary bodies in our solar system and others.

“I view the Moon as a planetary lab,” Dygert said. “It’s so small that it cooled quickly, and there’s no atmosphere or plate tectonics to wipe out the earliest processes of planetary evolution. The concepts described here could be applicable to just about any planet.”