New Interpretation of The Red Queen's Hypothesis: It's about Expansion

In a new publication in the journal Nature, Indre Zliobaite and Mikael Fortelius from the University of Helsinki and Nils Christian Stenseth from the University of Oslo present a new interpretation of one of the classic theories of evolutionary theory, the Red Queen's Hypothesis, proposed by Leigh Van Valen in 1973.

A search for 'Red Queen' on Google Scholar gives over a million hits, reflecting the enormous influence this idea has had and continues to have in a wide sector of science. Its name refers to Lewis Carroll's book Alice Through the Looking Glass, where the Red Queen explains how her country differs from Alice's: "Now, here, you see, it takes all the running you can do, to keep in the same place. If you want to get somewhere else, you must run at least twice as fast as that!"

This is the Red Queen walking randomly. 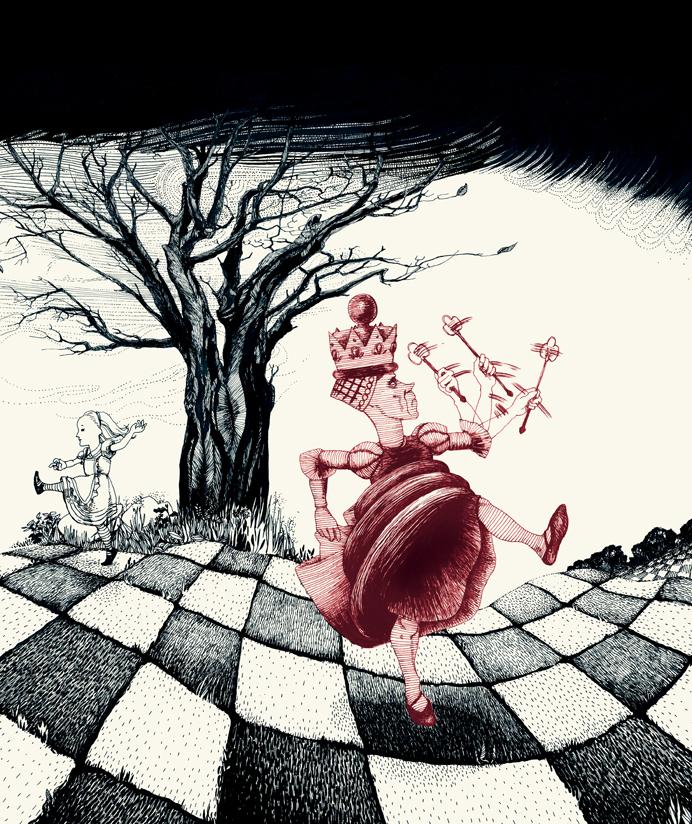 The half-life of species

Leigh Van Valen originally thought that species should age: the longer a species has been around, the more likely it should be to go extinct. He tried to test this hypothesis on fossil data and found to his surprise that they don't seem to do so - old and young species with similar ways of life (inhabiting the same adaptive zone) have about the same probability to go extinct at any point in time. This is roughly similar to the decay of radioactive nuclei and means that adaptive zones (or in practice the biological groupings that reflect them, such as families and orders) have characteristic half-lives, just as radioactive elements do.

Just over a decade ago, another pattern was discovered in the fossil record of land mammals by Finnish scientists Jukka Jernvall and Mikael Fortelius. This pattern, later described in many other groups as well, has become known as the Hat Pattern, a name drawn from its shape: species and genera typically begin as rare, expand to become more common and widespread, and then contract and go extinct. In most cases there is only a single peak; more than three peaks is quite rare. The Hat Pattern seems to suggest that species and genera past their peak become more likely to go extinct as they age and decline towards extinction, in apparent contradiction to the Law of Constant Extinction.

The road from the top and down - the Hat Pattern

Of all the scientists in the world, Stenseth and Fortelius are among those who really should have seen this earlier. Both were among the first to write about the 'hat' pattern, and Stenseth has worked on the Red Queen since the 1970s. Although Fortelius hasn't published on the Red Queen, he does have a history of hidden research on the closely related topic, the Law of Constant Extinction. He also participated in a round table meeting on this topic in 2008, convened by Stenseth and featuring Leigh Van Valen himself as a participant. And in the last few years they have again joined forces for a new attempt at this problem, when Fortelius has been a visiting professor at Stenseth's centre of excellence in Oslo.

But the fact is that they didn't. In the end it took the fresh perspective of an outsider to realise that the two theories were connected and actually parts of the same puzzle. Zliobaite, with a background in computer science and credit analysis, who knew that a cessation of growth may signal the impending failure of businesses.

This is assistant professor Indre Zliobaite from the Department of Computer Science, University of Helsinki. 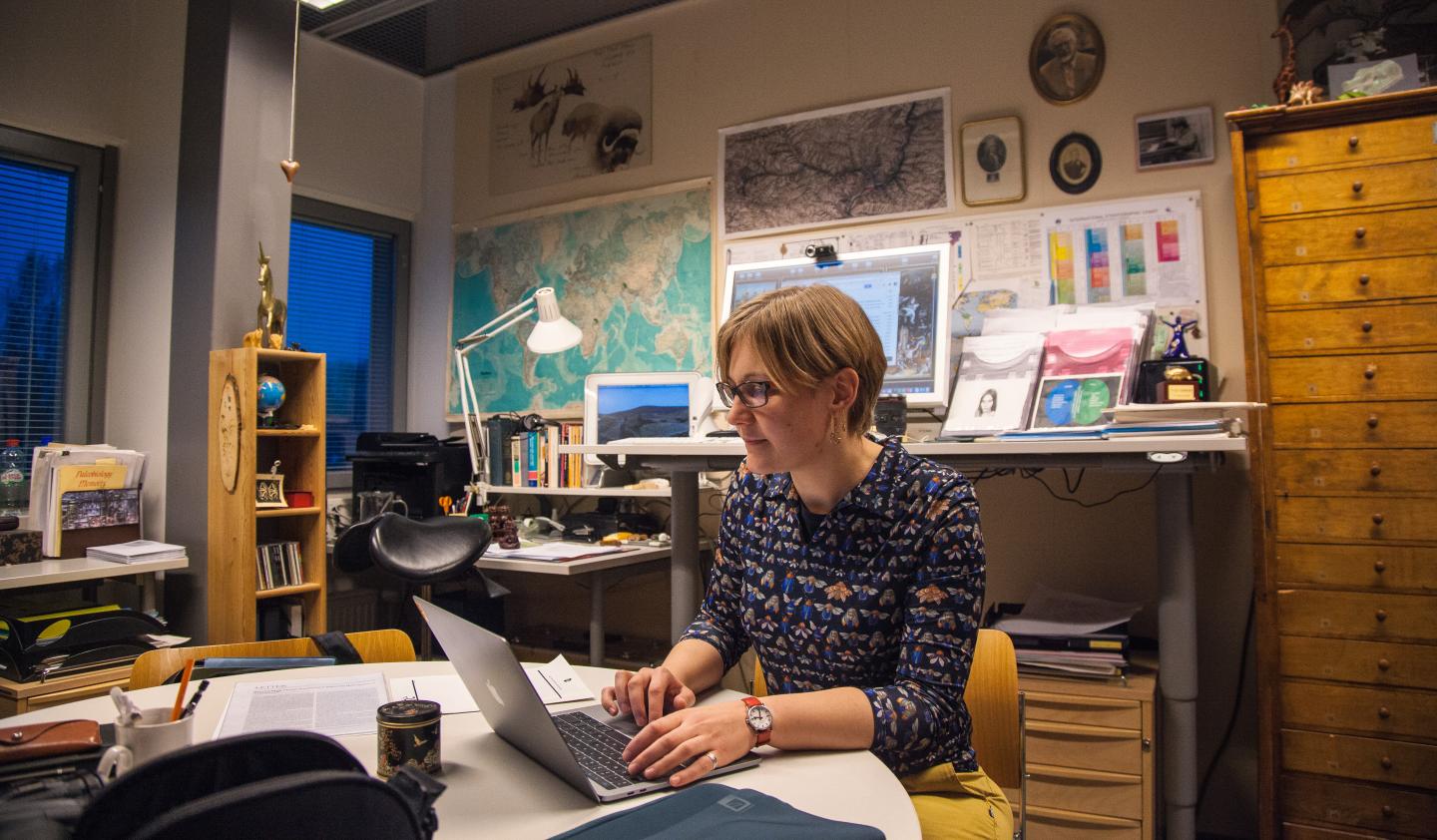 Zliobaite was also the one who read with a fresh eye the now almost forgotten theoretical papers where Van Valen further developed his theory, emphasising the expansion of species as the most useful measure of their success. In this perspective, the final extinction emerges as simply the inevitable outcome of the species' failure to expand. Bringing this perspective into the discussion was the key to developing the new, integrated theory.

Zliobaite: "I had no idea that the Red Queen's hypothesis is such a big deal. I thought it is just another research question. Perhaps this allowed me to think about it anew without being burdened by its legacy."

Fortelius: "My job as Kristine Bonnevie Professor during the last three years in Oslo was very much related to the Red Queen. I've been telling people I'm actually there at Her Majesty's secret service."

Stenseth: "The Red Queen's Hypothesis has fascinated me from the very beginning since it, as an evolutionary hypothesis, explicitly brings in ecological interactions to explain large scale evolutionary patterns, such as rate of extinctions."