Neanderthals survived at least 3,000 years longer than we thought in Southern Iberia - what is now Spain - long after they had died out everywhere else, according to new research published in Heliyon.

The authors of the study, an international team from Portuguese, Spanish, Catalonian, German, Austrian and Italian research institutions, say their findings suggest that the process of modern human populations absorbing Neanderthal populations through interbreeding was not a regular, gradual wave-of-advance but a "stop-and-go, punctuated, geographically uneven history."

Over more than ten years of fieldwork, the researchers excavated three new sites in southern Spain, where they discovered evidence of distinctly Neanderthal materials dating until 37,000 years ago.

Interior view of the cave and excavation trench as of the end of the 2012 field season. 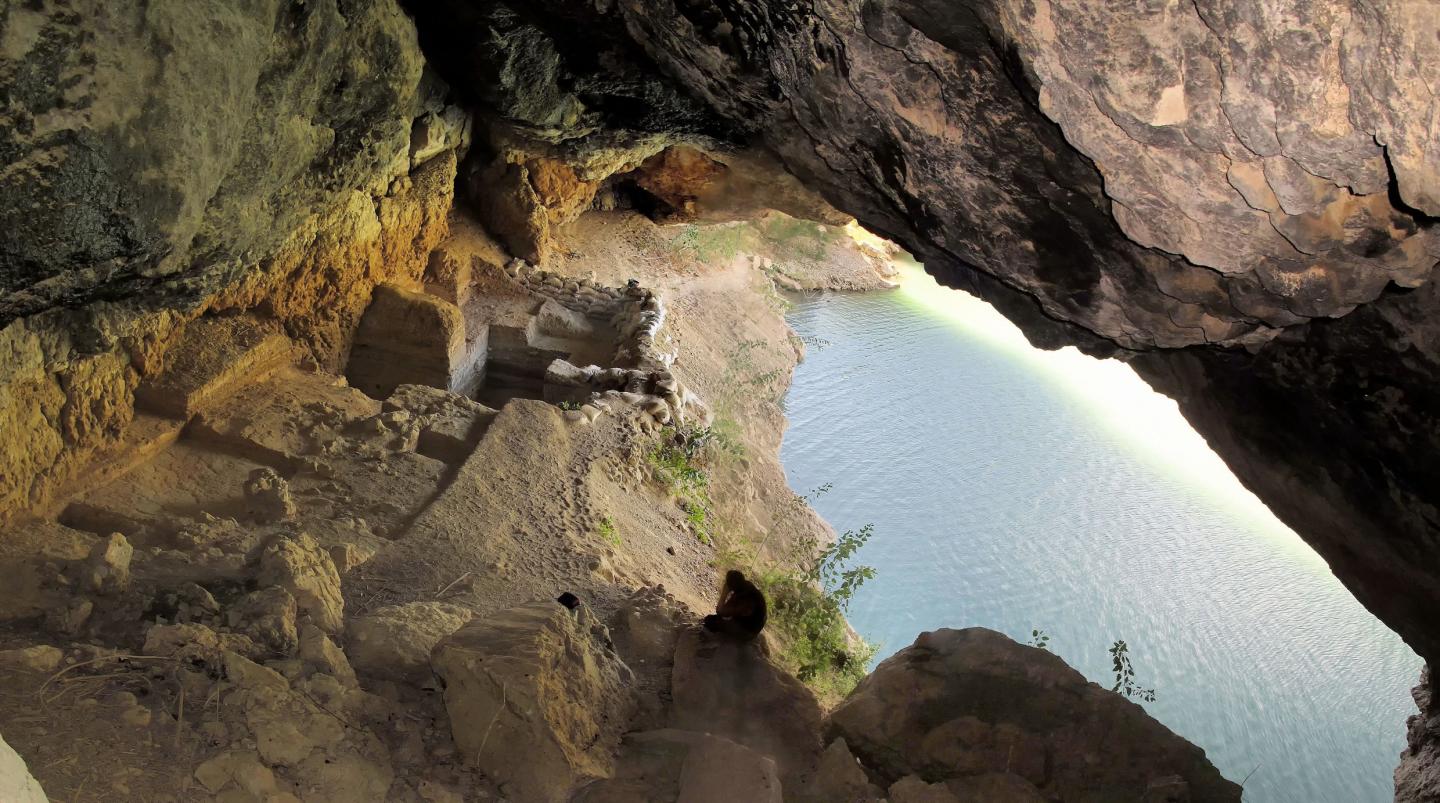 "Technology from the Middle Paleolithic in Europe is exclusively associated with the Neanderthals," said Dr. João Zilhão, from the University of Barcelona and lead author of the study. "In three new excavation sites, we found Neanderthal artefacts dated to thousands of years later than anywhere else in Western Europe. Even in the adjacent regions of northern Spain and southern France the latest Neanderthal sites are all significantly older."

The Middle Paleolithic was a part of the Stone Age, and it spanned from 300,000 to 30,000 years ago. It is widely acknowledged that during this time, anatomically modern humans started to move out of Africa and assimilate coeval Eurasian populations, including Neanderthals, through interbreeding.

According to the new research, this process was not a straightforward, smooth one - instead, it seems to have been punctuated, with different evolutionary patterns in different geographical regions.

In 2010, the team published evidence from the site of Cueva Antón in Spain that provided unambiguous evidence for symbolism among Neanderthals. Putting that evidence in context and using the latest radiometric techniques to date the site, the researchers show Cueva Antón is the most recent known Neanderthal site.

"We believe that the stop-and-go, punctuated, uneven mechanism we propose must have been the rule in human evolution, which helps explaining why Paleolithic material culture tends to form patterns of geographically extensive similarity while Paleolithic genomes tend to show complex ancestry patchworks," commented Dr. Zilhão.

The key to understanding this pattern, says Dr. Zilhão, lies in discovering and analyzing new sites, not in revisiting old ones. Although finding and excavating new sites with the latest techniques is time-consuming, he believes it is the approach that pays off.

"There is still a lot we do not know about human evolution and, especially, about the Neanderthals," said Dr. Zilhão. "Our textbook ideas about Neanderthals and modern humans have been mostly derived from finds in France, Germany and Central Europe, but during the Ice Ages these were peripheral areas: probably as much as half of the Paleolithic people who ever lived in Europe were Iberians. Ongoing research has begun to bear fruit, and I have no doubt that there is more to come."