Wolves Understand Cause and Effect Better Than Dogs

A rattle will only make noise if you shake it. Children learn this principle of cause and effect early on in their lives. However, animals like the wolf also understand such connections and are better at this than their domesticated descendants.

Researchers at the Wolf Science Center of the Vetmeduni Vienna say that wolves have a better causal understanding than dogs and that they follow human-given communicative cues equally well. The study in Scientific Reports provides the insight that the process of domestication can also affect an animal’s causal understanding.

A good example of the connection between cause and effect, is that an object which contains food produces noise when shaken. The study of an international research team at the Wolf Science Center of the Vetmeduni Vienna shows how animals deal with these rules of the physical world. Based on where dogs and wolves searched for food after receiving some hints about its location, they showed that our domesticated, four-legged companions cannot make the connection between cause and effect, but wolves can. These results indicate that domestication has changed the dogs' cognitive abilities.

Wolves understand cause and effect, dogs do not

The researchers Michelle Lampe from the Radboud University in Nijmegen, the Netherlands, Juliane Bräuer from the Max Planck Institute for the Science of Human History in Germany, Juliane Kaminski from the University of Portsmouth in England and Zsófia Virányi from the Vetmeduni Vienna in Austria investigated the reasoning abilities of 14 dogs and 12 human-socialized wolves. In this study, the animals had to make a choice between two objects, of which one contained hidden food and one was empty.

Wolves are better in causal reasoning than dogs. 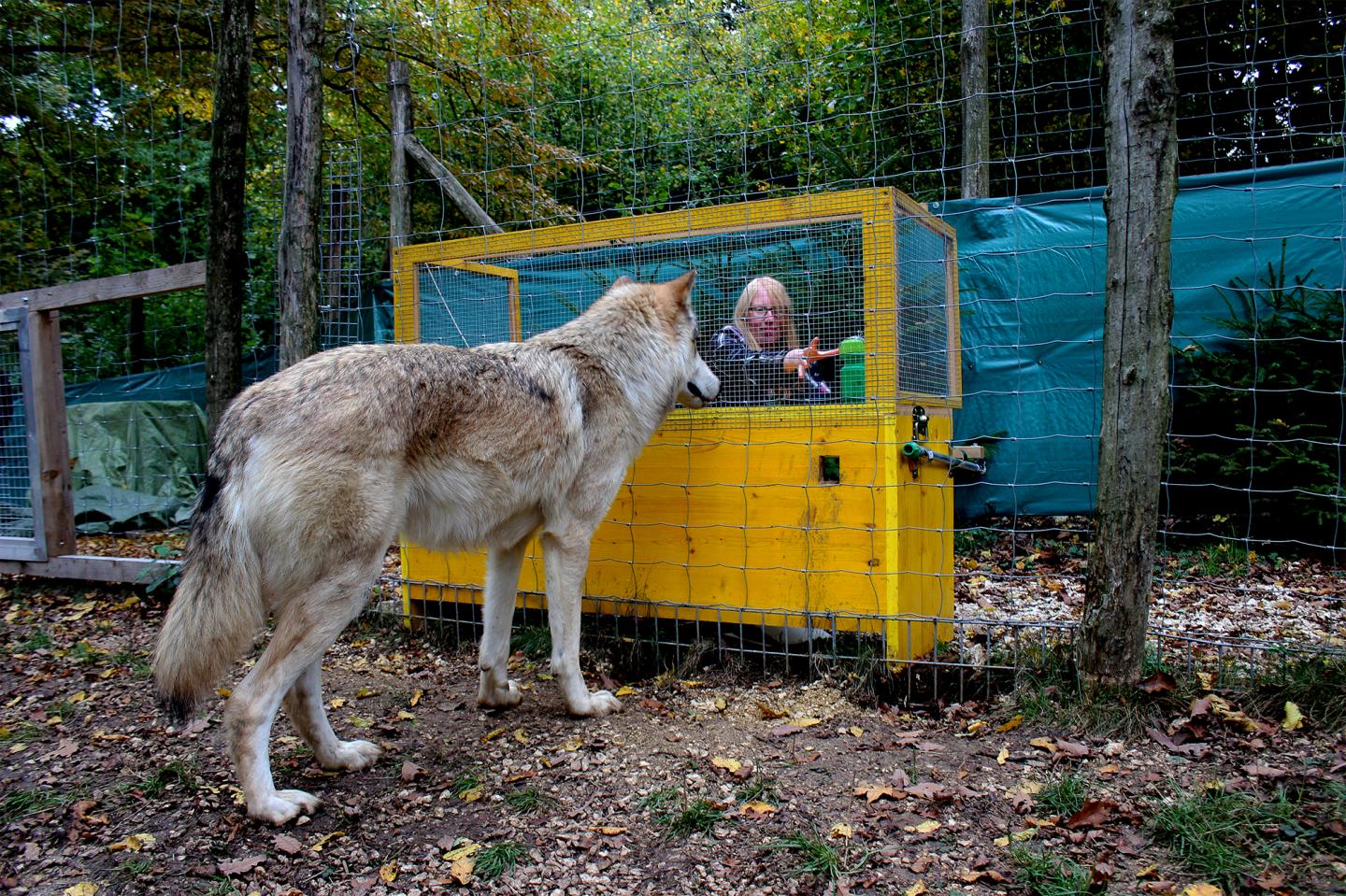 First of all, the researchers tested whether the animals can make use of communicative cues, such as direct eye-contact and pointing gestures to choose the correct object. Secondly, the dogs and wolves had to rely on behavioural cues, in which the experimenter only showed the location of the hidden food through her behaviour, without making any eye-contact with the animals. An example of this is reaching out to the correct object. Lastly, the animals had to make inferences about the location of the hidden food themselves, based on causal cues such as the noise produced by an object containing food when shaken.

Both dogs and wolves were able to follow communicative cues to find hidden food. However, without direct eye-contact, neither the dogs nor the wolves chose the correct object. In the absence of a human to show them where the food was located, only the wolves were able to make causal inferences. In this experiment, the wolves showed an understanding of cause and effect, which the dogs lacked.

Domestication is possibly the reason for a loss of causal understanding

"The results of our study suggest that domestication has affected the causal understanding of our dogs," says Lampe. "It cannot be excluded however, that the differences can be explained by the fact that wolves are more persistent to explore objects than dogs. Dogs are conditioned to receive food from us, whereas wolves have to find food themselves in nature."


The ancestors of our dogs can also interpret gestures after eye contact.

"Our study is unique as it does not only compare dogs and wolves living under identical conditions, with a same history and training regime," Bräuer adds, "We also compared dogs living in packs to pets living with their human families." Therefore, the team was able to tease apart the influence of domestication from raising and living conditions. "The results of the dogs were independent of living conditions. This makes our study the first to make a valid comparison between these two animal groups in this particular set-up,' says Kaminski.

Also the wolves' use of cues in connection to eye-contact was an interesting finding for the researchers. "The wolves' ability to understand human communicative cues may have facilitated domestication," explains Virányi. "However, working with socialized wolves may have also impacted the results, as our animals are used to human contact. This could mask differences between the dogs and wolves, such as that dogs learn more easily about human communication throughout their lives."

The paper "The effects of domestication and ontogeny on cognition in dogs and wolves" of Michelle Lampe, Juliane Bräuer, Juliane Kaminski and Zsófia Virányi will be published today, the 15th of September 2017, in Scientific Reports.
on September 15, 2017