The 2011 Japanese tsunami set the stage for something unprecedented. For the first time in recorded history, scientists have detected entire communities of coastal species crossing the ocean by floating on makeshift rafts. Nearly 300 species have appeared on the shores of Hawaii and the U.S. West Coast attached to tsunami debris, marine biologists from the Smithsonian Environmental Research Center, Williams College and other institutions reported in the journal Science on Thursday.

The tsunami formed March 11, 2011, triggered by an earthquake of 9.0 moment magnitude that struck Japan the same day. At its tallest point, the tsunami towered 125 feet over Japan's Tohoku coast and swept millions of objects out to sea, from small pieces of plastic to fishing boats and docks. These kinds of objects, scientists said, helped the species attached to them complete the transoceanic journey.

These are marine sea slugs from a Japanese vessel from Iwate Prefecture, washed ashore in Oregon in April 2015 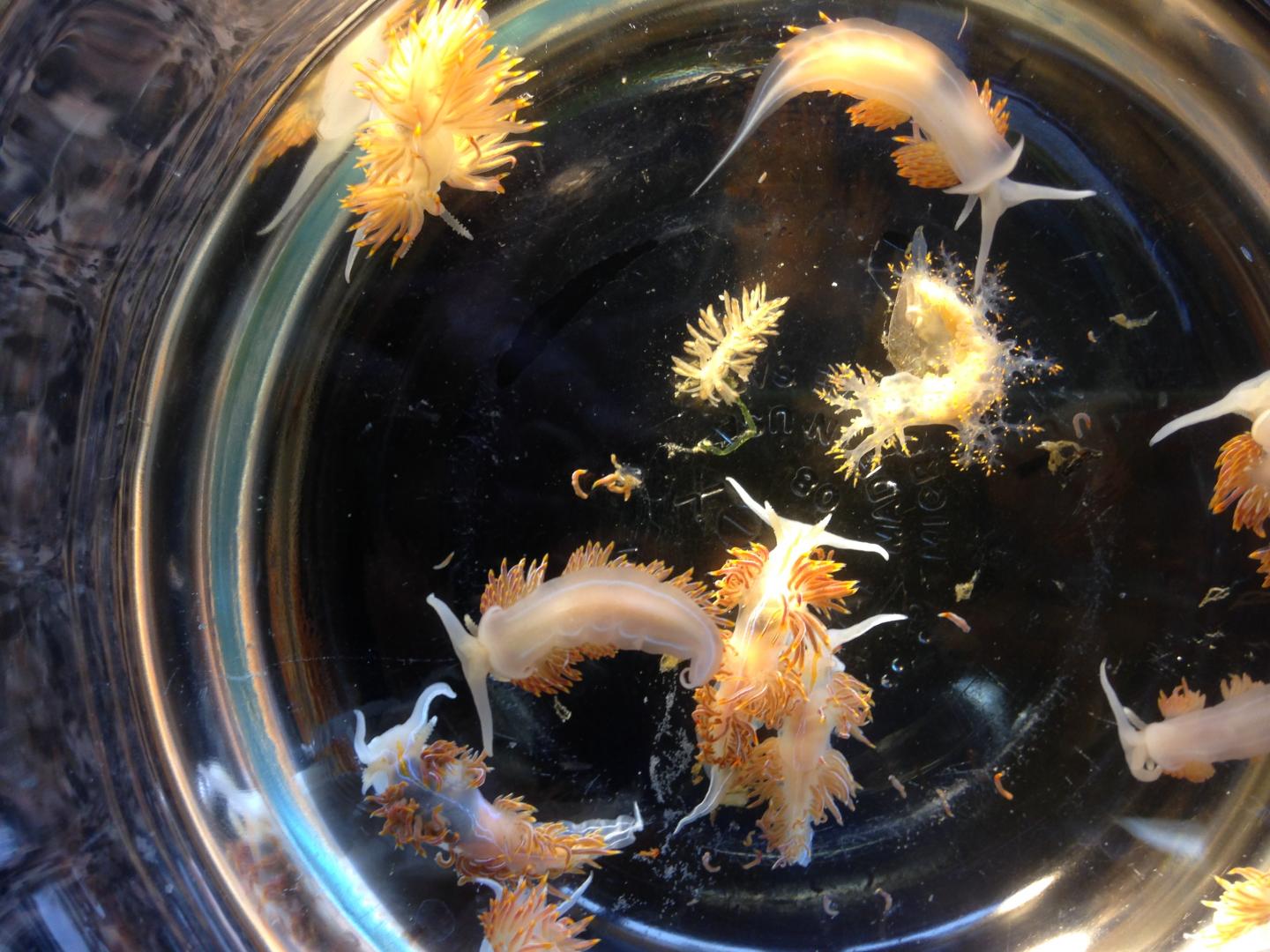 "I didn't think that most of these coastal organisms could survive at sea for long periods of time," said Greg Ruiz, a co-author and marine biologist at the Smithsonian Environmental Research Center. "But in many ways they just haven't had much opportunity in the past. Now, plastic can combine with tsunami and storm events to create that opportunity on a large scale."

Scientists began finding tsunami debris washing up in Hawaii and western North America in 2012, with living organisms still attached. From 2012 to 2017, they continued to find debris, including buoys, crates, vessels and docks. In total, they detected 289 living species on tsunami debris originating from Japan, and they suspect there are far more that escaped their notice. While the arrivals have slowed down, they have not stopped. The team was still finding new species when the study period ended in 2017.

Mollusks such as mussels occurred most frequently of all invertebrate groups. Worms, hydroids (sea anemone and jellyfish relatives), crustaceans and bryozoans that form branch-like underwater colonies were not far behind. Nearly two-thirds of the species had never been seen on the U.S. West Coast. None of the species were known--or expected--to survive a transoceanic rafting voyage between continents, largely because the open ocean is considered to be a harsher environment for creatures used to more hospitable waters of the coasts. However, the slower speed of ocean rafts (1 or 2 knots, compared to 20 or more knots for commercial ships) may have allowed species to gradually adjust to their new environments. The sluggish pace of these "floating islands" may also have made it easier for some species to reproduce and for their larvae to attach to the debris.

A vessel carried by the Japanese tsunami washed ashore in Oregon, coated in gooseneck barnacles that colonized the boat as it floated across the North Pacific. Several Japanese species also survived the voyage, in the crevices inside and underneath the boat. 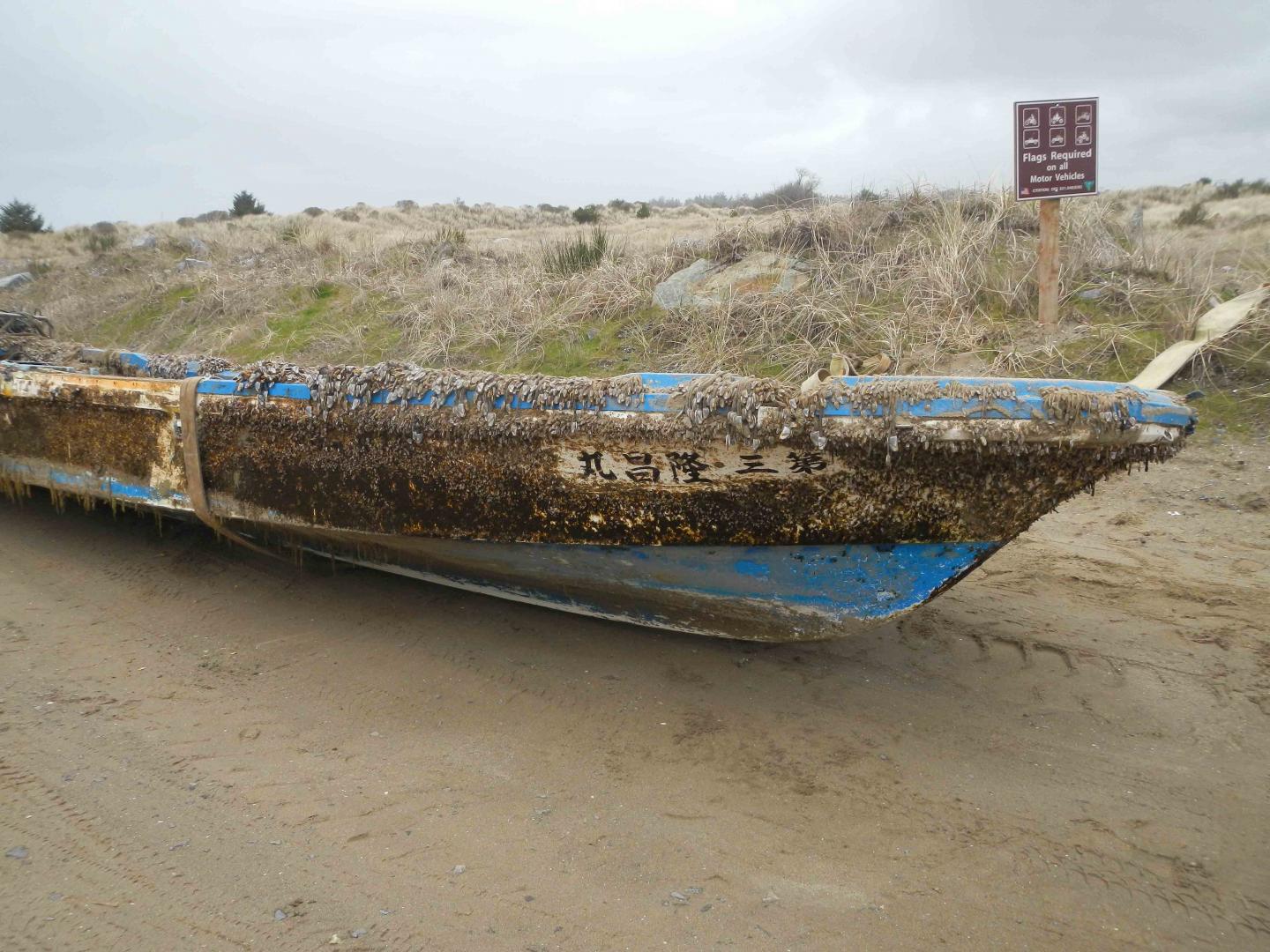 The increase in marine plastics and other more durable debris also made survival easier, according to the researchers. Much of the debris the scientists found rafted ashore was made of fiberglass or other plastic materials that do not decompose and could easily survive six or more years at sea. These materials started becoming common in the mid-20th century, and their dominance is only expected to rise.

"There is huge potential for the amount of marine debris in the oceans to increase significantly," said lead author James Carlton, an invasive species expert with the Maritime Studies Program of Williams College and Mystic Seaport in Connecticut. According to a 2015 report in Science, over 10 million tons of plastic waste enter the ocean each year, and that figure may increase 10 times by 2025. Hurricanes and typhoons, which scientists also expect to become more frequent due to climate change, also can sweep debris out into the ocean.

So far, no new species are known to have colonized the West Coast directly due to the 2011 tsunami. However, it can take years after a nonnative species first arrives to detect a newly established population. This provides a window of time for action, although the full consequences of the tsunami-driven rafting are still uncertain.

"This has turned out to be one of the biggest, unplanned, natural experiments in marine biology, perhaps in history," said co-author John Chapman of Oregon State University.

However, scientists largely agree that prevention is the most effective way to combat invasive species. Since preventing tsunamis is not an option, Ruiz suggested the main focus should be managing plastic.

"There's an increasing load of plastic and microplastics at sea that are thought to have significant consequences for biology and ecology," he said. "This is one other dimension and consequence of plastics and manmade material that deserves attention."