An international team of researchers has successfully used a super-computer simulation to recreate the formation of a massive black hole from supersonic gas streams left over from the Big Bang. Their study, published in this week's Science, shows this black hole could be the source of the birth and development of the largest and oldest super-massive black holes recorded in our Universe.

"This is significant progress. The origin of the monstrous black holes has been a long-standing mystery and now we have a solution to it," said author and Kavli Institute for the Physics and Mathematics of the Universe (Kavli IPMU) Principal Investigator Naoki Yoshida.

Recent discoveries of these super-massive black holes located 13 billion light years away, corresponding to when the universe was just five per cent of its present age, pose a serious challenge to the theory of black hole formation and evolution. The physical mechanisms that form black holes and drive their growth are poorly understood.

These are projected density distributions of dark matter (background and top panel) and gas (bottom three panels) components when the massive star forms. The stellar cradle is extremely assymmetry as a wide wedge-shaped structure (middle panel) due to the initial supersonic gas motions left over from the Big Bang. The circle in the right panel indicates the gravitationally unstable region with mass of 26,000 solar-masses. 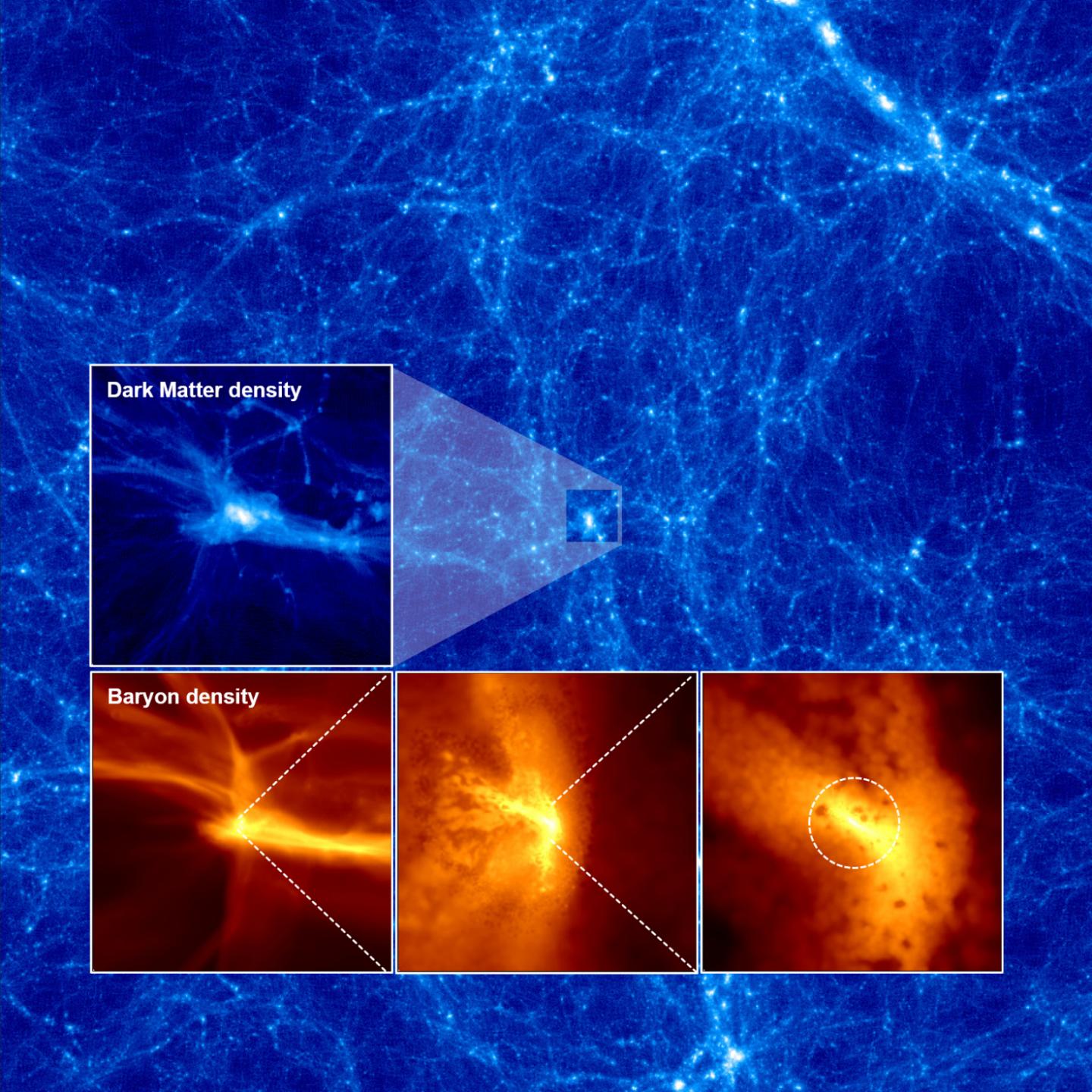 
Theoretical studies have suggested these black holes formed from remnants of the first generation of stars, or from a direct gravitational collapse of a massive primordial gas cloud. However, these theories either have difficulty in forming super-massive black holes fast enough, or require very particular conditions.

Yoshida and JSPS Overseas Research Fellow Shingo Hirano, currently at the University of Texas at Austin, identified a promising physical process through which a massive black hole could form fast enough. The key was incorporating the effect of supersonic gas motions with respect to dark matter.

This is the gas density distribution around the new-born protostar. The left-to-right supersonic gas motion results in the non-spherical, compressed density structure. The collapsed inner cloud also shows the turbulated object, which can rapidly accrete onto the central protostar and cause a fast mass growth of it. 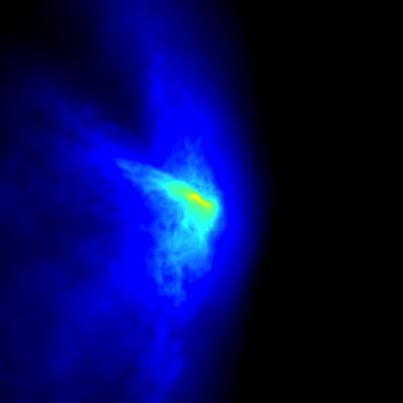 The team's super-computer simulations showed a massive clump of dark matter had formed when the universe was 100 million years old. Supersonic gas streams generated by the Big Bang were caught by dark matter to form a dense, turbulent gas cloud. Inside, a protostar started to form, and because the surrounding gas provided more than enough material for it to feed on, the star was able to grow extremely big in a short amount of time without releasing a lot of radiation.

This the evolution of the temperature and density structure in the protostellar accretion phase after the protostar formation. The rapid accretion of dense gas cloud (white contour) constricts an expansion of the photoionized region (red) which is possible to shut off the gas accretion. 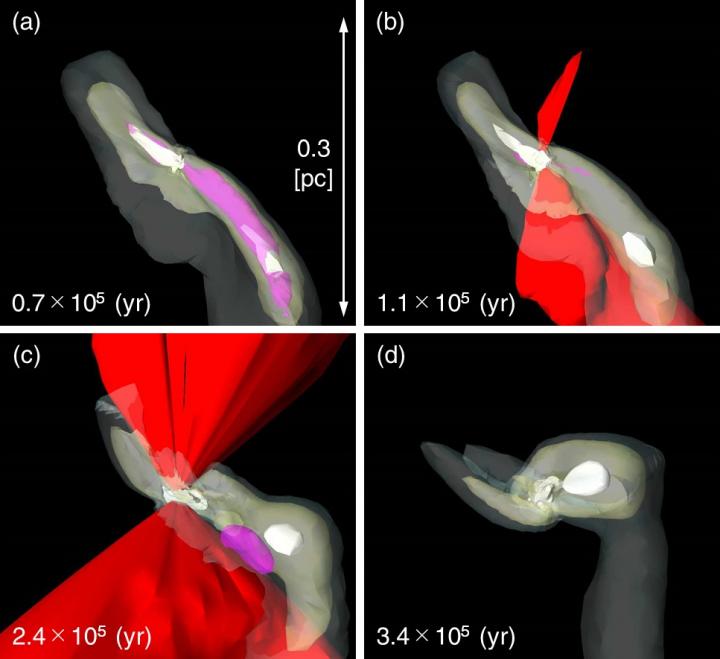 The result from this study will be important for future research into the growth of massive black holes. Especially with the increased number of black hole observations in the far universe that are expected to be made when NASA's James Webb Space Telescope is launched next year.

This research was published in Science on September 28.

Aterui, one of the supercomputers this work used, is operated by the Center for Computational Astrophysics (CfCA) of the National Astronomical Observatory of Japan (NAOJ).

Contacts and sources:
Motoko Kakubayashi
Kavli Institute for the Physics and Mathematics of the Universe
on September 28, 2017