Some big plant-eating dinosaurs roaming present-day Utah some 75 million years ago were slurping up crustaceans on the side, a behavior that may have been tied to reproductive activities, says a new University of Colorado Boulder study.

The evidence for the crustacean-chowing dinosaurs comes from fossilized feces samples known as coprolites, said Associate Professor Karen Chin, curator of paleontology at CU Boulder's Museum of Natural History. Dating to the late Cretaceous Period, the coprolites were discovered in Grand Staircase-Escalante National Monument in southern Utah by a team from the Denver Museum of Nature & Science who invited Chin out to their dig.

From what we know about dinosaurs, this was a totally unexpected behavior," said Chin. "It was such a surprising discovery we wondered what the motivation could have been." 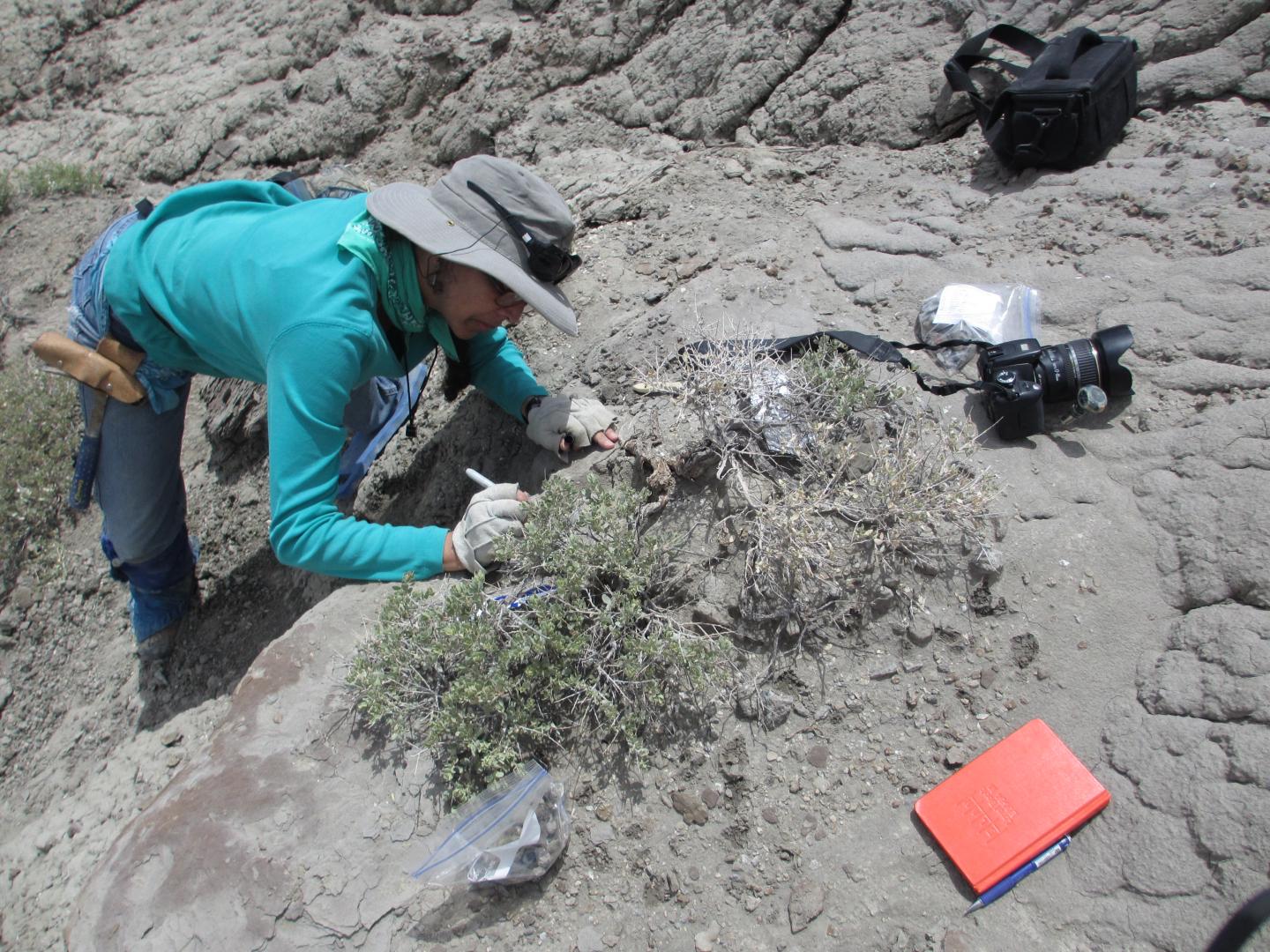 
Chin said the Utah coprolites were similar to those she has examined from Montana - which likely were from duck-billed dinosaurs known as hadrosaurs - in that both were similar in size and held jumbled fragments of rotting wood. A closer look at some of the Utah coprolites also turned up thick bits and pieces of fossilized shell, an indication crustaceans were living in the decaying, coniferous wood, she said.

Because crustacean shells turned up in at least 10 coprolite samples in three different stratigraphic layers of the national monument over a distance of about 13 miles, Chin thinks their ingestion by the dinosaurs was purposeful and would have provided valuable protein and calcium sources.

A paper on the subject was published Sept. 21 in the journal Scientific Reports. Study co-authors included Professor Emeritus Rodney Feldmann and doctoral student Jessica Tashman of Kent State University in Kent, Ohio. Funding for the project came from both CU Boulder and Kent State University.

Examples of modern crustaceans, which have hard exoskeletons, include lobsters, crab, shrimp and crayfish. Some of the coprolites examined were probably around two gallons in volume, Chin said.

"While it is difficult to prove intent regarding feeding strategies, I suspect these dinosaurs targeted rotting wood because it was a great source of protein in the form of insects, crustaceans and other invertebrates," said Chin. "If we take into account the size of the crustaceans and that they were probably wriggling when they were scooped up, the dinosaurs would have likely been aware of them and made a choice to ingest them."

Even though the team is unable to determine what kind of crustaceans they were, fossil crab claws have been found in the same area in a slightly older geologic formation. Present-day Utah appears to have been next to or near a sea during the Cretaceous Period, said Chin.

Chin also suspects the consumption of crustaceans may have been a seasonal dietary shift, perhaps tied to breeding and egg-laying activities of dinosaurs. She notes contemporary bird species - which are technically avian dinosaurs - often consume more protein and calcium during the breeding season to support successful reproduction.

"If we found one coprolite with a crustacean fossil in it, that would be a really interesting scientific discovery," Chin said. "But it wouldn't necessarily indicate a recurring feeding behavior. We now have multiple coprolites with crustacean fossils, showing that at least some types of herbivorous dinosaurs occasionally engaged in this unanticipated feeding strategy."

The researchers sliced the coprolite material into thin sections that were then analyzed with an electron microprobe to determine their chemical composition - in this case they found a preponderance of calcium, said Chin.

Hadrosaurs were one of the most common dinosaur type of the Cretaceous, growing up to 30 feet long and weighing up to three tons. Some species had characteristic crests on their heads. They also had specialized teeth for grinding plant material, and are thought by some paleontologists to have roamed in herds and nurtured their young.

University of Colorado Boulder
on September 25, 2017