New Light on How Earth and Mars Were Created

Analyzing a mixture of earth samples and meteorites, scientists from the University of Bristol have shed new light on the sequence of events that led to the creation of the planets Earth and Mars.

Planets grow by a process of accretion - a gradual accumulation of additional material - in which they collisionally combine with their neighbours.

This is often a chaotic process and material gets lost as well as gained.

This is a snapshot of a computer simulation of two (relatively small) planets colliding with each other. The colours show how the rock of the impacting body (dark grey, in centre of impact area) accretes to the target body (rock; light grey), while some of the rock in the impact area is molten (yellow to white) or vaporized (red). 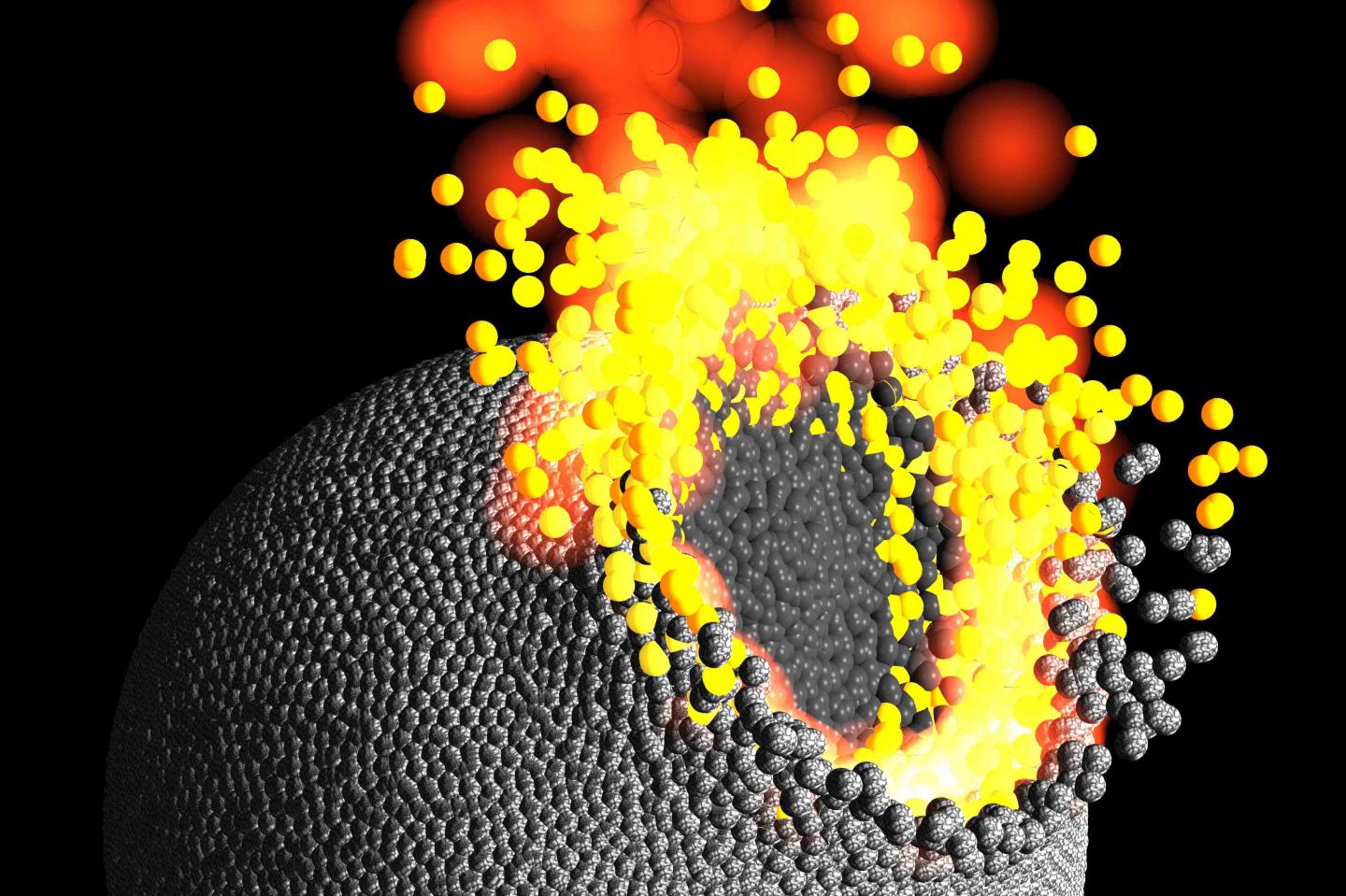 Before planets get to approximately the size of Mars, gravitational attraction is too weak to hold onto this inclement silicate atmosphere.

Dr Remco Hin from the University of Bristol's School of Earth Sciences, led the research which is published today in Nature.

He said: "We have provided evidence that such a sequence of events occurred in the formation of the Earth and Mars, using high precision measurements of their magnesium isotope compositions.

"Magnesium isotope ratios change as a result of silicate vapour loss, which preferentially contains the lighter isotopes. In this way, we estimated that more than 40 per cent of the Earth's mass was lost during its construction.

"This cowboy building job, as one of my co-authors described it, was also responsible for creating the Earth's unique composition."

The research was carried out in an effort to resolve a decades long debate in Earth and planetary sciences about the origin of distinctive, volatile poor compositions of planets.

Did this result from processes that acted in the mixture of gas and dust in the nebula of the earliest solar system or is it consequence of their violent growth?

Researchers analysed samples of the Earth together with meteorites from Mars and the asteroid Vesta, using a new technique to get higher quality (more accurate and more precise) measurements of magnesium isotope ratios than previously obtained.

The main findings are three-fold:

Dr Hin added: "Our work changes our views on how planets attain their physical and chemical characteristics.

"While it was previously known that building planets is a violent process and that the compositions of planets such as Earth are distinct, it was not clear that these features were linked.

"We now show that vapour loss during the high energy collisions of planetary accretion has a profound effect on a planet's composition.

"This process seems common to planet building in general, not just for Earth and Mars, but for all planets in our Solar System and probably beyond, but differences in the collision histories of planets will create a diversity in their compositions."