Humans No Longer Have Ancient Defense Mechanism Against Viruses

Insects and plants have an important ancient defence mechanism that helps them to fight viruses. This is encoded in their DNA. Scientists have long assumed that vertebrates – including humans – also had this same mechanism. But researchers at KU Leuven have found that vertebrates lost this particular asset in the course of their evolution.

The possibilities encoded in our DNA are expressed via RNA. Conversely, RNA interference (RNAi) can also suppress the expression of a specific gene. Insects and plants use this RNAi mechanism to defend themselves against viruses, among other things. With a little help, insects and plants can even be made resistant to certain diseases through this RNAi mechanism. Examples include so-called genetically modified crops. 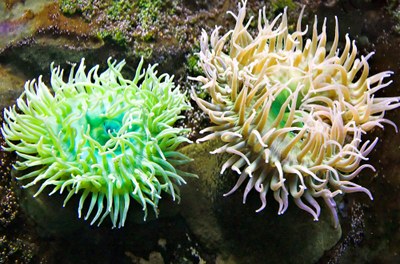 It seems only logical to assume, then, that humans can be protected against specific diseases in a similar way. However, past experiments to this effect have proven to be a challenge. Researchers from the Animal Physiology and Neurobiology unit at KU Leuven have now shown why this is the case.

KU Leuven researcher Niels Wynant studied Argonaute proteins, which play an important role in the RNAi process. “In a first stage, we compared the DNA of more than 40 living organisms from various important animal groups. It’s the first time that such a diverse group was studied. It didn’t take us long to find the Argonaute proteins in these organisms. We also discovered the existence of three distinct types of Argonautes, each with a specific biological role,” Wynant explains.

“Two out of these three types are especially important for our research: AGO1 and AGO2. The AGO1 family plays a role in regulating its own gene expression. These proteins help to determine which characteristics encoded in the DNA are actually expressed. The AGO2 family takes care of the defence against viruses. However, we didn’t find these AGO2 proteins in vertebrates." 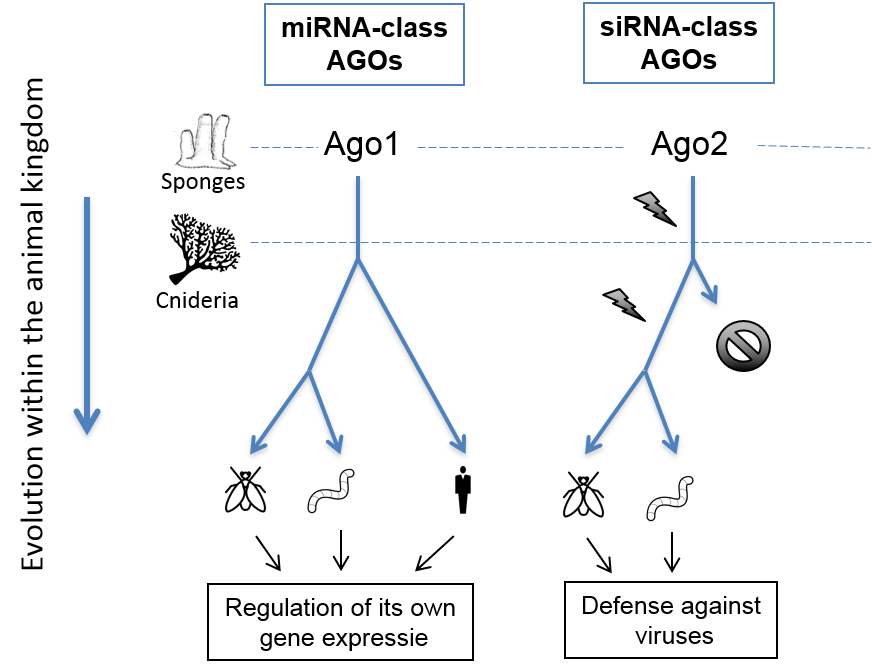 The researchers also went back in time by examining the DNA of sponges and cnidarians, two ancient animal species. They found AGO2 proteins in the genome of these animals. Given that vertebrates and humans descend from these organisms, their common ancestor must have had the AGO2 type as well. "We suspect that the AGO2 proteins lost importance when vertebrates started developing a secondary immune system in which antibodies, interferons, and T-cells – rather than Argonaute proteins – fight viruses.”

In a second stage, the researchers examined the speed at which the Argonaute proteins evolved over time. “Argonautes that fight viruses have to be able to evolve very quickly because viruses are constantly adapting as well.” says Niels Wynant. "In invertebrates, we noticed that AGO2 proteins indeed evolved much faster than their AGO1 counterparts. We didn’t see this rapidly evolving group in the vertebrates.”

These findings explain for the first time why RNAi is more efficient for fighting diseases in insects than in humans.