How Teotihuacan's Urban Design Was Lost and Found

Name one civilization located in the Americas that pre-dates the arrival of Europeans. You probably replied with the Aztecs, the Inca or perhaps the Maya. A new paper, published in De Gruyter's open access journal Open Archeology, by Michael E. Smith of Arizona State University shows how this view of American civilizations is narrow. It is entitled "The Teotihuacan Anomaly: The Historical Trajectory of Urban Design in Ancient Central Mexico".

Smith, using a map produced by the Teotihuacan mapping project, conducted a comparative analysis of the city with earlier and later Mesoamerican urban centers and has proved, for the first time, the uniqueness of the city. The paper outlines how the urban design of the city of Teotihuacan differed from past and subsequent cities, only to be rediscovered and partially modelled on many centuries later by the Aztecs.

This is a a sun pyramid in Teotihuacan. 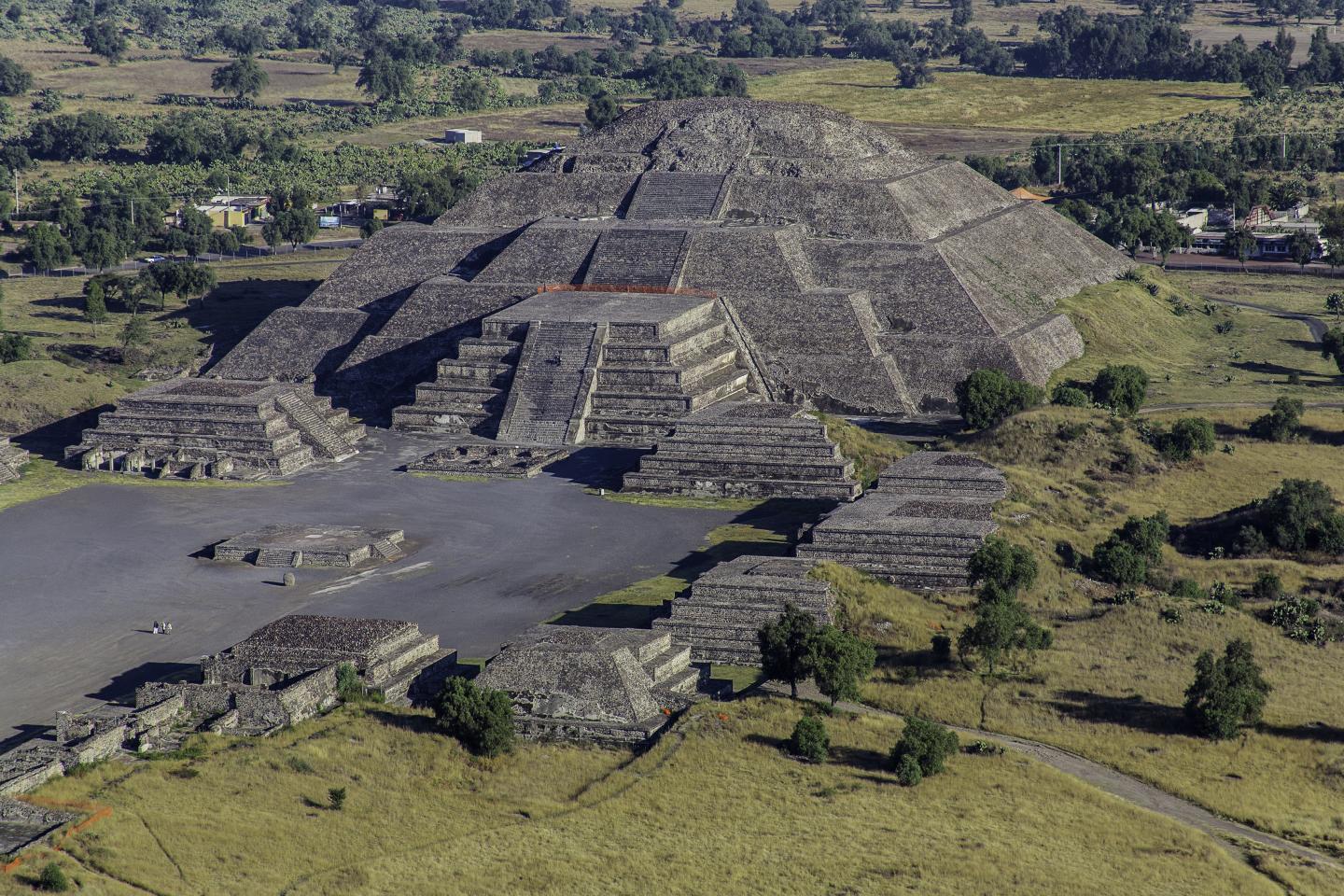 Teotihuacan was in touch with other Mesoamerican civilizations and at the height of its influence between 100 - 650 AD, it was the largest city in the Americas, and one of the largest in the world. It is unclear who the builders of the city were, and what relation they had to the peoples which followed. It is possible they were related to the Nahua or Totonac peoples. It is also unclear why the city was abandoned. There are several theories which include foreign invasion, a civil war, an ecological catastrophe, or some combination of all three.

The Aztecs, who reached the height of their power about a thousand years later, held Teotihuacan in reverence. The site of Teotihuacan is located about forty kilometers from the site of the Aztec capital. They claimed to be the descendants of the Teotihuacans. That may or may not be true, but the Teotihuacans had a huge influence on the later Aztec culture. The name Teotihuacan comes from the Aztec language, and means 'the birthplace of the gods' and they believed it was the location of the creation of the universe. But the paper outlines how the influence of this ancient culture on the Aztecs was not limited only to their cultural beliefs, but also how it affected the urban design of their capital city, and also how unparalleled that original design was.

Most ancient cities throughout Mesoamerica followed the same planning principles, and they included the same kinds of buildings. Each city usually had a well-planned central area which included temples, a royal palace, a ballcourt, and a plaza that was surrounded by a much more chaotic (in terms of planning) residential area. Teotihuacan most likely had no royal palace, no ballcourt, and no central areas. It was much larger than cities before it, and the residential areas were much better planned than its predecessors, and it had an innovation unique in world history - the apartment compound. Buildings with one entrance that contained many households had been rare before the industrial revolution and those that did exist were for the poor. Teotihuacan's were spacious and comfortable.

"Teotihuacan stood alone as the only city using a new and very different set of planning principles, and its apartment compounds represent a unique form of urban residence not just in Mesoamerica but in world urban history," said Michael E. Smith.

All of these features were unique in Central America before and after, until the Aztecs drew their inspiration for their capital Tenochtitlan from Teotihuacan using many of the same features.

For more information about Teotihuacan: https://shesc.asu.edu/centers/teotihuacan-research-laboratory

Email ThisBlogThis!Share to TwitterShare to FacebookShare to Pinterest
Labels: Aarchaeology