Fungi in Sea Salt May Contaminate Food with Mold

Like fine wines, sea salts are artisanal products that inspire talk of terroir, texture and provenance. Now there’s evidence that they can also be sources of spoilage molds.

New research from Cornell mycologist Kathie Hodge and doctoral candidate Megan Biango-Daniels reveals varying levels of mold contamination in commercial sea salts. Among those molds were important food spoilage molds like Aspergillus and Penicillium, and even some notorious producers of mycotoxins.

“This new finding contradicts the conventional wisdom that salts are sterile ingredients,” said Biango-Daniels. The research stressed the importance of understanding the risk of using sea salt during food production.

Several molds that were found in sea salt, including Aspergillus and Penicillium species. 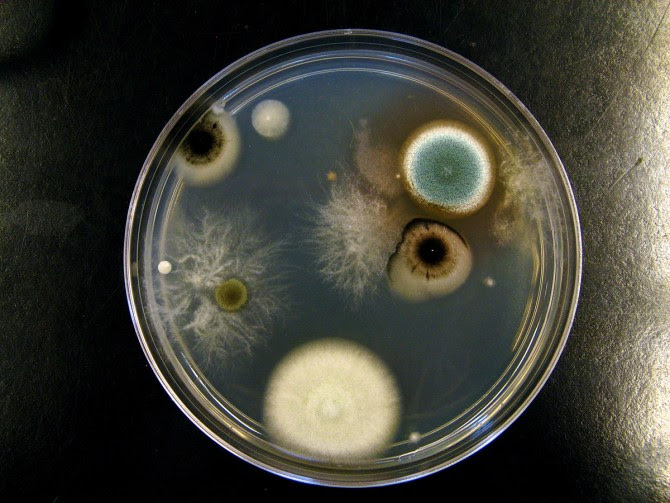 Starting with seven different commercial salts, the researchers extracted living fungi and grew them in the lab for identification. The fungi discovered in the salt have potential to spoil food when used as an ingredient and can introduce mycotoxins or allergens when consumed.

At the levels discovered in the study, about 1.7 spores per gram, you’re not risking your health by sprinkling sea salt on food you are about to eat. But big problems may result when sea salts are used at home or industrially to make cured meats, fermented pickles or brined cheeses that mature over time, when molds introduced with sea salt can begin to grow and spoil food, maybe even rendering it toxic.

“Fungi can survive in surprisingly hostile places. They can’t increase or grow in a container of sea salt – nothing can – but spores of some fungi survive quite happily there. Later they can wake up and make trouble in our food,” said Hodge, associate professor in the Plant Pathology and Plant-Microbe Biology Section of the School of Integrative Plant Science in the College of Agriculture and Life Sciences.

Aspergillus species seen under a microscope. 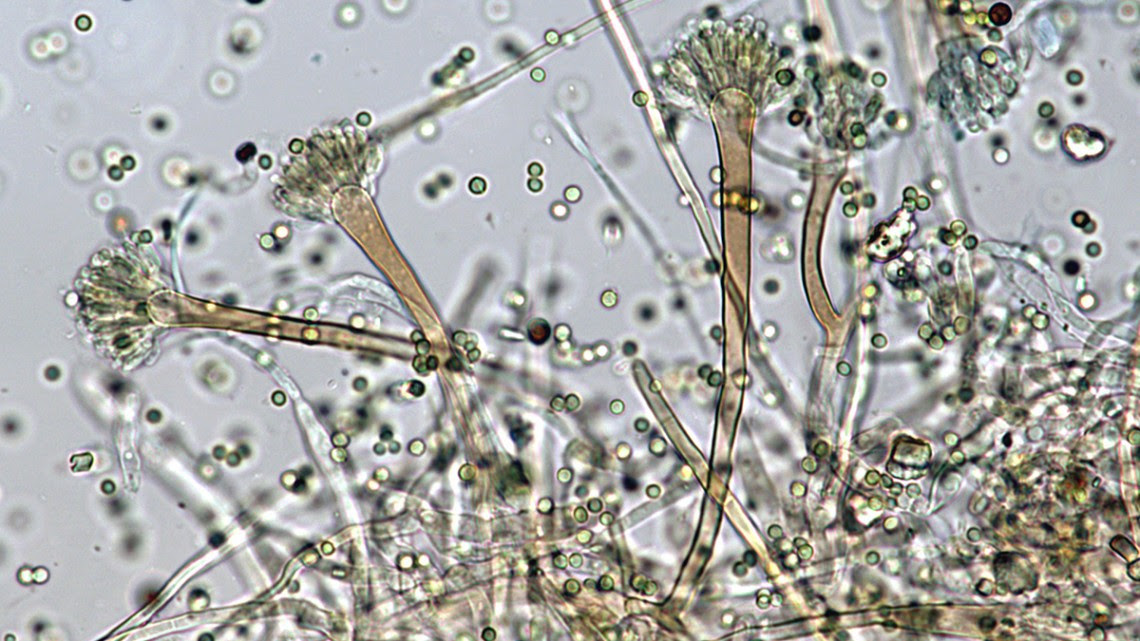 Fungi likely make their way into sea salts during their production from seawater or during storage and packaging. Sea salt production starts with seawater trapped in outdoor ponds called salterns. As the seawater evaporates, salt crystals form and are scraped up from the ponds and dried. Fungi may remain from microbes that live in the salterns, or their spores may fall in from the air over weeks of evaporation. Once fungi are in the salt, they have the potential to grow again once they encounter a moister environment.