Archaeologists examining plant impressions within broken pottery have discovered the earliest evidence for domesticated sorghum in Africa. The evidence comes from an archaeological site (known as KG23) in eastern Sudan, dating from 3500 to 3000 BC, and is associated with an ancient archaeological culture known as the Butana Group. 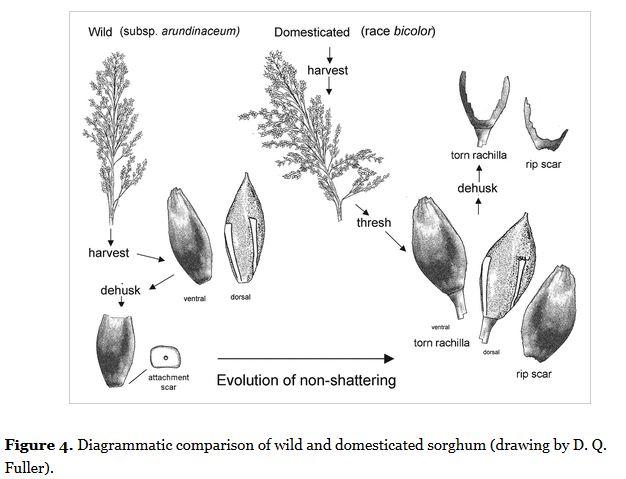 
Sorghum is a native African grass that was utilized for thousands of years by prehistoric peoples, and emerged as one of the world's five most important cereal crops, along with rice, wheat, barley, and maize.

For a half century scholars have hypothesized that native African groups were domesticating sorghum outside the winter rainfall zone of the ancient Egyptian Nile Valley (where wheat and barley cereals were predominant) in the semi-arid tropics of Africa, but no archaeological evidence existed. This new discovery in eastern Sudan reveals that during the 4th millennium BC, peoples of the Butana Group were intensively cultivating wild stands of sorghum until they began to change the plant genetically into domesticated morphotypes.

Along with the recent discovery of domesticated pearl millet in eastern Mali around 2500 BC, this latest discovery in eastern Sudan pushes back the process for domesticating summer rainfall cereals another thousand years in the Sahel, with sorghum, providing new evidence for the earliest known native African cultigen.

Contacts and sources:
Frank Winchell
The University of Chicago Press