Beelzebufo, The Frog that Ate Dinosaurs

Scientists say that a large, now extinct, frog called Beelzebufo that lived about 68 million years ago in Madagascar would have been capable of eating small dinosaurs.

The conclusion comes from a study of the bite force of South American horned frogs from the living genus Ceratophrys, known as Pacman frogs for their characteristic round shape and large mouth, similar to the video game character Pac-Man. Due to their attractive body colouring, voracious appetite, and comically huge heads, horned frogs are very popular in the international pet trade. 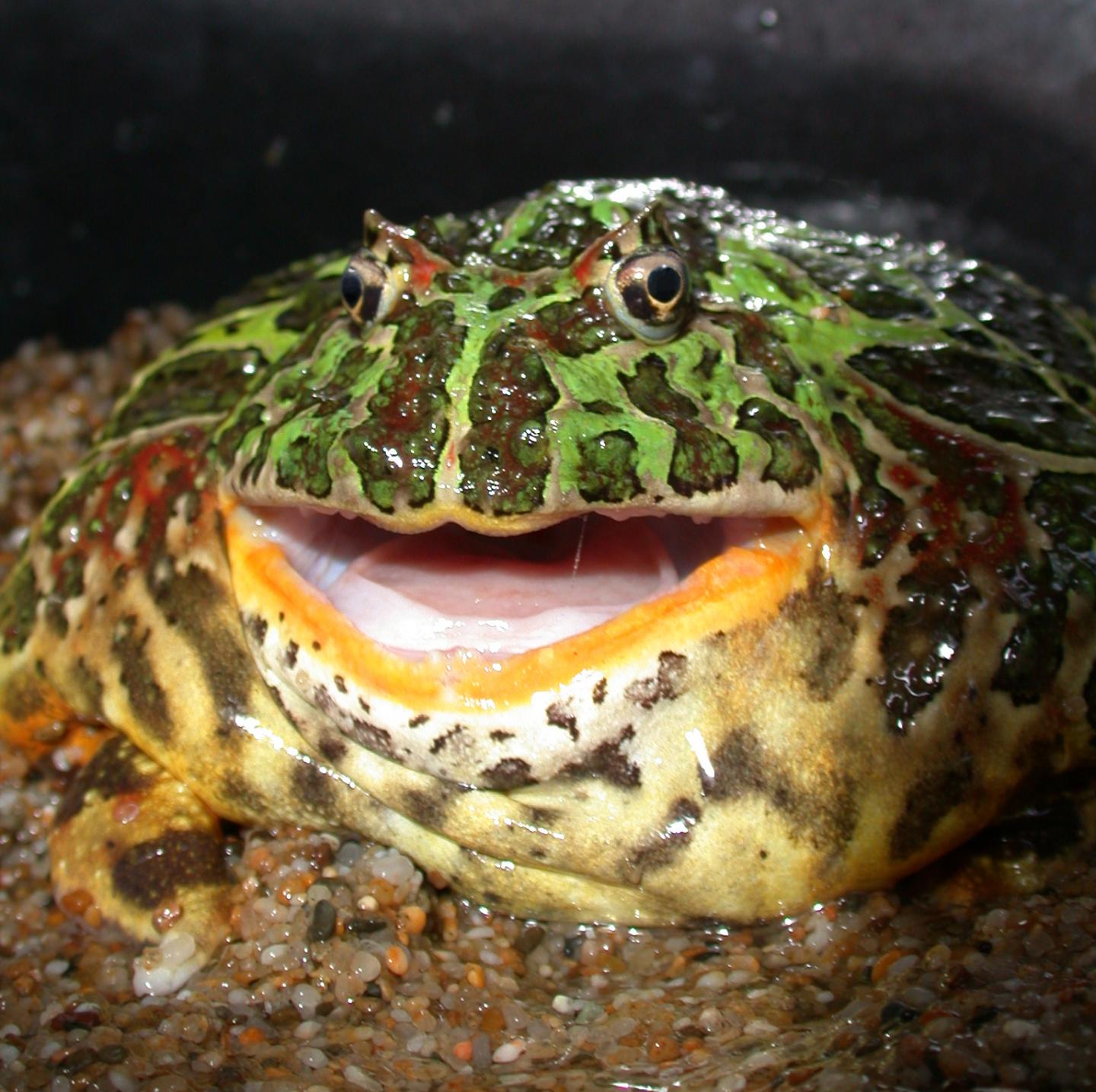 "Unlike the vast majority of frogs which have weak jaws and typically consume small prey, horned frogs ambush animals as large as themselves - including other frogs, snakes, and rodents. And their powerful jaws play a critical role in grabbing and subduing the prey," says Dr Marc Jones, researcher at the University of Adelaide's School of Biological Sciences and honorary researcher at the South Australian Museum.

The study found that small horned frogs, with head width of about 4.5cm, can bite with a force of 30 newtons (N) or about 3 kg or 6.6 lbs. A scaling experiment, comparing bite force with head and body size, calculated that large horned frogs that are found in the tropical and subtropical moist lowland forests of South America, with a head width of up to 10 cm, would have a bite force of almost 500 N. This is comparable to reptiles and mammals with a similar head size.

"This would feel like having 50 litres of water balanced on your fingertip," says Professor Kristopher Lappin, Professor of Biological Sciences at California State Polytechnic University - Pomona.

Based on their scaling relationship, the scientists estimated the bite force of the giant extinct frog Beelzebufo - which is in many ways similar to living horned frogs - may have had a bite up to 2200 N, comparable to formidable mammalian predators such as wolves and female tigers.

"At this bite force, Beelzebufo would have been capable of subduing the small and juvenile dinosaurs that shared its environment," says Dr Jones.

The scientists measured bite force using a custom-made force transducer, a device which accurately measures the force applied to two plates covered with leather when an animal bites them.

"This is the first time bite force has been measured in a frog," says Professor Lappin. "And, speaking from experience, horned frogs have quite an impressive bite, and they tend not to let go. The bite of a large Beelzebufo would have been remarkable, definitely not something I would want to experience firsthand."

Sean Wilcox, a PhD candidate at the University of California - Riverside, says: "Many people find horned frogs hilarious because of their big heads and fat, round bodies. Yet, these predators have given us a rare opportunity to learn something more about the biology of a huge extinct frog."