By sequencing the ancient genomes of 15 individuals from different parts of Africa, researchers reporting in the journal Cell on September 21 have reconstructed the prehistory of humans on the continent, going back thousands of years. The findings shed light on which human populations lived in eastern and southern Africa between 8,000 and 1,000 years ago, the researchers say.

"Ancient DNA has been able to provide an extraordinary view into human history, mostly on the Eurasian continent," said senior author David Reich of Harvard Medical School. "We are excited to bring ancient DNA to answer questions about African prehistory and were lucky to have colleagues in archaeology who were interested in this as well and had suitable samples."

This visual abstract depicts the findings of Skoglund et al. In their paper, the prehistory of African populations is explored by genome-wide analysis of 16 human remains providing insight into lineages, admixture, and genomic adaptions. 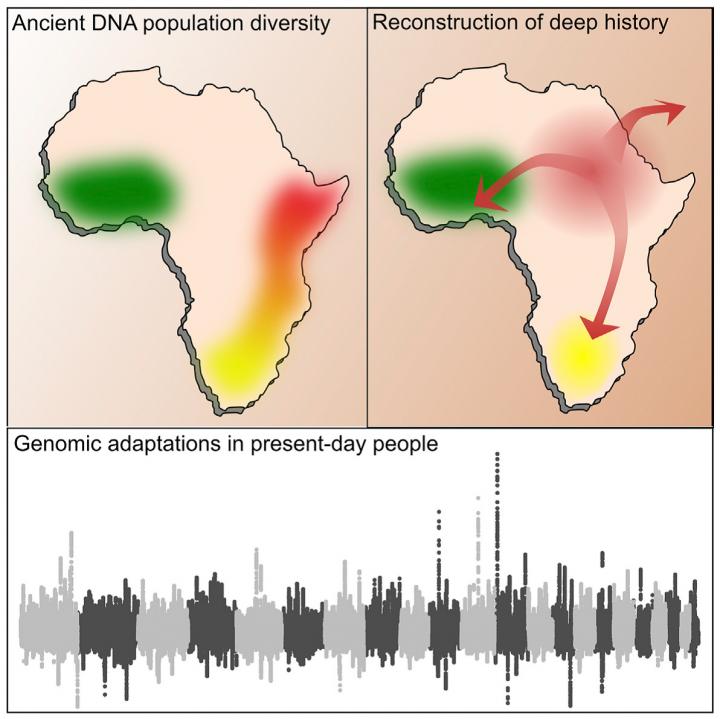 To reconstruct African population structure prior to the spread of food production, the researchers including Reich and Pontus Skoglund (@pontus_skoglund), also at Harvard Medical School, sequenced DNA from the genomes of 15 ancient sub-Saharan Africans. Their sample included 3 individuals from the western Cape of South Africa (~2,300-1,200 years before present [BP]) and 12 others from eastern and south-central Africa, including 4 from the coastal region of Kenya and Tanzania (~1,400-400 BP), 1 from interior Tanzania (~3,100 BP), and 7 from Malawi (ranging from ~8,100 to 2,500 BP).

The researchers combined that newly generated ancient DNA data with previously generated genome-wide data from an Ethiopian highland individual (~4,500 BP). They also included in their analysis data from 584 present-day African individuals from 59 diverse populations and 300 high-coverage genomes from 142 populations around the world.

The data show that populations related to the indigenous people of southern Africa had a wider distribution in the past, contributing about two-thirds of the ancestry of Malawi hunter-gatherers from 8,100 to 2,500 years ago and about one-third of the ancestry of hunter-gatherers who lived in Tanzania at least until ~1,400 years ago. The later spread of agriculturalists from western Africa had a major impact on those earlier hunter-gatherer populations, with complete replacement in some regions.

This is a photograph of Fingira Rock, which yielded three of the specimens and the oldest from there is about 6100 years old. 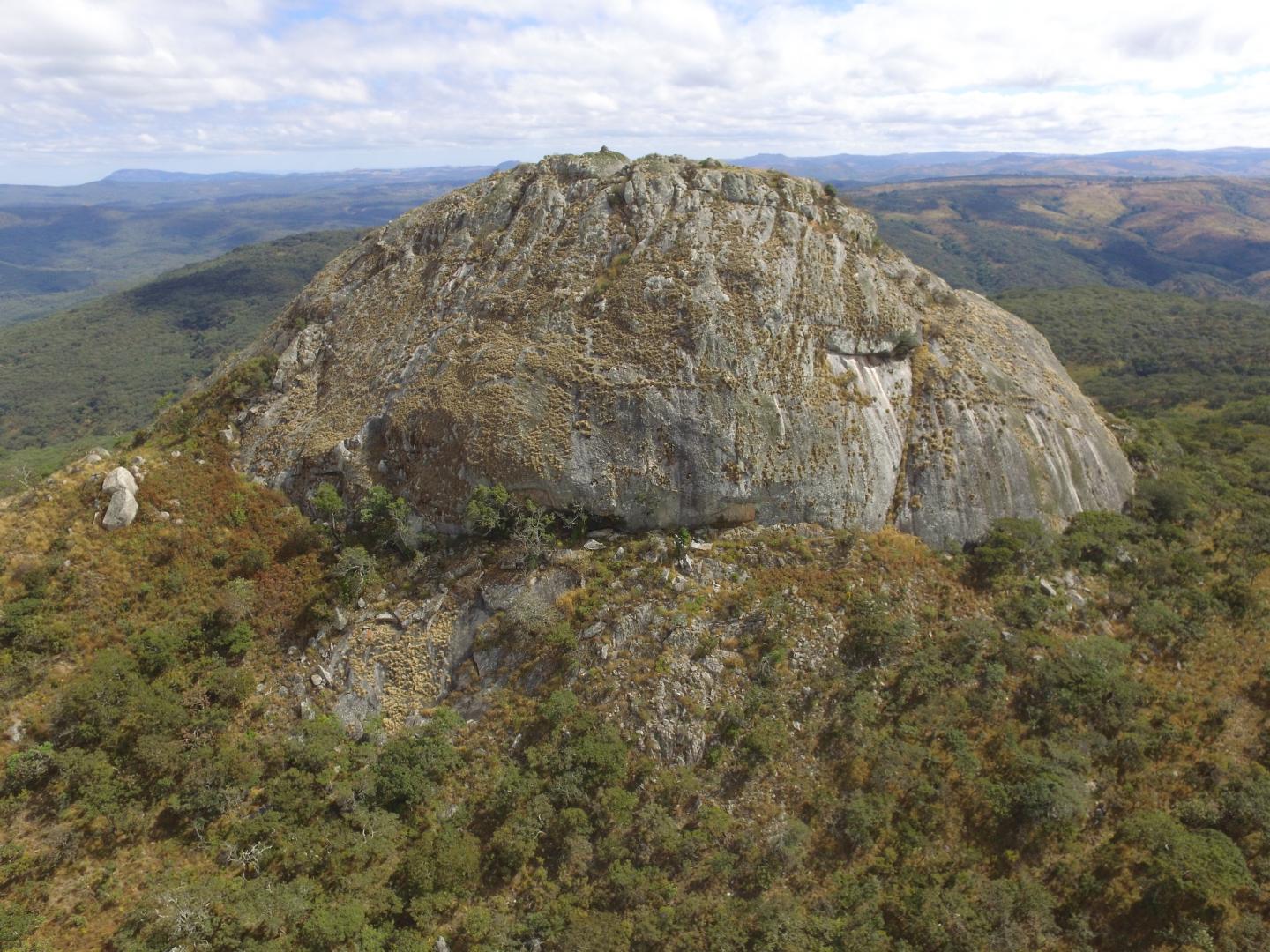 Credit:  Jacob Davis
The researchers also have some insight into the movements of herding groups before farmers came along. They found that a ~3,100-year-old pastoralist from Tanzania contributed ancestry to people from northeast to southern Africa, including a ~1,200-year-old southern African pastoralist.

Africa harbors more human genetic diversity than any other place in the world. The researchers said that most previous studies suggested that the earliest diversification of modern human lineages occurred in southern Africa. However, the new data suggests that western Africa may also harbor substantial ancestry from a modern human lineage that split even earlier than the one leading to the indigenous people of southern Africa.

The availability of past genomic diversity also allowed the researchers to identify genes that may have been important for humans as they adapted to a hunter-gatherer lifestyle in southern Africa. For example, the researchers found evidence of past selection on genes encoding taste receptors, which are known to be important for detecting and learning to avoid poisonous plants.

This is a photograph of Mount Hora, which yielded two of the samples - including the oldest one at about 8100 years ago. 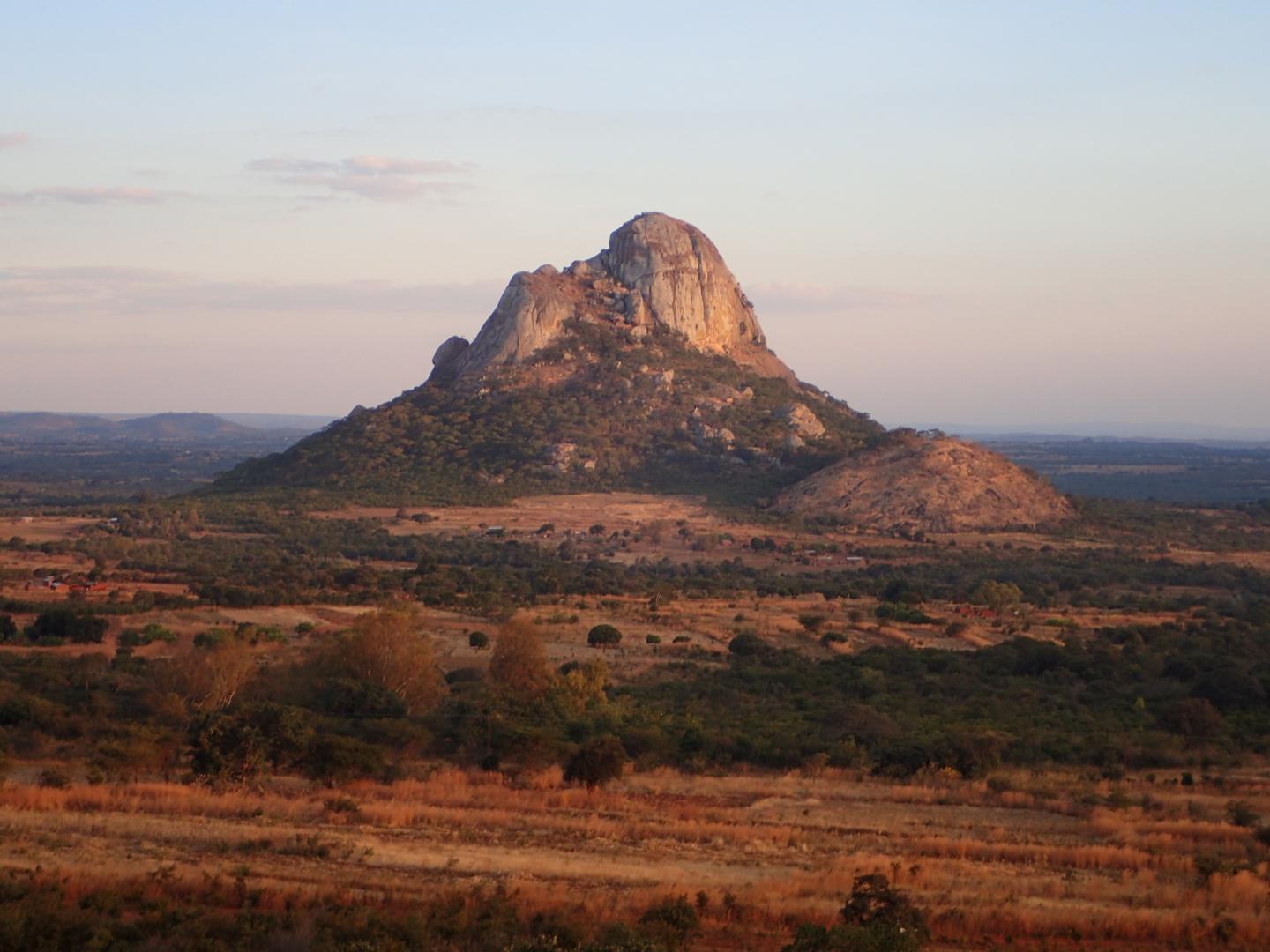 The researchers also observed potentially adaptive evolution among indigenous populations that live in the Kalahari Desert of southern Africa in genes involved in the response to ultraviolet radiation from the sun.

"These results document a prehistoric population landscape that we didn't know about," Skoglund said. "They document how farmer and herder migrations swept through eastern and southern Africa and how adaptation in southern African populations has been ongoing."

The researchers say that ancient DNA is the only clear way to understand human population dynamics over the deep sweep of human history. Understanding past genomic diversity can help not only to reconstruct unwritten history but also to guide medical genetic studies of diverse populations, the researchers noted. The researchers plan to continue using ancient DNA to study ancient population history in Africa and around the world.

"It is particularly important to reconstruct the origins of present-day genomic diversity in populations that have been underserved," Reich said.