A One-Of-A-Kind Star Found to Change Over Decades

Astronomers studying the unique binary star system AR Scorpii have discovered the brightness of the system has changed over the past decade. The new evidence lends support to an existing theory of how the unusual star emits energy. AR Scorpii consists of a rapidly spinning, magnetized white dwarf star that mysteriously interacts with its companion star. The system was recently found to more than double in brightness on timescales of minutes and hours, but research recently published in The Astrophysical Journal Letters found variability on a timescale of decades.

Researchers at the University of Notre Dame analyzed data on the unique system from the Kepler Space Telescope’s K2 mission taken in 2014 before the star was known to be unusual. The data was then compared with archival sky survey images going back to 2004 to look for long-term changes in the light curve of AR Scorpii. The binary’s light curve is unique, in that it exhibits a spike in emission every two minutes as well as a major brightness variation over the approximately 3.5-hour orbital period of the two stars. 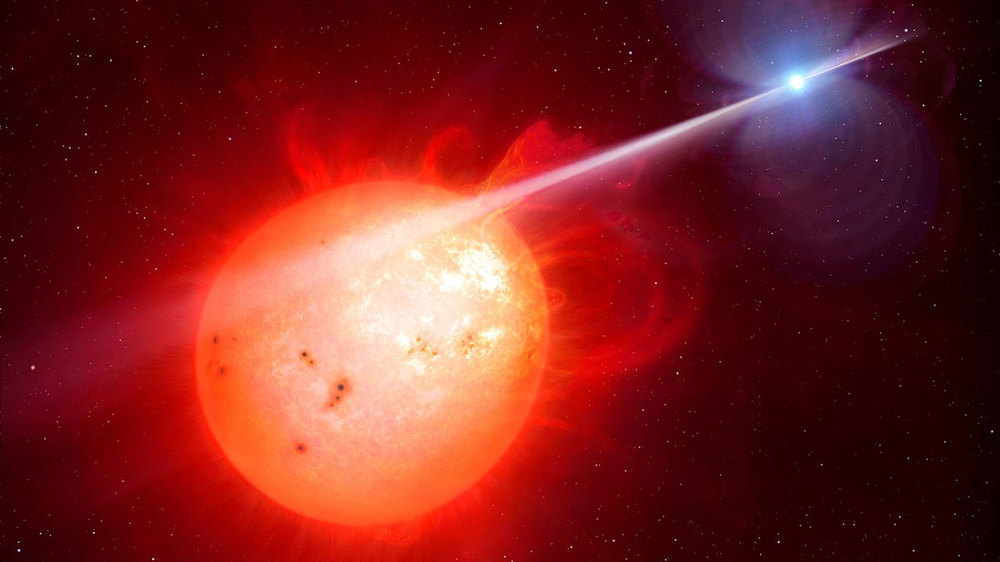 “One model of this system predicts long-term variations in the way the two stars interact. It was not known what the time scale of these changes might be — whether 20 to 200 years. By looking at the K2 and archival data, we were able to show that in addition to hourly changes in the system, there are variations occurring over decades,” said Peter Garnavich, professor and department chair of astrophysics and cosmology physics at Notre Dame.

A white dwarf is a very dense remnant of a star like the sun. When a solar-like star runs out of energy, gravity compresses its core to about the size of the Earth but with a mass 300,000 times higher. A teaspoon-sized piece of a white dwarf would weigh about 15 tons. The compression of the star can also amplify its magnetic field strength and its spin rate.

The unique system became famous in 2016 when researchers in England discovered that AR Scorpii, believed to be a mundane solitary star, was actually a rapidly varying binary. The system is remarkable as the white dwarf spins on its axis at an incredibly fast rate, causing flashes in luminosity every two minutes. The amplitude of the flashes varies over the 3.5-hour orbital period, something no other white dwarf binary system is known to do.

“We found that back 12 years ago, AR Scorpii’s peak brightness came a bit later in its orbit than it does now,” said Colin Littlefield, research associate working with Garnavich. “This does not solve the mystery, but it is another piece to the puzzle that is AR Scorpii.”

The team at Notre Dame has been observing the system with the Sarah L. Krizmanich Telescope at the University’s Jordan Hall of Science, and they plan to publish those results in an upcoming paper.

Research was funded in part by NASA.