The world’s shortest race by distance — a fraction of the width of a human hair — was run on gold and silver tracks, and took a whopping 30 hours. Given that the vehicles were invisible to the naked eye, your typical racing fan might have missed it. But the April “nanorace” was a huge success for scientists working at the nanoscale. It spurred interest in molecular machines and led to a surprising new discovery, reports the team that entered a nano-sized “monster truck.”

“The overarching goal was to advertise nanoscience to the public,” Eric Masson, Ph.D., says. “Then there was the technical challenge of manipulating multiple nanocars at the same time using a scanning tunneling microscope, or STM, instrument. Additionally, every team had its own goal. Ours was to see if we could deposit an intact supramolecular assembly onto a surface, and control its motion.” 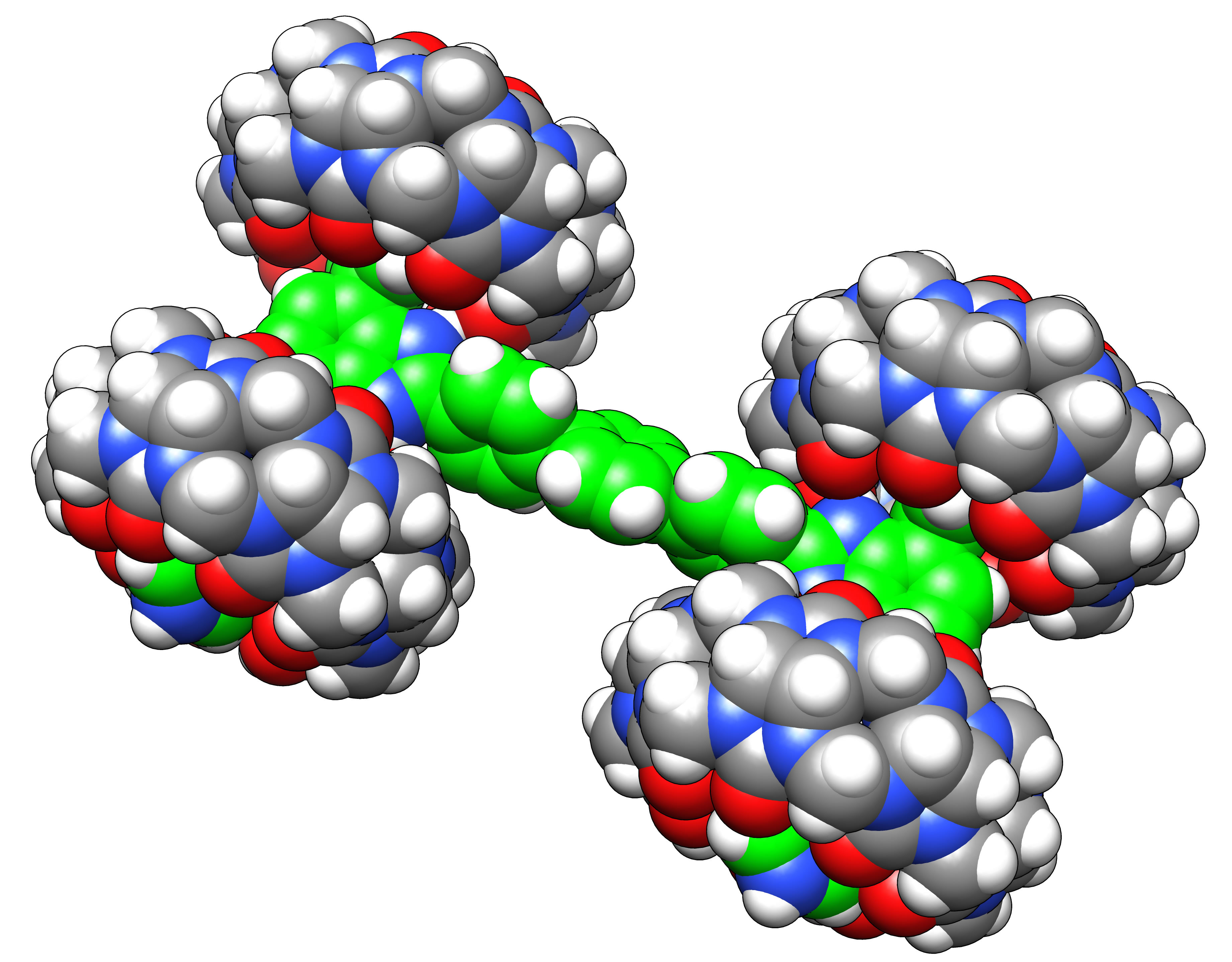 Masson and Saw-Wai Hla, Ph.D., co-led the team from Ohio University. They designed and built the largest car at about 3.5 nanometers in length. Officially called the Bobcat Nanowagon, it had a pseudorotaxane H-shaped frame with four relatively large cucurbituril molecules as wheels. Because of the size, it was ironically dubbed a monster truck. But unlike normal vehicles, it didn’t have a motor. So to move the nanocar, the researchers used the STM instrument in Hla’s lab.

“We incorporated positive charge receptors in the car,” Hla says. “So if we injected a positive charge in the STM tip pointed at the car, there would be repulsion, and the car would move. We found it worked very well.”

The competition, billed as the first-ever nanocar race, was held at the French National Center for Scientific Research (CNRS) in Toulouse on April 28. Six teams from three continents entered their molecule-sized racers. But because the STM instrument in Toulouse only had four tips that could each control only one nanocar, the Ohio team kept their nanowagon in Hla’s lab but “drove” it remotely from CNRS.

“My understanding is that this was a first,” Hla says. “We manipulated the car at the atomic scale from half a globe away.”

Hla and Masson’s nanowagon traveled 43 nanometers on the gold track before it got stuck due to a particularly rough section of the track and a power blip in the Midwest. Although it didn’t complete the course, it went farther than three other contestants, earning the team a third-place showing.

Masson and Hla say the Ohio team uncovered something intriguing as a result of the race. They had assembled the nanowagon by suspending the chassis molecules in water, adding the wheel molecules and then evaporating the water. About 70 percent of the resulting structures looked like two-wheeled hover boards, a few had three wheels, and about 10 percent had all four wheels. They were surprised to find that very few wheels weren’t connected to anything.

How this information might apply ultimately to molecular machines in the future remains unknown, although many scientists envision that tiny vehicles like these could be used in electronics and data storage. Masson and Hla both stress that the work is still in its early stages. Before applications come along, scientists need to understand how molecules behave at the atomic scale.

“Our excitement is really about the fundamental science,” Hla says. “This is just the beginning.”

The researchers presented their nanocar research at the 254th National Meeting & Exposition of the American Chemical Society (ACS). ACS, the world’s largest scientific society, is holding the meeting here through Thursday. It featured nearly 9,400 presentations on a wide range of science topics.