A team of astronomers has observed the magnetic field of a galaxy five billion light-years from Earth. The galaxy is the most distant in which a coherent magnetic field has been observed and provides important insight into how magnetism in the Universe formed and evolved.

The observation shows a magnetic field of a similar strength and configuration to that seen in our own Milky Way Galaxy, even though the distant galaxy is five billion years younger than ours. This is evidence that galactic magnetic fields form early in a galaxy’s life and remain relatively stable.

“This finding is exciting,” says Dr. Sui Ann Mao, an astronomer and Minerva Research Group leader at the Max Planck Institute for Radio Astronomy and lead author of the paper describing the observation. “It is now the record holder of the most distant galaxy for which we have this magnetic field information.” The paper will be published August 28th in Nature Astronomy.

An image obtained using the Hubble Space Telescope showing three objects. The two brightest objects (upper right and lower left) are lensed images of the same, distant quasar. The dimmer object between the two lensed images is the galaxy in which a magnetic field was detected.

Galaxies have their own magnetic fields, but they are incredibly weak—a million times weaker than the Earth’s magnetic field. One theory suggests that the magnetic field of a young galaxy starts off weak and tangled, becoming stronger and more organized over time.

But, because the magnetic field of the observed galaxy is not much different from the fields we observe in our own Milky Way Galaxy and nearby galaxies, the detection is evidence that galactic magnetism appears relatively early, rather than growing slowly over time.

“This means that magnetism is generated very early in a galaxy’s life by natural processes, and thus that almost every heavenly body is magnetic,” says Prof. Bryan Gaensler, Dunlap Institute for Astronomy & Astrophysics, University of Toronto, and a co-author of the paper. “The implication is that we need to understand magnetism to understand the Universe.” 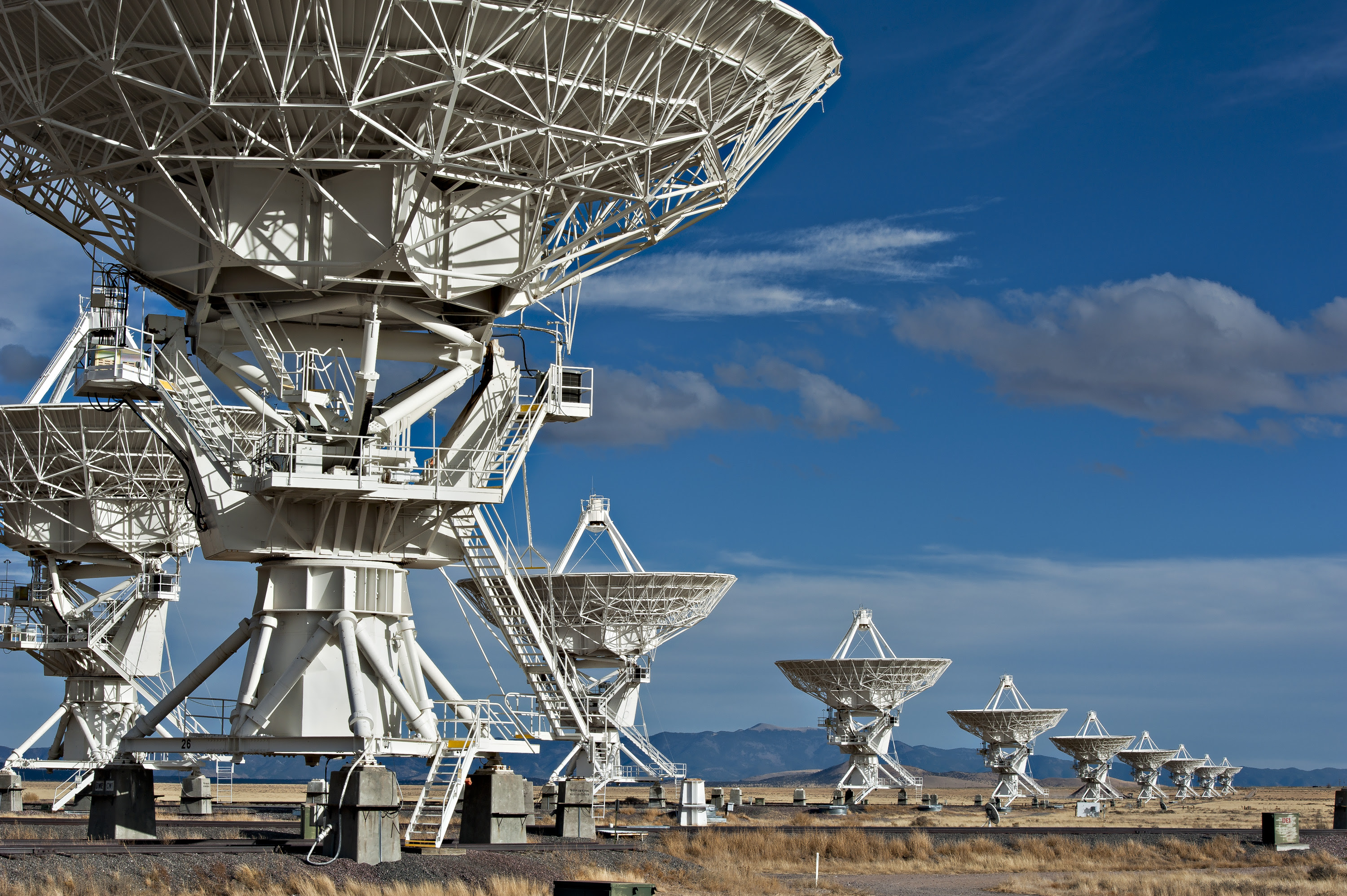 But these observations are difficult to make, in part because a magnetic field can’t be detected directly. Instead, we can only detect one by observing the magnetic fingerprint it leaves on light passing through it—an effect referred to as Faraday Rotation.

Mao, Gaensler and their colleagues were able to make their observation because a quasar—a very bright and distant galaxy—lies beyond the galaxy being studied, along the same line of sight. Thanks to this chance alignment, the quasar’s light passes through the galaxy’s magnetic field on its way to us, picking up the tell-tale Faraday Rotation fingerprint.

The observation was made using the Karl G. Jansky Very Large Array, an array of radio telescope dishes in Plains of San Agustin in the New Mexico desert, operated by the National Radio Astronomy Observatory.

“Nobody knows where cosmic magnetism comes from or how it was generated,” says Gaensler. “But now, we have obtained a major clue needed for solving this mystery, by extracting the fossil record of magnetism in a galaxy billions of years before the present day.”

2) In the Hubble Space Telescope image, there appear to be three objects. Of the three, the central, dimmer object is the galaxy. Both of the two remaining objects are lensed images of the same, more distant quasar. As light from the quasar travels toward us, its path is bent by the gravity of the galaxy, just as the trajectory of a spacecraft is bent as it flies by a planet. We see light from the quasar that traveled along different paths as multiple images of the same object. Says Mao, “Having multiple lensed images of the background quasar to probe along different sight lines through the lensing galaxy is the key to getting the measurement we have here.”