No Guts, No Glory: Bacteria That May Aid Athletic Performance Discovered

Elite athletes work hard to excel in sports, but they may also get a natural edge from the bacteria that inhabit their digestive tracts. Scientists have now tapped into the microbiome of exceptional runners and rowers, and have identified particular bacteria that may aid athletic performance. The goal is to develop probiotic supplements that may help athletes — and even amateur fitness enthusiasts — recover from a tough workout or more efficiently convert nutrients to energy.

Elite athletes’ microbiomes could inform development of probiotics that could help them and others perform better and recover faster. 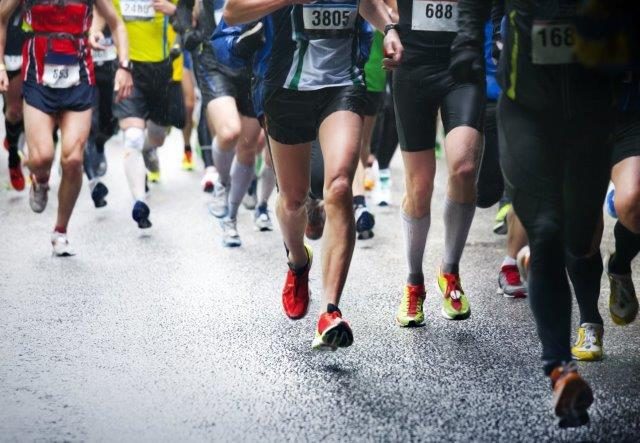 To answer that question, microbes seemed like a good place to start. “We are more bacteria than we are human,” says Scheiman, who is a postdoctoral fellow in the laboratory of George Church, Ph.D., at Harvard Medical School. “The bugs in our gut affect our energy metabolism, making it easier to break down carbohydrates, protein and fiber. They are also involved in inflammation and neurological function. So perhaps the microbiome could be relevant for applications in endurance, recovery and maybe even mental toughness.”

As a first step toward identifying bacteria that support athletic performance, the researchers collected fecal samples on a daily basis from 20 athletes training for the 2015 Boston marathon, one week before and one week after the race. “For two weeks I was driving around Boston collecting fecal samples and putting them on dry ice in the car,” Scheiman says. “We followed athletes longitudinally to capture how the microbiome changes between performance and recovery.”

The researchers sequenced the genomes of the sampled bacteria, using computational metagenomic methods to figure out how many and what types of microbes inhabited the fecal samples. When they compared the pre-race and post-race samples, the researchers found a sudden spike in the population of one particular type of bacteria after the marathon. “This bug’s natural function is to break down lactic acid,” Scheiman says. During intense exercise, the body produces more lactic acid than usual, which can lead to muscle fatigue and soreness. This bacteria could potentially help with that.

The team has isolated the bacteria from fecal samples and is beginning to evaluate its properties. They’ve already determined that the bug excels at breaking down lactic acid in a test tube and remains viable after it passes through the digestive system of mice. The researchers are now feeding the bacteria to mice to measure its effects on lactic acid levels and fatigue.

In another set of experiments, the researchers are comparing the bacteria from ultramarathoners to those found in rowers training for the Olympics. They found a type of bacteria in ultramarathoners that can help break down carbohydrates and fiber — which is key during a 100-mile run — that wasn't present in the rowers, suggesting that different sports may foster niche microbiomes.

Scheiman says that the team plans to launch a company this fall called Fitbiomics. “I would like to think that a year after we launch, we could have a novel probiotic on the market,” he says. “But in parallel we’ll also be expanding our cohort of elite athletes from numerous sports to generate a larger microbial data and strain bank of novel probiotic candidates. In essence, we're mining the biology of the most fit and healthy people in the world and then extracting that information to help them and others.”

Scheimann acknowledges funding and support from the Wyss Institute for Biologically Inspired Engineering.
The researchers presented their results   at the 254th National Meeting & Exposition of the American Chemical Society (ACS). ACS, the world’s largest scientific society, is holding the meeting here through Thursday. It features nearly 9,400 presentations on a wide range of science topics.