A new series of images generated with data from NASA's Soil Moisture Active Passive (SMAP) satellite illustrate the surface flooding caused by Hurricane Harvey from before its initial landfall through August 27, 2017. Harvey is now a depression spreading heavy rainfall through the south central and southeastern U.S.


The SMAP observations detect the proportion of the ground covered by surface water within the satellite's field of view. The sequence of images depicts successive satellite orbital swath observations showing the surface water conditions on August 22, before Harvey's landfall and then on Aug. 27, two days after landfall.

The resulting increase in surface flooding from record rainfall over the three-day period depicts regionally heavy flooding around the Houston metropolitan area. The hardest hit areas cover more than 23,000 square miles (about 59,600 square kilometers) and indicate a more than 1,000-fold increase in surface water cover from rainfall-driven flooding. SMAP's low-frequency (L-band) microwave radiometer features enhanced capabilities for detecting surface water changes in nearly all weather conditions and under low-to-moderate vegetation cover. The satellite provides global coverage with one to three-day repeat sampling, which is well suited for monitoring dynamic inland waters around the world.


Other NASA satellites continue to gather data on Harvey as it moves through the middle of the U.S. and weakens. 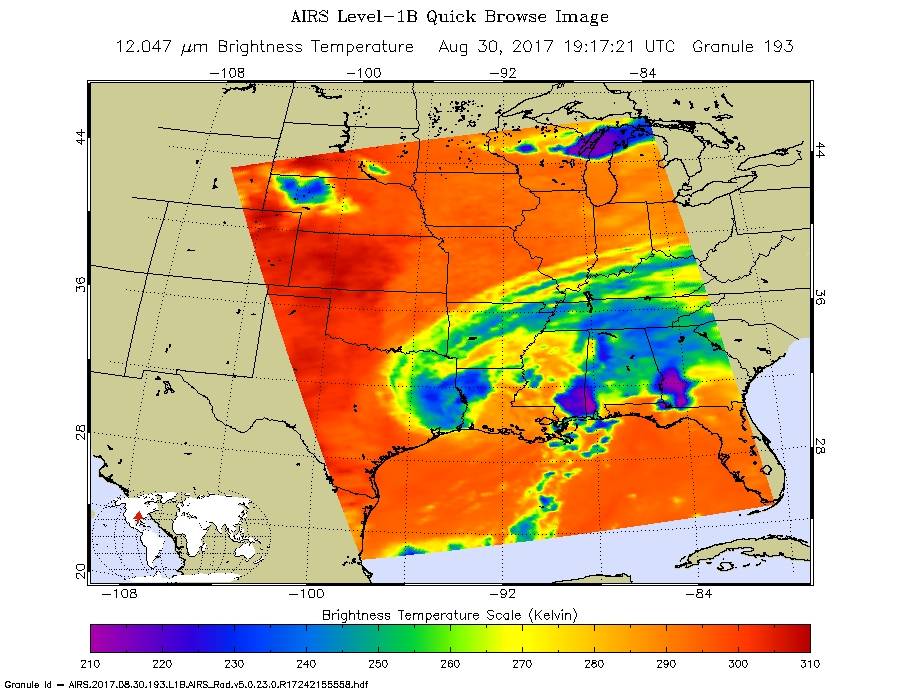 
On Aug. 30 at 3:20 p.m. EDT the Moderate Resolution Imaging Spectroradiometer or MODIS instrument aboard NASA's Aqua satellite captured a visible light image of Tropical Storm Harvey moving north over Texas and Louisiana. At the same time, the Atmospheric Infrared Sounder or AIRS instrument aboard Aqua provided temperature data in infrared light. AIRS showed some areas with strongest storms and coldest cloud top temperatures near northwestern Louisiana and in bands of thunderstorms over southern Mississippi, northwestern Alabama, and southwestern Georgia. Cloud top temperatures in those areas were as cold as minus 63 degrees Fahrenheit (minus 53 degrees Celsius). Storms with temperatures that cold have been shown to generate heavy rainfall.

The National Hurricane Center (NHC) has issued its final advisory on Harvey. Public Advisories from the Weather Prediction Center (WPC) will provide updates as long as the system remains a flood threat. 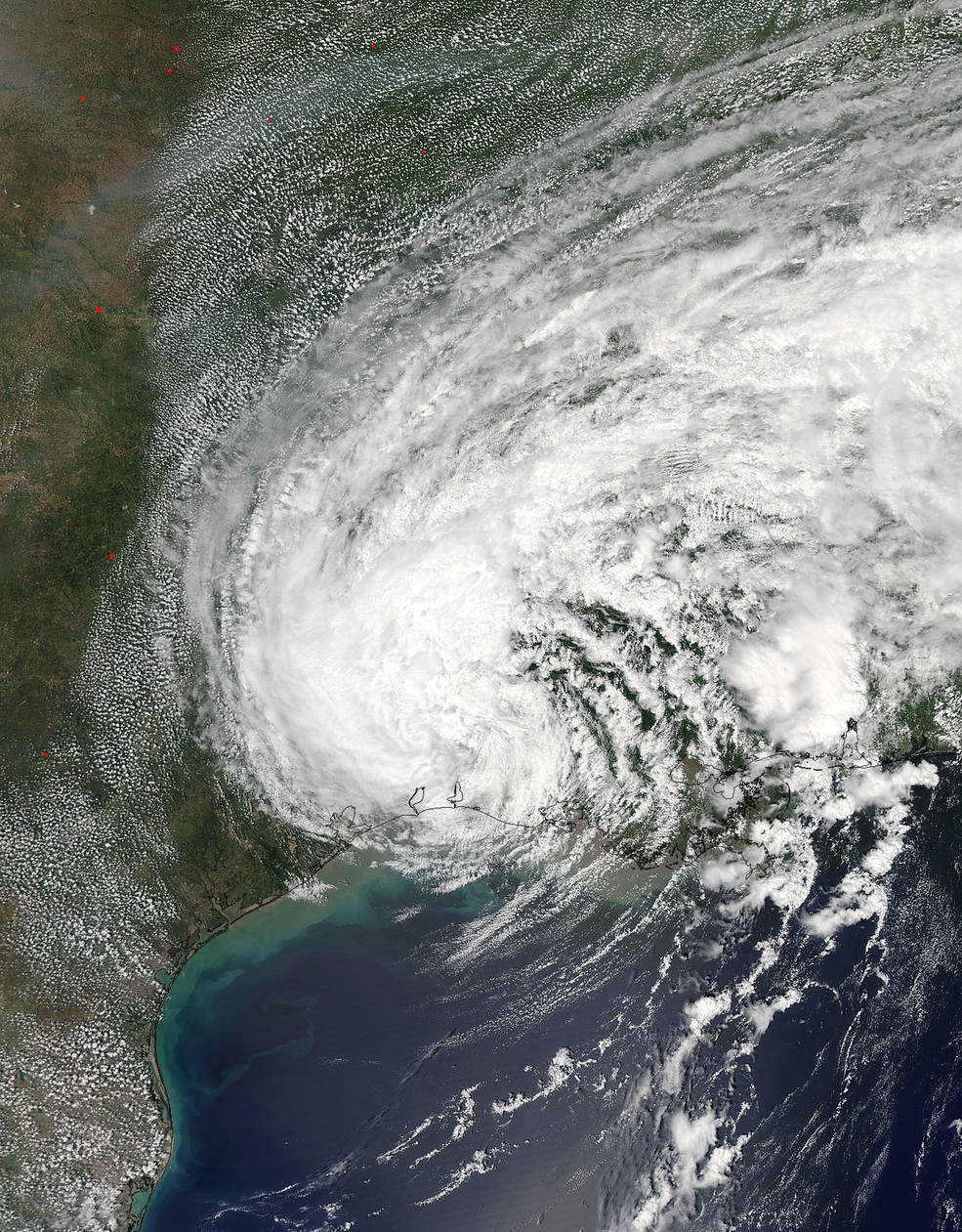 
By Aug. 31, Harvey had been downgraded to a depression and was generating flooding rains in far eastern Texas and western Louisiana with heavy rainfall spreading northeastward through the Lower Mississippi Valley and into the Tennessee and Ohio Valleys and central Appalachians over the next day or two.

At 11 a.m. EDT (1500 UTC) the center of tropical depression Harvey was located near 32.5 degrees north latitude and 91.4 degrees west longitude. WPC said Tropical Depression Harvey is moving towards the northeast and is expected to continue this motion over the next 48 hours. This forecast track takes Harvey into northern Mississippi by Thursday evening, middle Tennessee by Friday, and into the Ohio Valley states on Saturday, Sept. 2 as a post-tropical low.

WPC said: Tropical Depression Harvey is expected to produce 3 to 5 inches of rain from eastern Arkansas and northern Mississippi northeastward across western to central Tennessee, western to central Kentucky, southern Ohio and into West Virginia. Locally Higher totals of 6 to 10 inches are possible across northern Mississippi, western Tennessee and into southwest Kentucky. These Rains will enhance the flash flooding risk across these areas, especially in northern Mississippi, western Tennessee and southwest Kentucky. However widespread flooding will continue in and around Houston, Beaumont/Port Arthur/Orange, and eastward around the Louisiana border through the weekend. The expected heavy rains spreading northeastward from Louisiana into western

SMAP is managed for NASA's Science Mission Directorate in Washington by NASA's Jet Propulsion Laboratory in Pasadena, California, and NASA's Goddard Space Flight Center in Greenbelt, Maryland. JPL is managed for NASA by Caltech. A consortium of researchers from other universities participate on the SMAP science team, including the Massachusetts Institute of Technology in Cambridge; Princeton University in Princeton, New Jersey; and the University of Montana in Missoula, which provided the SMAP surface water imagery.