The advent of farming, especially dairy products, had a small but significant effect on the shape of human skulls, according to a recently published study from anthropologists at UC Davis.

Humans who live by hunting and foraging wild foods have to put more effort into chewing than people living from farming, who eat a softer diet. Although previous studies have linked skull shape to agriculture and softer foods, it has proved difficult to determine the extent and consistency of these changes at a global scale.

Graduate student David Katz, with Professor Tim Weaver and statistician Mark Grote, used a worldwide collection of 559 crania and 534 lower jaws (skull bones) from more than two dozen pre-industrial populations to model the influence of diet on the shape, form, and size of the human skull during the transition to agriculture. 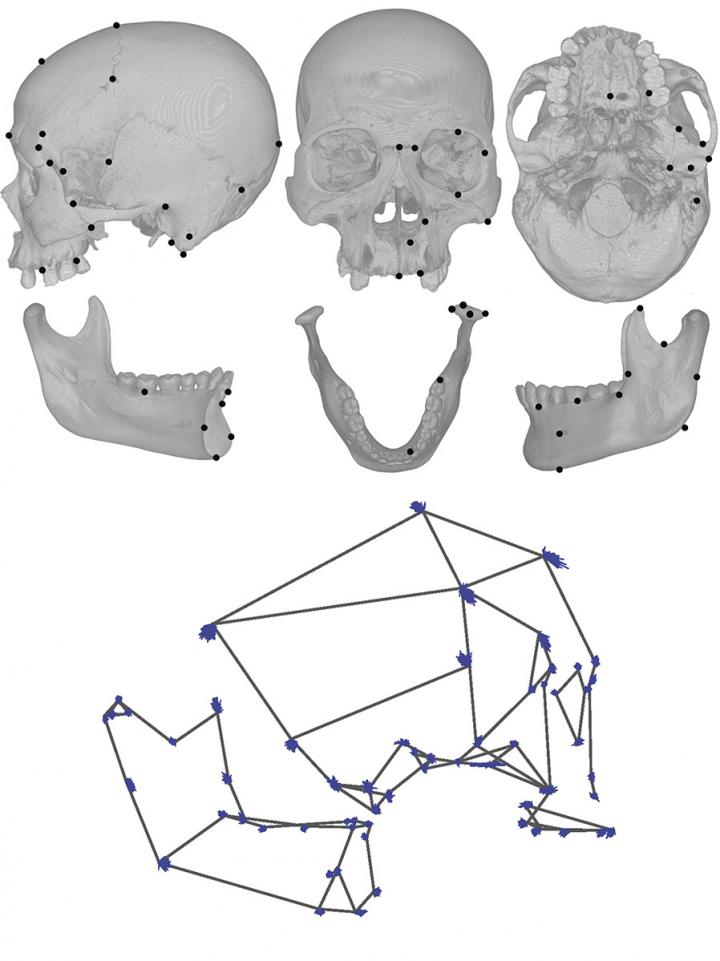 They found modest changes in skull morphology for groups that consumed cereals, dairy, or both cereals and dairy.

"The main differences between forager and farmer skulls are where we would expect to find them, and change in ways we might expect them to, if chewing demands decreased in farming groups," said Katz, who is now a postdoctoral researcher at the University of Calgary, Alberta.

"At least in early farmers, milk did not make for bigger, stronger skull bones," Katz said.

However, differences due to diet tended to be small compared to other factors, such as the difference between males and females or between individuals with the same diet from different populations, Katz said.