Why Rappelling Spiders Don't Spin Out of Control

The last time you watched a spider drop from the ceiling on a line of silk, it likely descended gracefully on its dragline instead of spiraling uncontrollably, because spider silk has an unusual ability to resist twisting forces.

In a new paper appearing last week in Applied Physics Letters, from AIP Publishing, researchers from China and the U.K. showed that unlike human hair, metal wires or synthetic fibers, spider silk partially yields when twisted. This property quickly dissipates the energy that would otherwise send an excited spider spinning on the end of its silk.

"Spider silk is very different from other, more conventional materials," said Dabiao Liu of Huazhong University of Science and Technology. "We find that
the dragline from the web hardly twists, so we want to know why."

The golden silk orb weaver (Nephila pilipes) creates dragline silk that prevents it from spinning while hanging from its web. 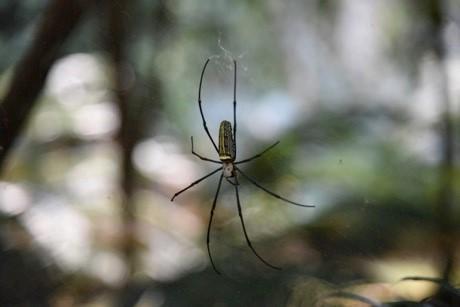 Credit: Kai Peng of Huazhong University of Science and Technology

A greater understanding of how spider silk resists spinning could lead to biomimetic fibers that mimic these properties for multiple potential uses such as in violin strings, helicopter rescue ladders and parachute cords. "If we understood how spider silk achieves this, then maybe we could incorporate the properties into our own synthetic ropes," said David Dunstan of Queen Mary University of London.

Spiders use dragline silk for the outer rim and spokes of their webs, and as a lifeline when dropping to the ground. The material has intrigued scientists because of its incredible strength, stretchiness and ability to conduct heat, but little research has focused on its torsional properties -- how it responds to twisting.

Researchers used a torsion pendulum, the same tool used by Henry Cavendish to weigh the Earth in the 1790s, to investigate dragline silk from two species of golden silk orb weavers. They collected strands of silk from captive spiders and suspended the strands inside a cylinder using two washers at the end to mimic a spider. The cylinder isolated the silk from environmental disturbances and kept the strand at a constant humidity, because water can cause the fibers to contract. A rotating turntable twisted the silk while a high-speed camera recorded the silk's back and forth oscillations over hundreds of cycles.

This microscopic image shows the glands in a spider's abdomen from which researcher collected double threads of dragline silk. 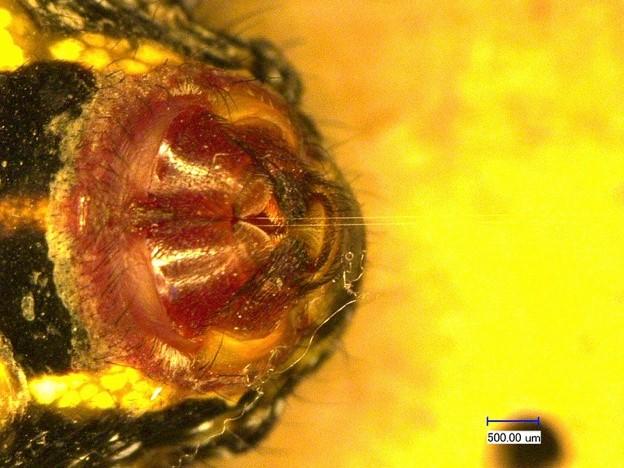 Credit: Dabiao Liu and Kai Peng of Huazhong University of Science and Technology

Unlike synthetic fibers and metals, spider silk deforms slightly when twisted, which releases more than 75 percent of its potential energy, and the oscillations rapidly slow. After twisting, the silk partially snaps back.

The team suspects that this unusual behavior is linked to the silk's complex physical structure, consisting of a core of multiple fibrils inside a skin. Each fibril has segments of amino acids in organized sheets and others in unstructured looping chains. They propose that torsion causes the sheets to stretch like elastic, and warp the hydrogen bonds linking the chains, which deform like plastic. The sheets can recover their original shape, but the chains remain partially deformed. The pendulum exhibits this change with reduced magnitude of the silk's oscillations, as well as a shifting of the equilibrium point of the oscillation.
Researchers examined the morphology of dragline silk under the microscope to ensure quality before testing on the torsion pendulum. 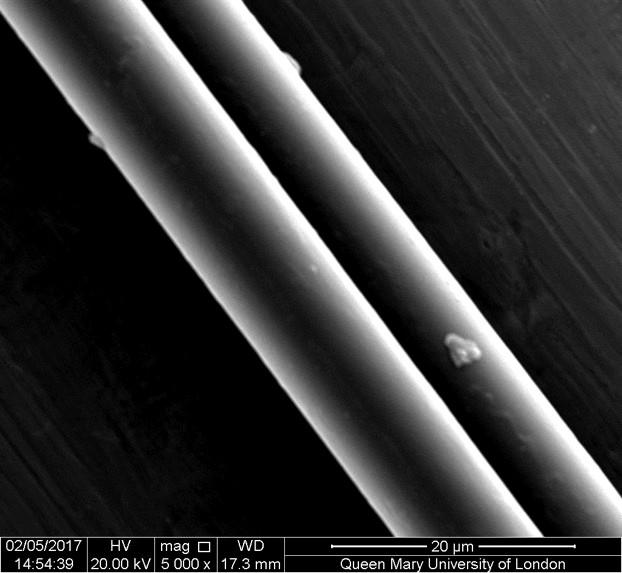 
The group will continue to investigate how spider silk reacts to twisting in this way and is also looking into how it maintains its stiffness during torsion, what effect humidity has and to what degree air helps dissipate the energy. "There is a lot of further work needed," Dunstan said. "This spider silk is displaying a property that we simply don't know how to recreate ourselves, and that is fascinating."