Whey protein supplements aren't just for gym buffs according to new research from McMaster University. When taken on a regular basis, a combination of these and other ingredients in a ready-to-drink formula have been found to greatly improve the physical strength of a growing cohort: senior citizens.

The deterioration of muscle mass and strength that is a normal part of aging -known as sarcopenia -- can increase the risk for falls, metabolic disorders and the need for assisted living, say researchers.

"Older people who do little to prevent the progression of sarcopenia drift toward a state where they find activities of daily living, like rising from a chair or ascending stairs very difficult or maybe impossible," says lead scientist Stuart Phillips, professor in the Department of Kinesiology and member of McMaster's Institute for Research on Aging. 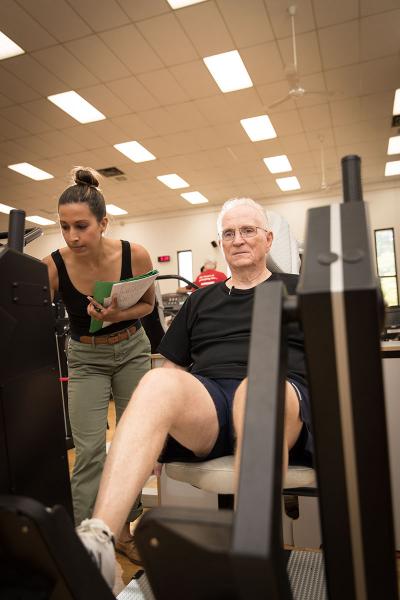 While a number of isolated nutritional ingredients have been shown to fight sarcopenia, this is the first time such ingredients -- which include whey protein, creatine, vitamin D, calcium and fish oil - have been combined and tested for this purpose.

For the study, which was published today in the journal PLOS ONE, the research team recruited two groups of men aged 70 and older. One group took a protein-based, multi-ingredient nutritional supplement for six weeks without an exercise regimen, while the other group took a placebo. The objective was to evaluate whether daily consumption would result in gains in strength and lean body mass.

"We chose that combination of exercises to get a maximal benefit in terms of fitness and muscle strength" said Gianni Parise, scientific co-lead on the study. "I know many think older persons can't do that type of exercise, but that's simply untrue."

"The results were more impressive than we expected," says Kirsten Bell, a PhD student who worked on the study.

Most notable, the findings showed improvements in deteriorating muscle health and overall strength for participants both before and after the exercise regimen. In the first six weeks, the supplement resulted in 700 grams of gains in lean body mass - the same amount of muscle these men would normally have lost in a year. And when combined with exercise twice weekly, participants noticed greater strength gains- especially when compared with their placebo taking counterparts.

"Clearly, exercise is a key part of the greatly improved health profile of our subjects," says Bell, "but we are very excited by the enhancements the supplement alone and in combination with exercise was able to give to our participants."

The research, which was supported by the Labarge Optimal Aging Initiative within the McMaster Institute for Research on Aging, comes at a time when demographic trends lean toward older Canadians as the largest percentage of our population. The authors hope that continued work will include older women and different populations that can benefit from a supplement aimed at improving muscle health.