Is This the Longest Living Animal in the World?

Large tubeworms living in the cold depths of the Gulf of Mexico may be among the longest living animals in the world. This is revealed in a study in Springer's journal The Science of Nature. According to lead author Alanna Durkin of Temple University in the US, members of the tubeworm species Escarpia laminata live around 100 to 200 years, while the longevity of some even stretches to the three century mark.

Escarpia laminata is a type of tubeworm that lives in cold seeps found between 1000 meters and 3300 meters deep on the ocean floor of the Gulf of Mexico. Hydrogen sulphide, methane and other hydrocarbon-rich fluids seep out of these vents.

Because so little is known about this species and its life history, Durkin and her colleagues set out to estimate its lifespan. The team also wanted to find out if it is as long-lived as other types of tubeworms living in cold seeps in shallower waters, such as Lamellibrachia luymesiand Seepiophila jonesi. 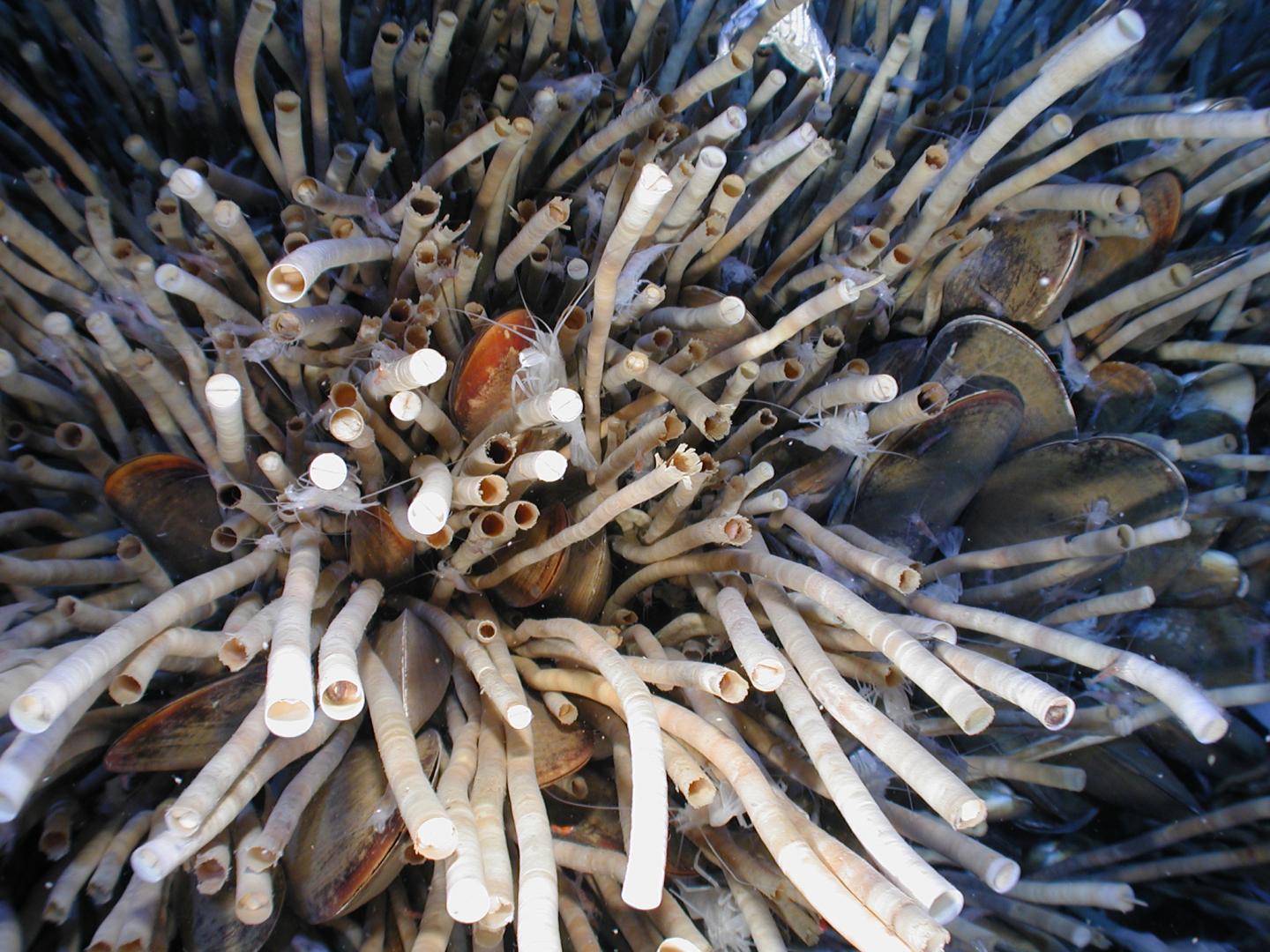 They collected and marked 356 tubeworms at different locations in the Gulf of Mexico and measured how much these grew over the course of one year. This method for modelling annual growth was first developed to calculate the age of Lamellibrachia luymesi, which is estimated to live up to 250 years. The average individual growth model was then extended to also include death rates and recruitment rates to construct a population-wide simulation. In the process, the age and growth rates of the individual tubeworms collected could be estimated.


The individual and population level approaches indicate that larger Escarpia laminata individuals live longer than 250 years. An Escarpia laminata tubeworm fifty centimeters in length is predicted to be 202 years old. This species therefore lives much longer than its relatives, Lamellibrachia luymesi and Seepiophila jonesi. This lifespan is also far beyond estimates based on universal scaling laws for Escarpia laminata's body size and ambient temperature.

According to Durkin, Escarpia laminata's extremely low death rate has helped it evolve a very long lifespan. The results support longevity theory, which states that in the absence of any external threats natural selection will select for individuals that show signs of ageing more slowly and can reproduce continually into their old age.

"At more than 250 years old, Escarpia laminata achieves a lifespan that exceeds other longevity records," says Durkin. "Given the uncertainty associated with estimating the ages of the longest individuals, there may be large Escarpia laminata tubeworms alive in nature that live even longer."

The longest-lived land vertebrate ever recorded was a 177-year-old Galapagos giant tortoise, while bowhead whales of 211 years old have been recorded as the longest-lived mammal. Durkin says the marine clam Arctica islandica remains the oldest non-colonial animal known, with an inferred age of 507 years.