Researchers from the Centre for Ecology & Hydrology (CEH) publish results of a large-scale, field-realistic experiment to assess neonicotinoid impacts on honeybees and wild bees across Europe, in the peer-review journal Science today (29 June 2017). 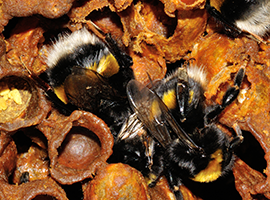 Neonicotinoid seed coatings are designed to kill pests such as the cabbage stem flea beetle, but were effectively banned in the EU in 2013 due to concerns regarding their impact on bee health.

The researchers found that exposure to treated crops reduced overwintering success of honeybee colonies – a key measure of year-to-year viability – in two of the three countries. In Hungary, colony number fell by 24 percent in the following spring. In the UK, honeybee colony survival was generally very low, but lowest where bees fed on clothianidin-treated oilseed rape in the previous year.

No harmful effects on overwintering honeybees were found in Germany.

According to the CEH lead author, Dr Ben Woodcock, "The neonicotinoids investigated caused a reduced capacity for all three bee species to establish new populations in the following year, at least in the UK and Hungary."

He suggests the differing impacts on honeybees between countries may be associated with interacting factors including the availability of alternative flowering resources for bees to feed on in the farmed landscape as well as general colony health, with Hungarian and UK honeybees tending to be more diseased.


"The neonicotinoids investigated caused a reduced capacity for all three bee species to establish new populations in the following year, at least in the UK and Hungary." Dr Ben Woodcock, Centre for Ecology & Hydrology

In contrast, the hives in Germany happened to be larger, showed little evidence of disease and had access to a wider range of wild flowers to feed on. Dr Woodcock suggests that this may explain why in this country alone there was no evidence of a negative effect of neonicotinoids on honeybees.

Aerial view of one of the UK trial plots from CEH's large-scale field experiment. 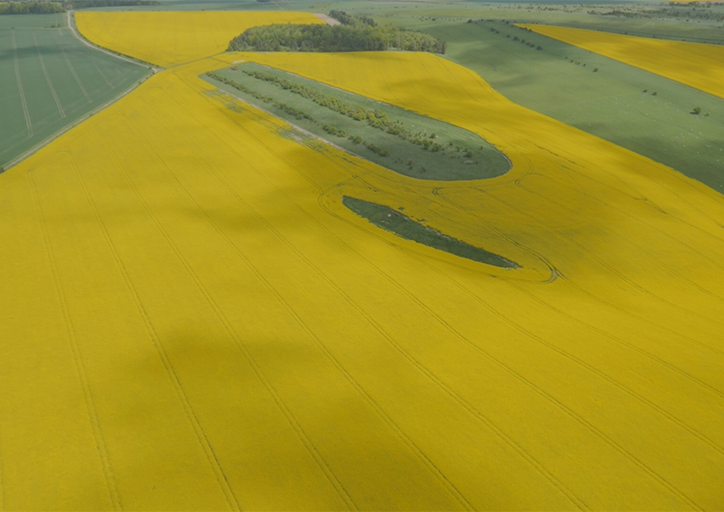 Dr Woodcock explains that, "Neonicotinoid seed dressings do have positive attributes: they target insects that damage the plant, can be applied to the seed at low dosage rates but protect the whole plant and reduce the need for broad spectrum insecticide sprays. Their use as an alternative chemical control option is also useful in controlling pests where insecticide resistance to other pesticides is already found, so play an important role to play in food production."

In Dr Woodcock’s view, "There may be opportunities to mitigate negative impacts of neonicotinoid exposure on bees through improved honeybee husbandry or availability of flowering plants for bees to feed on across non-cropped areas of the farmed landscape. Both these issues require further research.

He added, "The negative effects of neonicotinoids on wild bees may also be the result of diverse mechanisms of exposure that include persistent residues of neonicotinoids in arable systems due to their widespread and often very frequent use."

Scientist processing hives and bumblebee numbers in a laboratory. 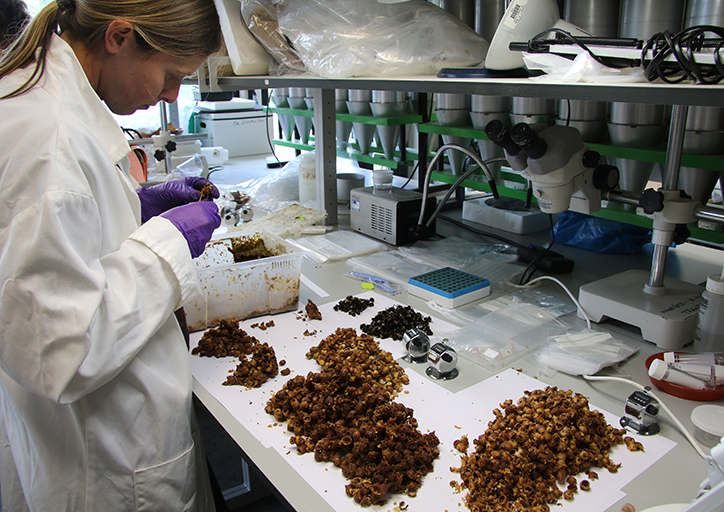 "This latest field study was designed, as far as possible, to reflect the real world due to its size and scope. We therefore believe it goes a considerable way to explaining the inconsistencies in the results of past research, as we were better able to account for natural variation in factors like exposure to the pesticide, bee food resources and bee health for different bee species.

"Our findings also raise important questions about the basis for regulatory testing of future pesticides."

"This latest field study was designed, as far as possible, to reflect the real world due to its size and scope." Prof Richard Pywell, Centre for Ecology & Hydrology

Bayer CropScience and Syngenta funded the research assessing the impact of neonicotinoids on honeybees. The Natural Environment Research Council funded the analysis of the impact on the wild bees. The experiment, including design, monitoring and analysis, were scrutinised by an independent scientific advisory committee chaired by Professor Bill Sutherland of Cambridge