Diet Rich in Tomatoes Cuts Skin Cancer in Half in Mice

Daily tomato consumption appeared to cut the development of skin cancer tumors by half in a mouse study at The Ohio State University.

The new study of how nutritional interventions can alter the risk for skin cancers appeared online in the journal Scientific Reports.

It found that male mice fed a diet of 10 percent tomato powder daily for 35 weeks, then exposed to ultraviolet light, experienced, on average, a 50 percent decrease in skin cancer tumors compared to mice that ate no dehydrated tomato. 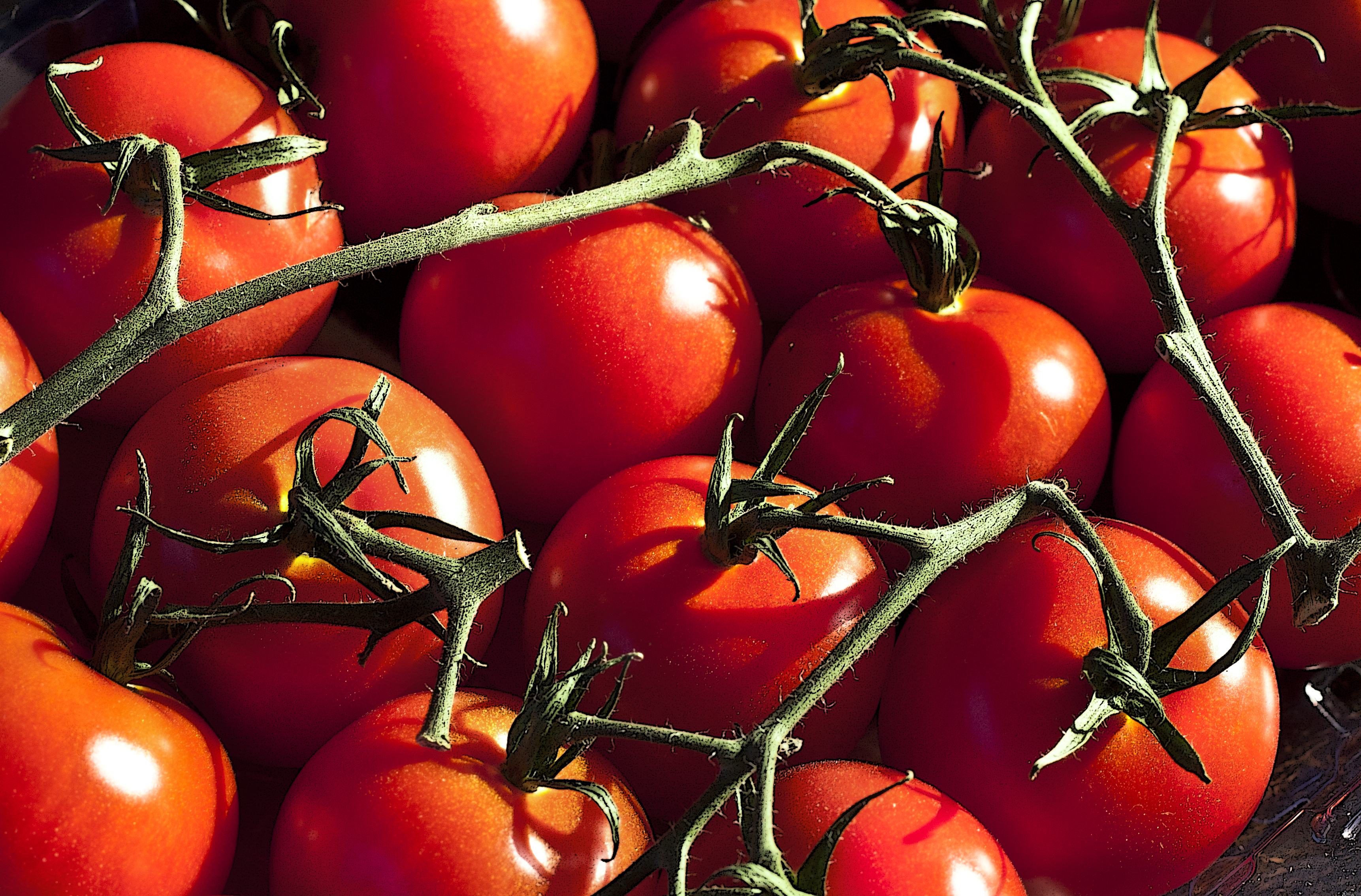 The theory behind the relationship between tomatoes and cancer is that dietary carotenoids, the pigmenting compounds that give tomatoes their color, may protect skin against UV light damage, said Jessica Cooperstone, co-author of the study and a research scientist in the Department of Food Science and Technology in the College of Food, Agricultural, and Environmental Sciences at Ohio State.

There were no significant differences in tumor number for the female mice in the study. Previous research has shown that male mice develop tumors earlier after UV exposure and that their tumors are more numerous, larger and more aggressive.

"This study showed us that we do need to consider sex when exploring different preventive strategies," said the study's senior author, Tatiana Oberyszyn, a professor of pathology and member of Ohio State's Comprehensive Cancer Center.

"What works in men may not always work equally well in women and vice versa."

Previous human clinical trials suggest that eating tomato paste over time can dampen sunburns, perhaps thanks to carotenoids from the plants that are deposited in the skin of humans after eating, and may be able to protect against UV light damage, Cooperstone said.

"Lycopene, the primary carotenoid in tomatoes, has been shown to be the most effective antioxidant of these pigments," she said.

"However, when comparing lycopene administered from a whole food (tomato) or a synthesized supplement, tomatoes appear more effective in preventing redness after UV exposure, suggesting other compounds in tomatoes may also be at play."

In the new study, the Ohio State researchers found that only male mice fed dehydrated red tomatoes had reductions in tumor growth. Those fed diets with tangerine tomatoes, which have been shown to be higher in bioavailable lycopene in previous research, had fewer tumors than the control group, but the difference was not statistically significant.

Cooperstone is currently researching tomato compounds other than lycopene that may impart health benefits.

Non-melanoma skin cancers are the most common of all cancers, with more new cases -- 5.4 million in 2012 -- each year than breast, prostate, lung and colon cancers combined, according to the American Cancer Society.

Despite a low mortality rate, these cancers are costly, disfiguring, and their rates are increasing, according to the U.S. Department of Health and Human Services.

"Foods are not drugs, but they can possibly, over the lifetime of consumption, alter the development of certain diseases," she said.

The three-year study was supported by the National Institutes of Health through the National Cancer Institute. Other Ohio State researchers who worked on the study were David Francis, professor in the Department of Horticulture and Crop Science; and Steven Schwartz, a professor in Food Science and Technology.