Can an Ancient Ocean Shoreline Set the Stage for a Tropical Forest of Today?

Could an ancient ocean shoreline determine what a tropical forest looks like today? National Science Foundation (NSF)-supported researchers are working to answer that question.

There geoscientist Jane Willenbring of the Scripps Institution of Oceanography at the University of California, San Diego, and ecologist Maria Uriarte of Columbia University in New York have joined forces to determine how the formation of the Luquillo Mountains and their subsequent weathering resulted in today's Luquillo rainforest ecosystem. 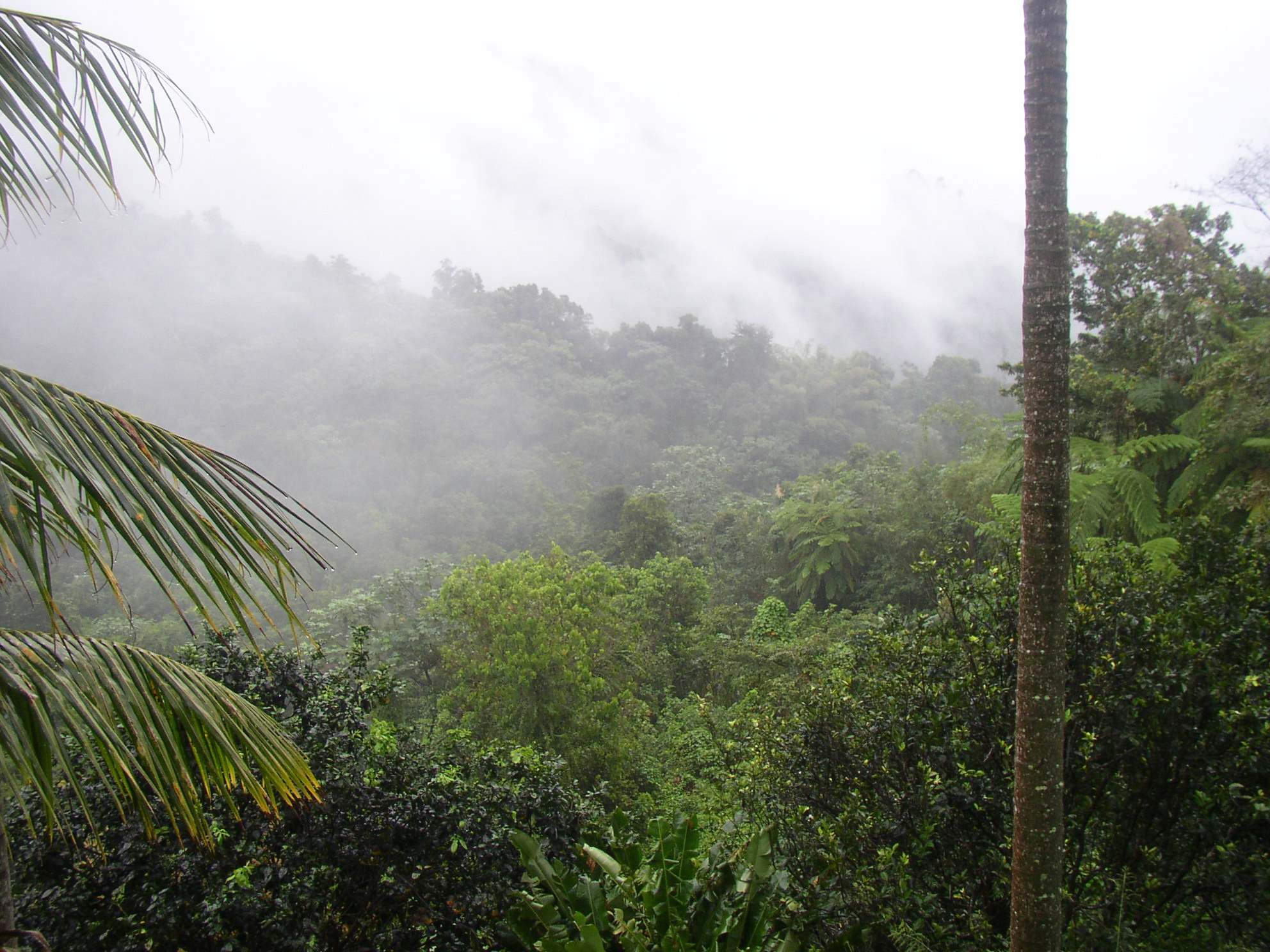 
Where geology and ecology meet

More than 4 million years ago, plate tectonics and the movement of Earth's crust in the Caribbean transformed low-elevation islands into the high Luquillo Mountains.

As the islands rose from the sea, bedrock in these newly-formed mountains was deeply eroded by rivers, especially at lower elevations.

"As a result, the uplands have different soils than those on the slopes lower down," says Uriarte. "There are pronounced changes in erosion rates, soil mineralogy and soil fertility between the upper and lower regions."


Water flows along what scientists call a knickpoint: a change in the slope of a river. 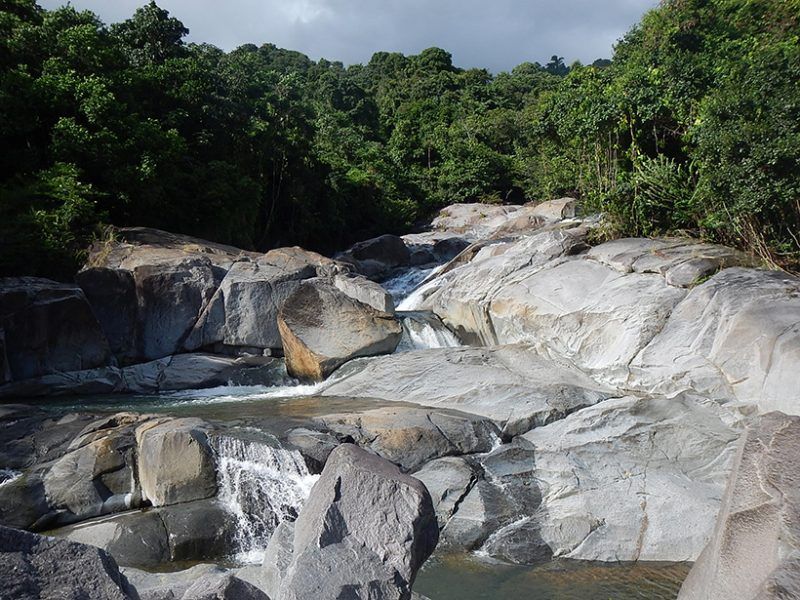 The underlying geology determines how fast the soils erode, according to Willenbring. "And erosion sets the tempo for how quickly minerals and nutrients are ferried to the surface," she says. "These minerals and nutrients, in turn, feed the forest above. It's surprising how connected the landscape is. It seems as though the trees understand geomorphology."

Life in the critical zone

"What lies beneath Earth's surface has a visible influence on ecosystems above," says Richard Yuretich, NSF CZO program director. "For example, geologists often use trees to map underlying bedrock. New relationships between the subsurface and what's above it are emerging from research on what's called the critical zone."

The critical zone is, in essence, where rock meets life. It extends from the top of the tree canopy to the base of weathered bedrock.

The minerals in the soil, the soil's ability to hold and circulate water, and the types of microbes living there all contribute to the viability of a forest's plant and animal communities, Yuretich says. These, in turn, determine how fast the underlying bedrock breaks down and how nutrients are recycled in an ecosystem.

"Geology and biology are inseparable when it comes to regulating Earth's environment," says Yuretich. 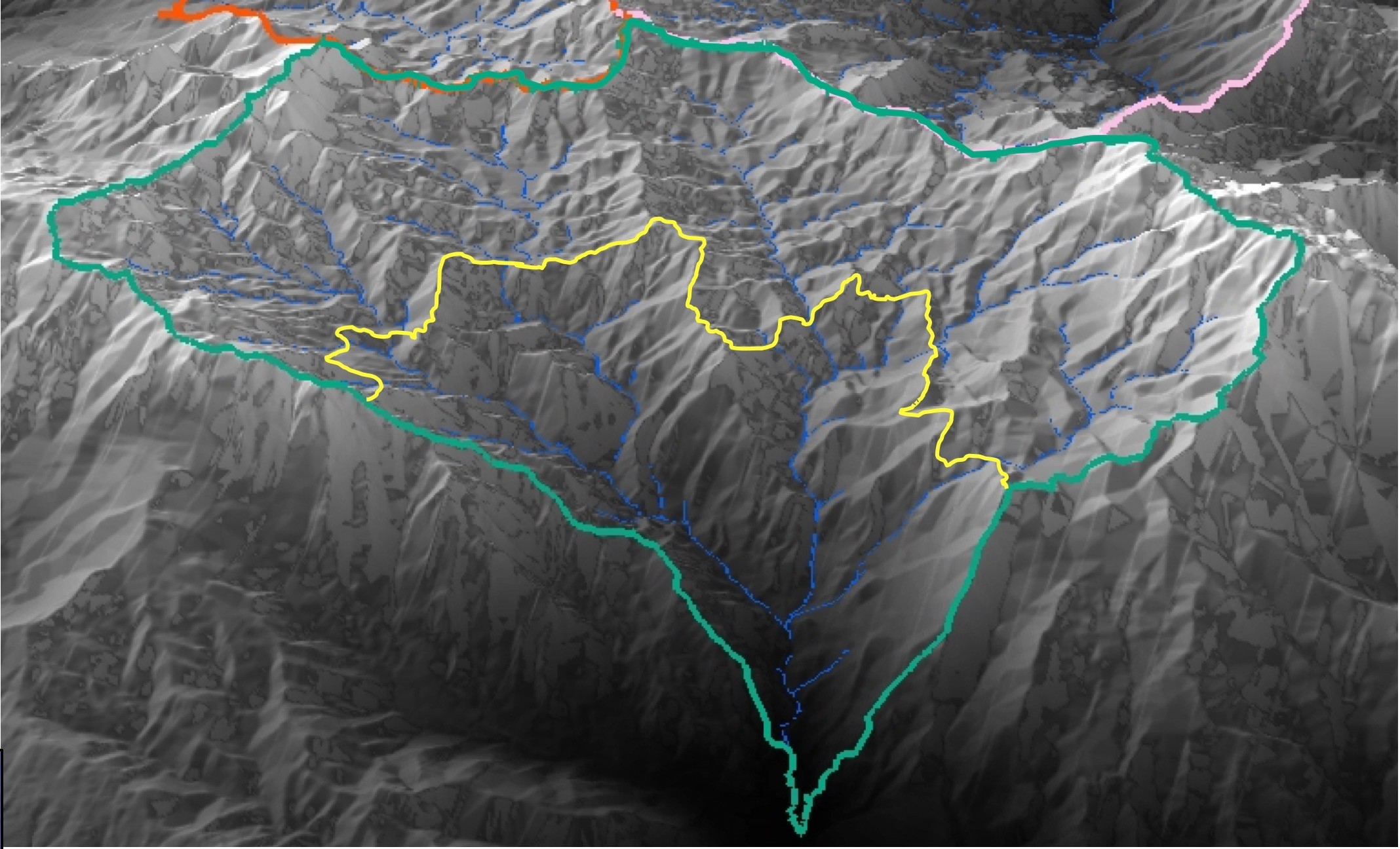 
Scientist Peter Groffman of the City University of New York agrees. "The idea that 'what goes on below' can influence surface ecosystems' structure, function and response to environmental change has far-reaching scientific implications," stated Groffman at the June 5-6, 2017, NSF CZO principal investigators meeting. Groffman, chair of the LTER Science Council, a group that coordinates research activities in the LTER Network, discussed connections between the LTER and CZO networks.

Above -- and below -- Luquillo

These links are motivating researchers to ask questions such as how a humid, tropical location like Luquillo could experience a drought; in 2015, Luquillo did just that.

"If I were to tell you that a forest received more than 6 feet of rain in one year, you might be surprised that it was also a time of severe drought," says Louis Kaplan, an NSF LTER program director who participated in a panel discussion at the CZO principal investigators meeting. "For the forests of the Luquillo Mountains, where 11 feet of rain each year is the norm, 2015 was indeed a historic drought."

Representation of the complex food web in the tropical forest of the Luquillo Mountains. 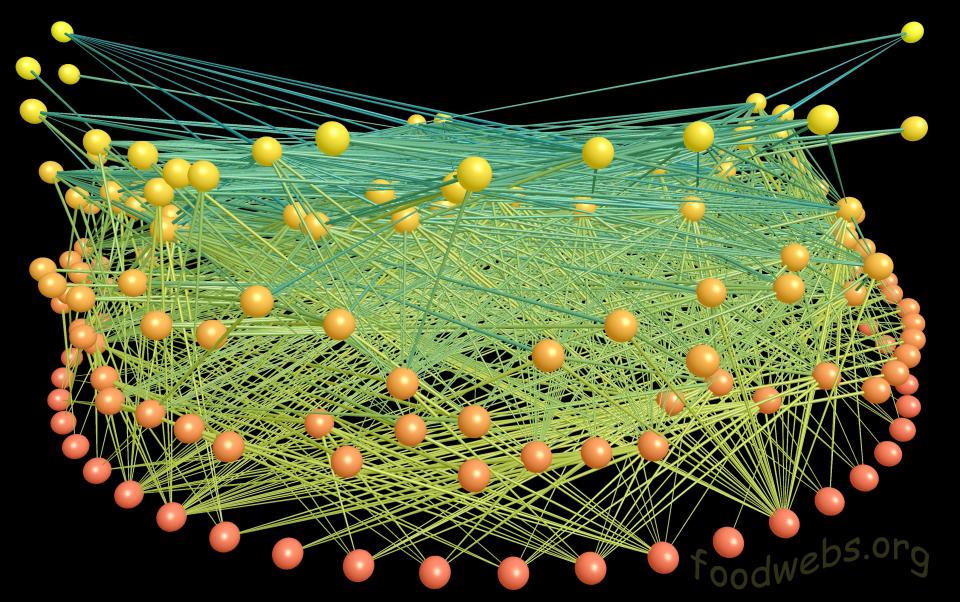 
Long-term research at Luquillo is enabling scientists to consider 2015 in the context of decades of tropical forest studies, Kaplan says, and to conclude that 2015's low rainfall was an outlier.

Along with scientists Jeffrey Wolf of Columbia University, Gilles Brocard of the University of Sydney in Australia, and Stephen Porder of Brown University, Willenbring and Uriarte published initial results of their underground-to-forest investigations in the journal Remote Sensing.

To unearth the connections between bedrock and trees, the researchers looked to the distant past.

Puerto Rico is an island located near the northern boundary of the Caribbean Plate. "Most of its landmass emerged from the ocean approximately 4.2 million years ago, converting an archipelago of low-elevation islands and surrounding marine platforms into high mountaintops," wrote the scientists in Remote Sensing.

The remains of one such marine platform surround the Luquillo Mountains. The platform encloses what's left of a paleoisland, "El Yunque Island," whose peak today reaches 1,100 meters (3,609 feet). El Yunque is a remnant of an ancient supervolcano named Hato Puerco. The volcano was one of the region's largest and most active volcanoes during the Cretaceous period 145 to 66 million years ago.

Fast-forward to the present

With LiDAR (Light Detection and Ranging, a method that uses light in the form of a pulsed laser to measure distances), the scientists discovered an abrupt 10-meter (33-foot) decline in forest height across Luquillo's long-ago shoreline, but only where there are rocks formed of hard quartz diorite. There the soils are shallow, and trees have difficulty gaining a foothold and finding nutrients -- so they don't grow as high.

The researchers also found that knickpoints, areas with sharp changes in a river's slope, are where changes in forest composition take place. Nutrients in soils above and below knickpoints, which are partially controlled by the type of bedrock beneath, may be the answer to the different forest heights the scientists observed.

"The finding has led to a new understanding of the role of geology in structuring the forest ecosystem of the Luquillo Mountains," says Uriarte.

Adds Kaplan, "This is the first example of bedrock being linked to tropical forest structure. These results are just the beginning of synergies emerging at the interface of CZO and LTER science."

The scientists have launched a field campaign to answer the next question: What factors are contributing to the abrupt changes in Luquillo's forest height? A shift in tree species composition may be one answer.

The researchers are determining whether tree communities living at higher and lower elevations than the ancient shoreline are different, and whether lower-elevation species can migrate upslope, given the low fertility of the higher-elevation soils that lie atop hard quartz diorite.

"That's important because rapid upslope migrations of plant species are happening in tropical mountain ranges as a result of climate change," says Uriarte. When it gets hot at lower elevations, plants and animals start moving to higher, cooler spots.

Adds Willenbring, "If the soils on which tropical mountain forests grow play a strong role in which trees make up those forests, geology adds a layer of complexity in projecting species or entire community migrations to higher elevations in response to warming."

The Luquillo field campaign is centered on remote sensing, and conducted with partners from the U.S. Department of Energy and NASA's Goddard Space Flight Center. The results will lead to the identification of tree species over an entire mountain.

The findings will be important in the management and conservation of forest ecosystems, say Kaplan, Yuretich and other scientists, and to predicting the future of tropical forests in a changing world.