During the 8-minute flight, 10 canisters about the size of a soft drink can were ejected in space, 6 to 12 miles away from the 670-pound main payload.

During an ionosphere or aurora science mission, these clouds, or vapor tracers, allow scientists on the ground to visually track particle motions in space.

The development of the multi-canister ampoule ejection system will allow scientists to gather information over a much larger area than previously possible when deploying the tracers just from the main payload. 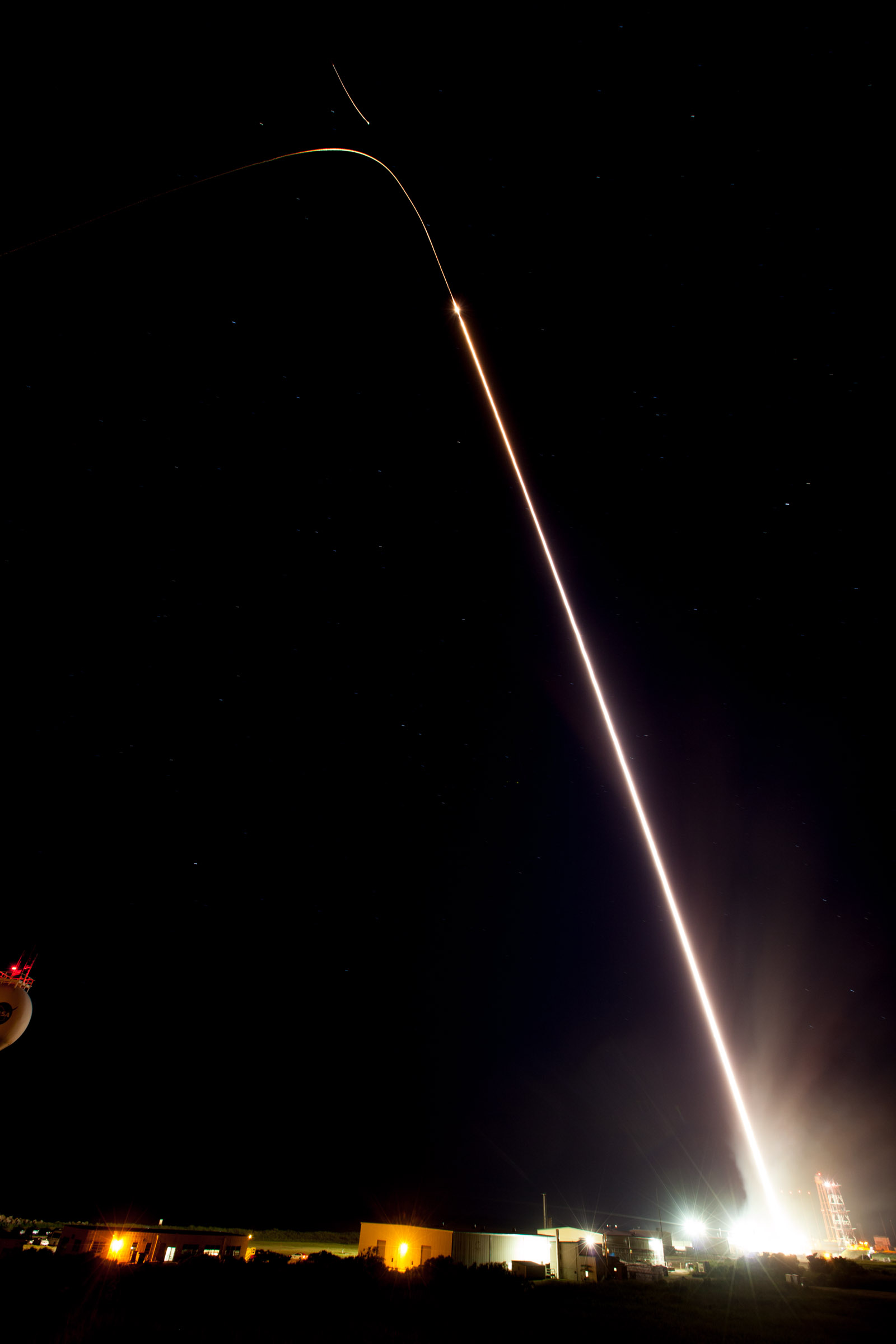 Credits: NASA/Terry Zaperach
The rocket, after being delayed multiple times over the last 30 days, flew to an altitude of about 118 miles.

Wallops received nearly 2,000 reports and photos of the cloud sightings from areas as far north as New York, south to North Carolina, and inland throughout Virginia, Maryland, Pennsylvania, and points in-between. Submitted photos can be viewed on the Wallops Facebook Page.