Gihon Spring, just downhill from the ancient city of Jerusalem, was crucial to the survival of its inhabitants, and archaeologists had uncovered the remains of a massive stone tower built to guard this vital water supply.

Based on pottery and other regional findings, the archaeologists had originally assigned it a date of 1,700 BCE. But new research conducted at the Weizmann Institute of Science provides conclusive evidence that the stones at the base of the tower were laid nearly 1,000 years later. Among other things, the new results highlight the contribution of advanced scientific dating methods to understanding the history of the region. 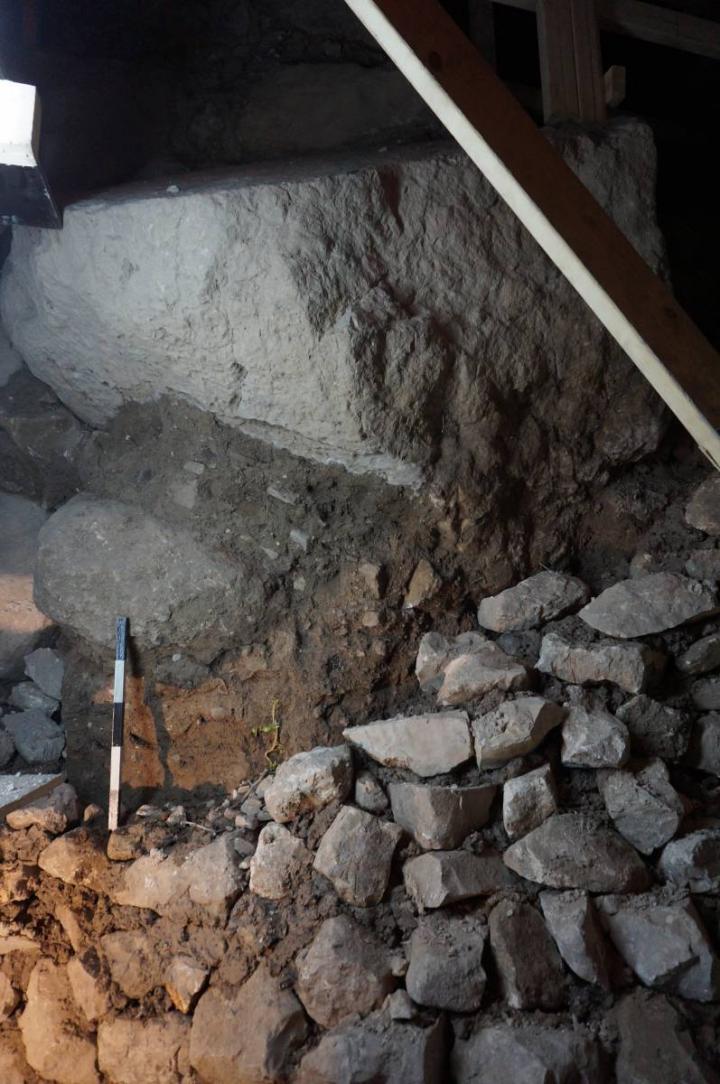 
Dr. Elisabetta Boaretto, Head of the Weizmann Institute of Science's D-REAMS Radiocarbon Dating Laboratory and track leader within the Max Planck-Weizmann Center for Integrative Archaeology and Anthropology, had the opportunity to date the tower as part of her ongoing cooperative research projects with the Israel Antiquity Authority (IAA).

Since 2012, Dr. Joe Uziel and Nahshon Szanton of the IAA, in continuing the excavations around the tower, have discovered that the base of the tower was not built on bedrock. "The boulders in the tower's base, in and of themselves," explains Boaretto, "do not yield any information other than the fact that whoever placed them there had the ability to maneuver such heavy stones. But underneath the boulders, the soil exhibits the layers typical of archaeological strata, and these can reveal the latest date that the site was occupied before the tower was built."

The unique and methodical approach of the D-REAMS lab team begins by planning and executing the field sampling and excavation from the beginning - together with the site archaeologists. "Getting one's hands dirty is all part of building a reliable chronology," says Boaretto. During field work conducted with the archaeologists and later in her laboratory with postdoctoral fellow Dr. Johanna Regev, Boaretto identified several clearly-delineated strata. From these, they carefully collected remains of charcoal, seeds and bones - organic matter that can be definitively dated through radiocarbon dating.

The first dating was conducted on mid-to-lower levels of sediment, and these dates indeed agreed with those originally proposed. "But there was another half-meter of sediment between the material we had dated and the large cornerstone," says Boaretto. "At a glance, we thought this might represent another few hundred years before the stone was placed." The presence of separate, sequential layers, which they identified using microarchaeological tools and radiocarbon dating, enabled the researchers to attach dates to the strata just below the tower.

The radiocarbon dating method is based on counting the radioactive 14C atoms in a sample. These carbon atoms are found in all living things in a small, but stable ratio to that of regular carbon, and they begin to decay at a known rate after death. At the Weizmann Institute of Science, the count of 14C atoms in a sample is performed with an accelerator, so it can return highly accurate results on something as small as a seed.

The date revealed by this radiocarbon dating was sometime around 800-900 BCE. That is nearly 1,000 years later than thought, and it moves the building of the tower to another historical period entirely, from the Middle Bronze Age to the Iron Age.

To complete the study, Boaretto and her team asked whether any explanation could allow the tower to have been built earlier - repairs, for example - but the presence of the large boulders sitting above layers of earth containing the remains of everyday activities would appear to be fairly conclusive evidence that the later date is the correct one. Boaretto: "The conclusive, scientific dating of this massive tower, placing it in a later era than was presumed, will have repercussions for other attempts to date construction and occupation in ancient Jerusalem."