In Turkey, Carved Skulls Provide the First Evidence of a Neolithic "Skull Cult": Three carved skull fragments uncovered at a Neolithic dig site in Turkey feature modifications not seen before among human remains of the time, researchers say.

Thus, these modified skull fragments could point to a new "skull cult" -- or ritual group -- from the Neolithic period. Throughout history, people have valued skulls for different reasons, from ancestor worship to the belief that human skulls transmit protective properties. This focus on the skull has led to the establishment of the term skull cult in anthropology, and various such cults -- each with characteristic modifications to skull bones -- have been catalogued.

This is a pillar from Building D at Göbekli Tepe seen from the southeast. 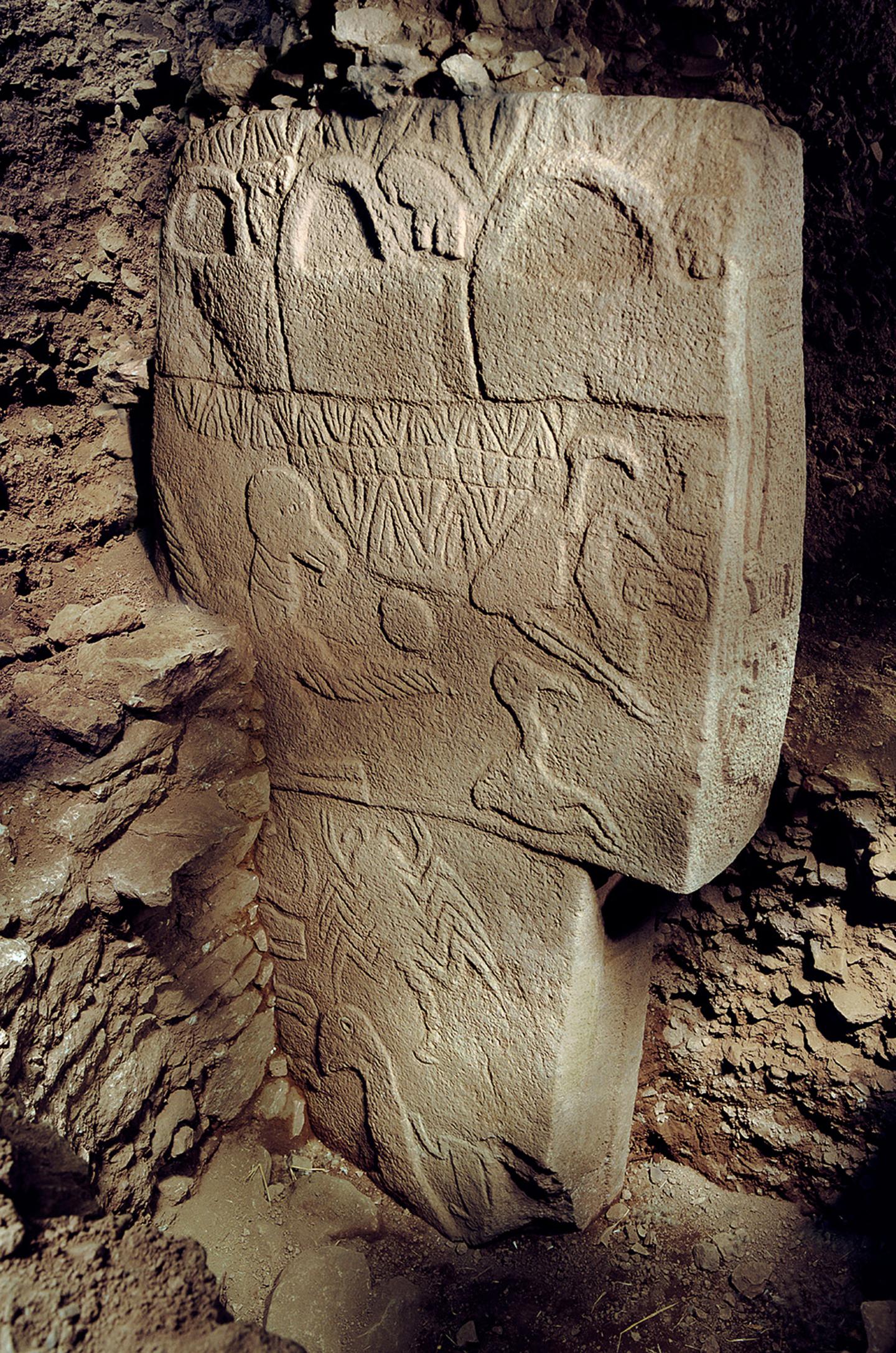 Recently, Julia Gresky and colleagues observed a previously unknown type of modification in three partial skulls uncovered at Göbekli Tepe. Each skull had intentional deep incisions along its sagittal axes and one of those skulls also displayed a drilled hole in the left parietal bone, as well as red ochre remnants, the authors say.

By using different microscopic techniques to analyze the fragments, Gresky et al. verified that the carvings were executed using lithic tools, thus ruling out natural causes, like animal gnawing. In addition, they were able to discount scalping as a source of the marks, due to the depth of the carvings; however, other minor cut-marks on the skulls show signs of possible defleshing, they say.

More likely, the skulls were carved to venerate ancestors not long after their death, say the authors, or, to put recently "dispatched" enemies on display. These findings present the very first evidence for treatment of the dead at Göbekli Tepe.

Contacts and sources:
American Association For The Advancement Of Science
on June 29, 2017