Using five different scientific approaches, a team including University of Wyoming researchers has given considerable support to the idea that humans lived year-round in the Andean highlands of South America over 7,000 years ago.

Examining human remains and other archaeological evidence from a site at nearly 12,500 feet above sea level in Peru, the scientists show that intrepid hunter-gatherers -- men, women and children -- managed to survive at high elevation before the advent of agriculture, in spite of lack of oxygen, frigid temperatures and exposure to elements.

Intrepid hunter-gatherer families permanently occupied high-elevation environments of the Andes Mountains at least 7,000 years ago, according to new research led by University of Wyoming scientists. 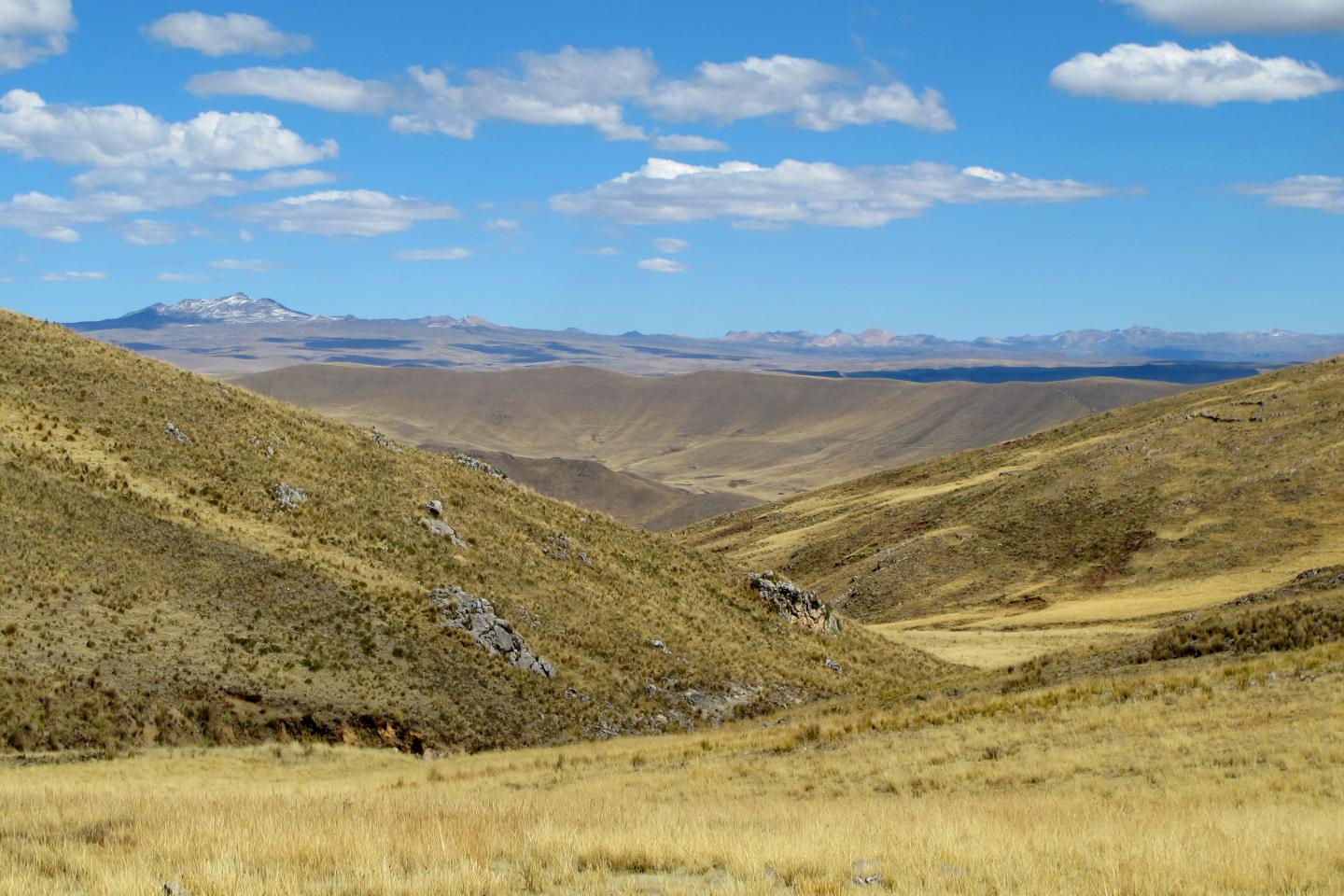 "This gives us a very strong baseline to help understand the rates of cultural and genetic change in the Andean highlands, a region known for the domestication of alpaca, potatoes and other plants; emergence of state-level political and economic complexity; and rapid human adaptation to high-elevation life," says Randy Haas, a postdoctoral research associate in the University of Wyoming's Department of Anthropology and the team's leader.

Excavations led by Haas at the site in southern Peru produced the remains of 16 people, along with more than 80,000 artifacts, dating to as early as 8,000 years ago. Evidence from that site, as well as others, has led some researchers to estimate that hunter-gatherers began living in the Andes around 9,000 years ago, but debate has continued over whether that human presence was permanent or seasonal.

The research team led by Haas took five different approaches to test whether there was early permanent use of the region: studying the human bones for oxygen and carbon isotopes; the travel distances from the site to low-elevation zones; the demographic mixture of the human remains; and the types of tools and other materials found with them.

The scientists found low oxygen and high carbon isotope values in the bones, revealing the distinct signature of permanent high-elevation occupation; that travel distances to low-elevation zones were too long for seasonal human migration; that the presence of women and small children meant such migration was highly unlikely; and that almost all of the tools used by the hunter-gatherers were made with high-elevation stone material, not brought from elsewhere.

"These results constitute the strongest evidence to date that people were living year-round in the Andean highlands at least 7,000 years ago," Haas says. "Such high-elevation environments were among the last frontiers of human colonization, and this knowledge holds implications for understanding rates of genetic, physiological and cultural adaption in the human species.