University of Oklahoma post-doctoral astrophysics researcher, Billy Quarles, has identified the possible compositions of the seven planets in the TRAPPIST-1 system. Using thousands of numerical simulations to identify the planets stable for millions of years, Quarles concluded that six of the seven planets are consistent with an Earth-like composition. The exception is TRAPPIST-1f, which has a mass of 25 percent water, suggesting that TRAPPIST-1e may be the best candidate for future habitability studies.

"The goal of exoplanetary astronomy is to find planets that are similar to Earth in composition and potentially habitable," said Quarles. "For thousands of years, astronomers have sought other worlds capable of sustaining life."

Simulated orbits of the TRAPPIST-1 planets, where the lighter green indicates optimistic regions of the habitable zone and the darker green denotes more conservative limits. 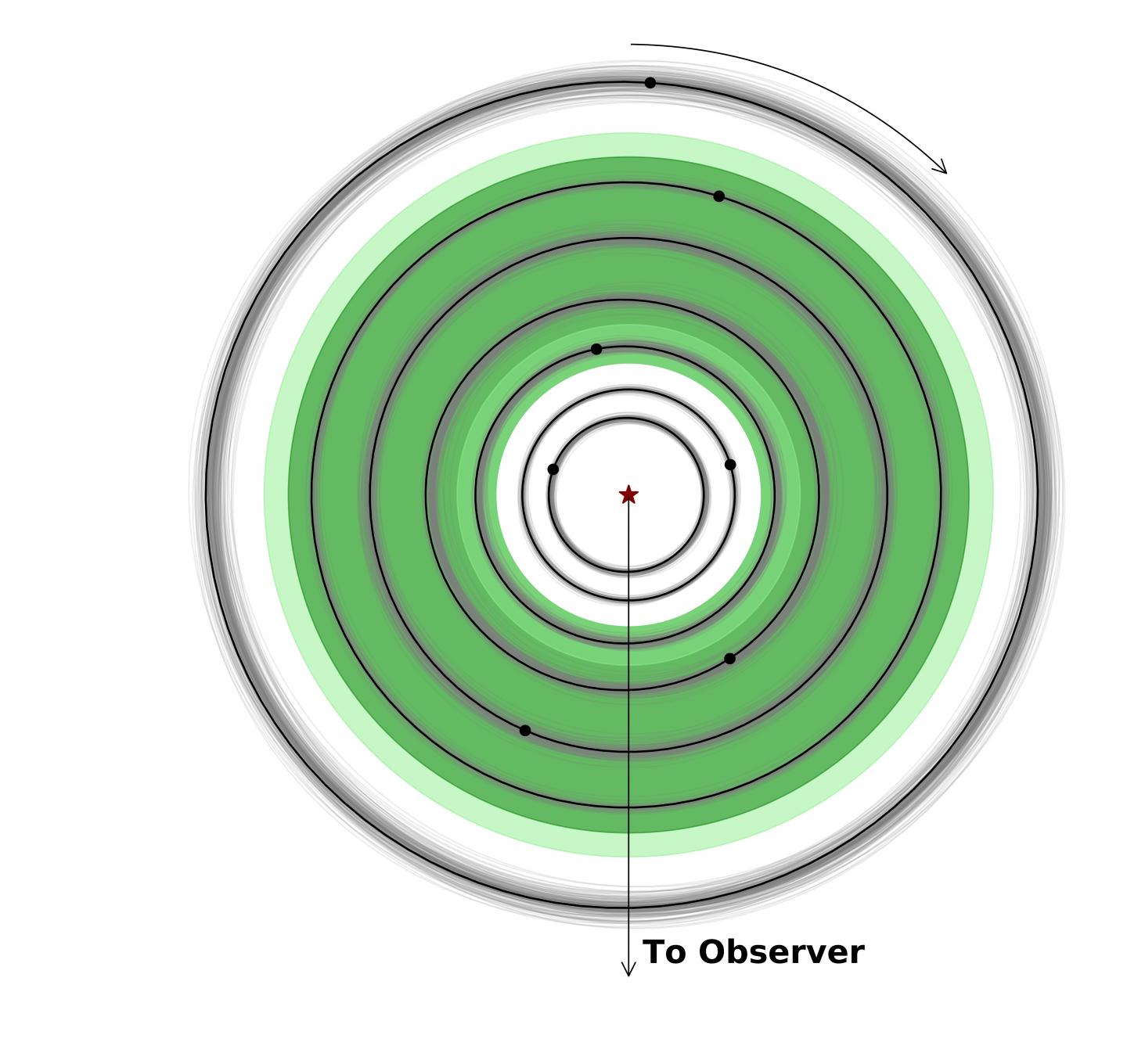 TRAPPIST-1 is a nearby ultra-cool dwarf about 40 light-years away from Earth and host to a remarkable planetary system consisting of seven transiting planets. The seven planets are known as TRAPPIST 1b, c, d, e, f, g and h.

Quarles, a researcher in the Homer L. Dodge Department of Physics and Astronomy, OU College of Arts and Sciences, collaborated with scientists, E.V. Quintana, E. Lopez, J.E. Schlieder and T. Barclay at NASA Goddard Space Flight Center on the project. Numerical simulations for this project were performed using the Pleiades Supercomputer provided by the NASA High-End Computing Program through the Ames Research Center and at the OU Supercomputing Center for Education and Research.

TRAPPIST-1 planets are more tightly spaced than in Kepler systems, which allow for transit timing variations with the photometric observations. These variations tell the researchers about the mass of the planets and the radii are measured through the eclipses. Mass and radius measurements can then infer the density. By comparing the Earth's density (mostly rock) to the TRAPPIST-1 planets, Quarles can determine what the planets are likely composed of and provide insight into whether they are potentially habitable.

TRAPPIST-1f has the tightest constraints with 25 percent of its mass in water, which is rare given its radius. The concern of this planet is that the mass is 70 percent the mass of the Earth, but it is the same size as the Earth. Because the radius is so large, the pressure turns the water to steam, and it is likely too hot for life as we know it. The search for planets with a composition as close to Earth's as possible is key for finding places that we could identify as being habitable. Quarles said he is continually learning about the planets and will investigate them further in his studies.