Ancient Skulls Shed Light on Migration into The Roman Empire

Skeletal evidence shows that, hundreds of years after the Roman Republic conquered most of the Mediterranean world, coastal communities in what is now south and central Italy still bore distinct physical differences to one another - though the same could not be said of the area around Rome itself.

Using state-of-the-art forensic techniques, anthropologists from North Carolina State University and California State University, Sacramento examined skulls from three imperial Roman cemeteries: 27 skulls from Isola Sacra, on the coast of central Italy; 26 from Velia, on the coast of southern Italy; and 20 from Castel Malnome, on the outskirts of the city of Rome. The remains at the cemeteries in both Isola Sacra and Velia belonged to middle-class merchants and tradesmen, while those from Castel Malnome belonged to manual laborers. All of the remains date from between the first and third centuries A.D.''


This is a map showing the locations of the three imperial Roman cemeteries in relation to modern day Rome and Naples. 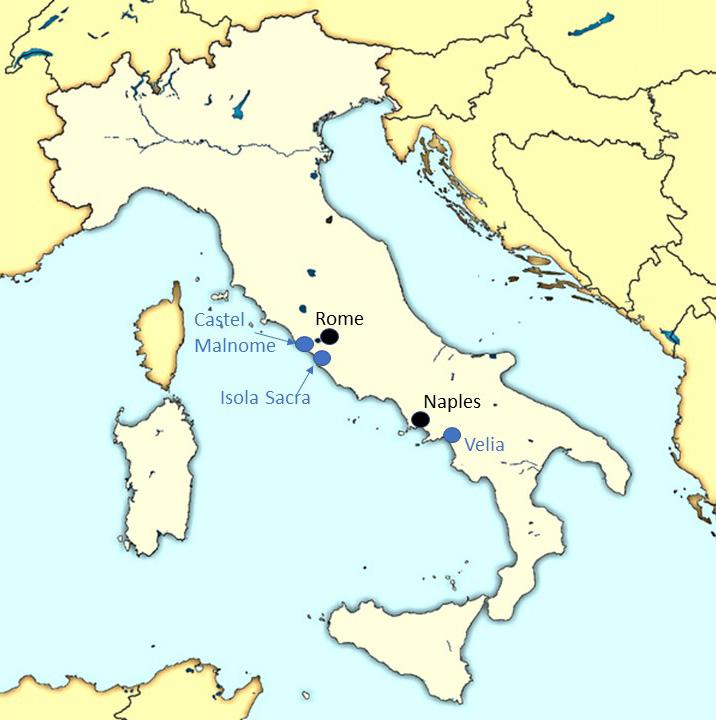 
The researchers took measurements of 25 specific points on each skull using a "digitizer," which is basically an electronic stylus that records the coordinates of each point. This data allowed them to perform shape analysis on the skulls, relying on "geometric morphometrics" -- a field of study that characterizes and assesses biological forms.

"We found that there were significant cranial differences between the coastal communities, even though they had comparable populations in terms of class and employment," says Ann Ross, a professor of anthropology at NC State and co-author of a paper on the work.

"We think this is likely due to the fact that the area around Velia had a large Greek population, rather than an indigenous one," says Samantha Hens, a professor of biological anthropology at Sacramento State and lead author of the paper.

A student uses a digitizer to record geometric morphometric sites on a skull. 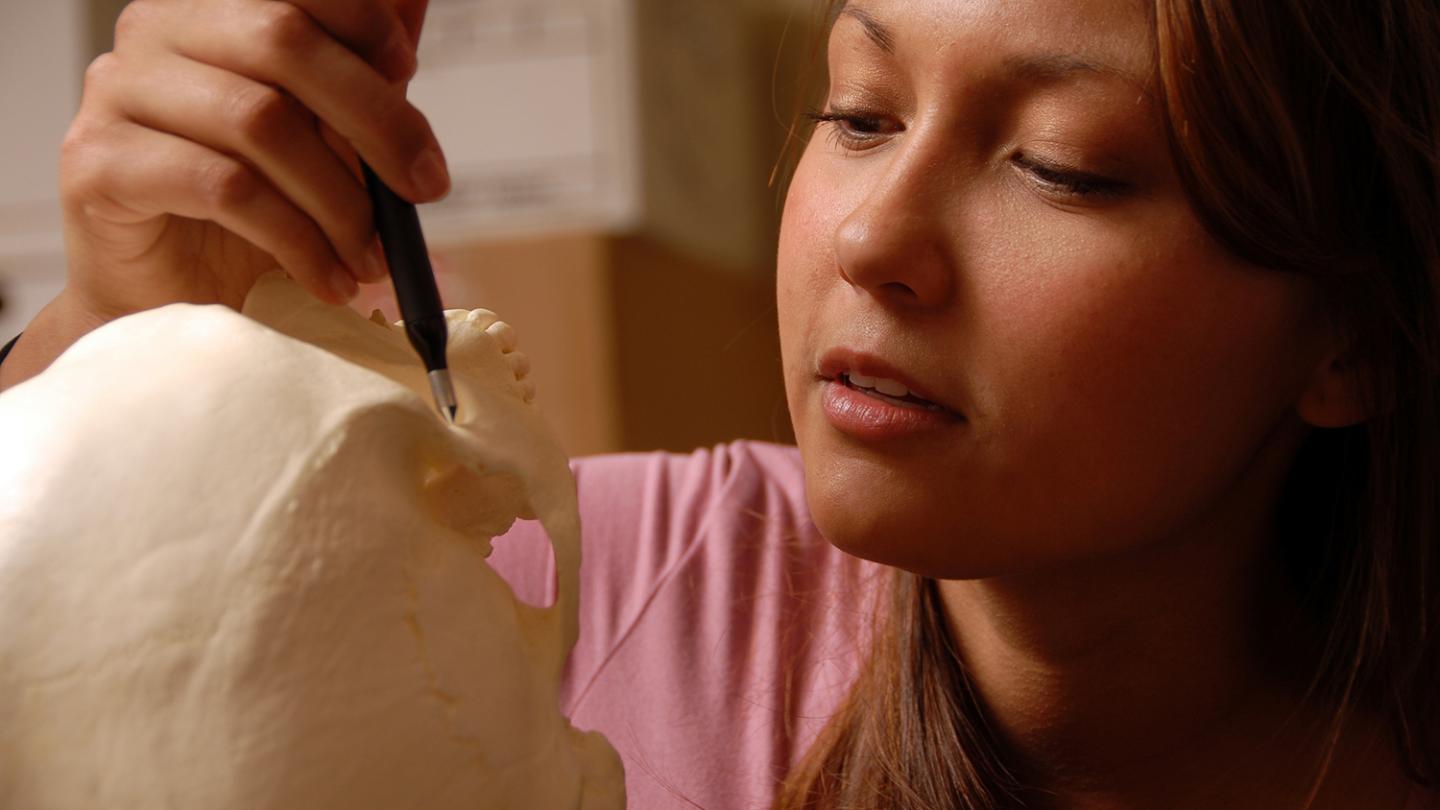 In addition, the skulls from Castel Malnome had more in common with both coastal sites than the coastal sites had with each other.

"This likely highlights the heterogeneity of the population near Rome, and the influx of freed slaves and low-paid workers needed for manual labor in that area," Hens says.

"Researchers have used many techniques -- from linguistics to dental remains - to shed light on how various peoples moved through the Roman Republic and the Roman Empire," Ross says. "But this is the first study we know of in which anyone has used geometric morphometrics to evaluate imperial Roman remains.

"That's important because geometric morphometrics offers several advantages," Ross says. "It includes all geometric information in three-dimensional space rather than statistical space, it provides more biological information, and it allows for pictorial visualization rather than just lists of measurements."

"The patterns of similarities and differences that we see help us to reconstruct past population relationships," Hens says. "Additionally, these methods allow us to identify where the shape change is occurring on the skull, for example, in the face, or braincase, which gives us a view into what these people actually looked like."

The paper, "Cranial Variation and Biodistance in Three Imperial Roman Cemeteries," is published in the International Journal of Osteoarchaeology.