Ancient Sea Monster Named for Luus-khan, a Mongolian Spirit and Master of Water

Being a member of the international scientific team, a student from the Faculty of Geology of the Lomonosov Moscow State University has taken part in study and description of a new genus and species of the ancient marine reptile, called pliosaur. The results of a study have been published in the Current Biology.

Nikolay Zverkov, a student from the Department of Paleontology at the Faculty of Geology of the Lomonosov Moscow State University and one of the article authors says: "The new pliosaur - Luskhan itilensis - has got its name from the Mongolian mythology, where Luus-khan stands for a spirit and master of water, and Itil is the ancient Turkic and Mongolian name for the Volga. A pliosaur skeleton was found in 2002 in the Cretaceous deposits (the Hauterivian age of the early Cretaceous Period, about 130 million years ago) on the bank of the Volga River, within 20 kilometers to the north of Ulyanovsk."

The life reconstruction of Luskhan itilensis is pictured. Both reconstructions are represented with a shadow figure of a diver for scale. 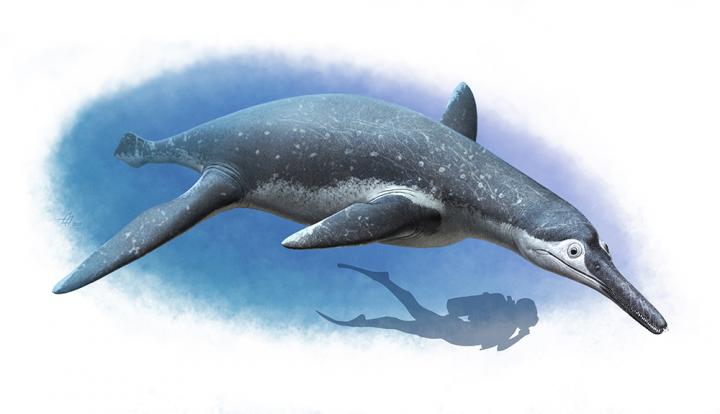 Luskhan itilensis has been included into phylogenic analysis (a taxon-character matrix has been analyzed in the TNT). As the result of this analysis the scientists have recovered a new evolutionary tree for this reptile group. In the pliosaur family tree Luskhan is located in-between the Jurassic and Late Cretaceous pliosaurs since it combines a number of primitive and advanced characters.

Presence of several unique features puzzled the researchers so they had to gather additional data, related to pliosaur morphology, and conduct several additional morphospace analyses. Contrary to all other advanced pliosaurs, traditionally considered to be unexceptionally macropredators, Luskhan had an elongate skull with slender snout and relatively small teeth. The latter denotes adjustment to a diet of medium-sized prey: fish and squid. At the same time, Luskhan shows remarkable resemblance in the form of a skull and snout with representatives of a group of the Cretaceous plesiosaurs (the Polycotylidae family).

Nikolay Zverkov concludes: "So, the new discovery has shown that ecomorphological diversity of pliosaurs was wider and their evolutionary history is more complicated than previously thought. For a long period of time there has been almost no information, concerning the Early Cretaceous pliosaurs. And this period in the pliosaur history is called the "Neocomian gap". However, the discoveries of the last years allow to close this gap."

Nikolay Zverkov is with a skeleton of Luskhan itilensis in the process of the exposition preparation. 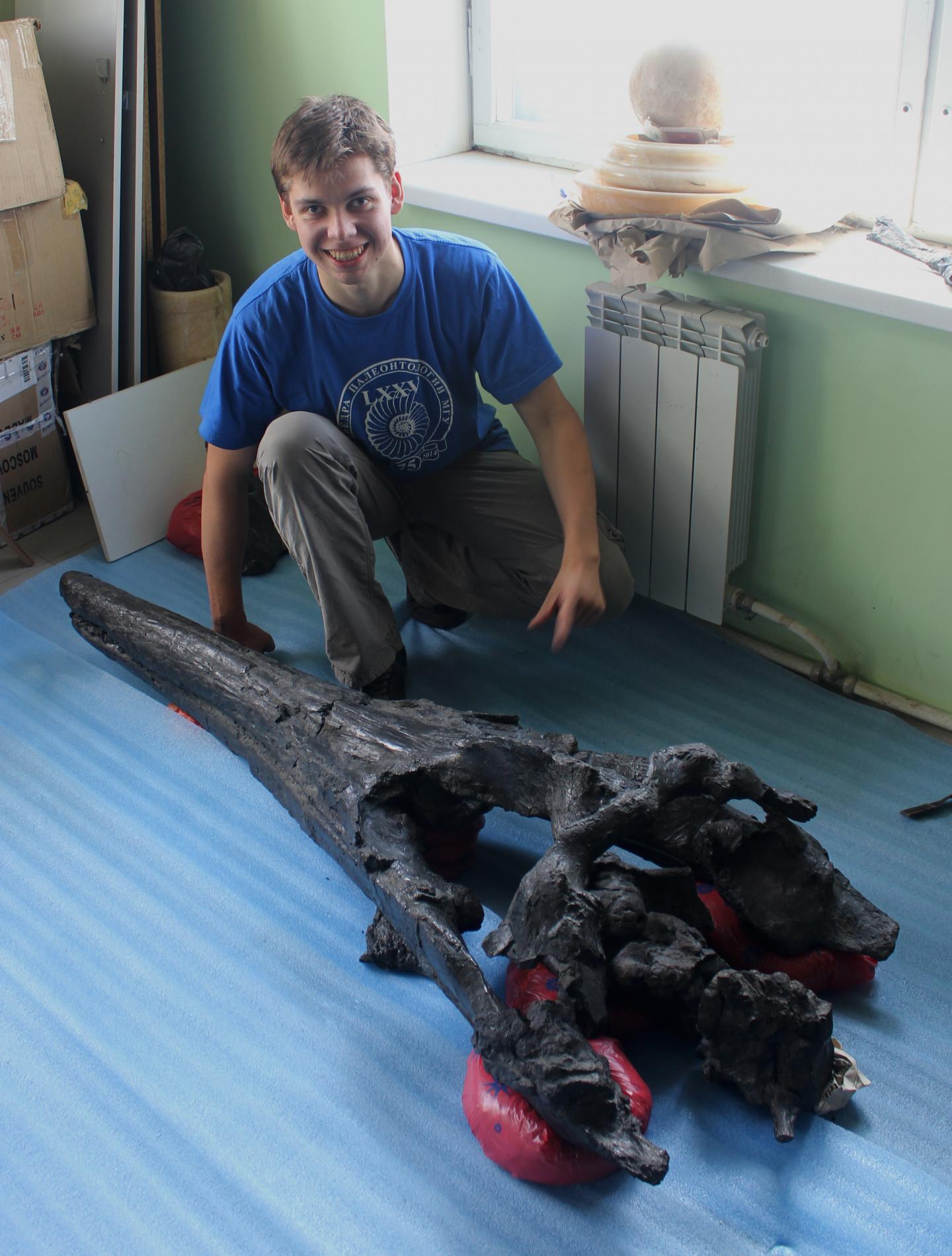