2 Billion Refugees By 2100 Due to Rising Seas Possible

Global sea levels have risen by 8 inches in the last 130 years.
In the year 2100, 2 billion people - about one-fifth of the world's population - could become climate change refugees due to rising ocean levels. Those who once lived on coastlines will face displacement and resettlement bottlenecks as they seek habitable places inland, according to Cornell University research.

"We're going to have more people on less land and sooner that we think," said lead author Charles Geisler, professor emeritus of development sociology at Cornell. "The future rise in global mean sea level probably won't be gradual. Yet few policy makers are taking stock of the significant barriers to entry that coastal climate refugees, like other refugees, will encounter when they migrate to higher ground."

The graph tracks the change in sea level since 1993 as observed by satellites. 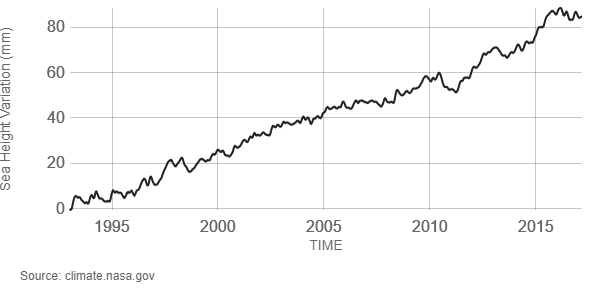 Earth's escalating population is expected to top 9 billion people by 2050 and climb to 11 billion people by 2100, according to a United Nations report. Feeding that population will require more arable land even as swelling oceans consume fertile coastal zones and river deltas, driving people to seek new places to dwell.

By 2060, about 1.4 billion people could be climate change refugees, according to the paper. Geisler extrapolated that number to 2 billion by 2100.

The paper describes tangible solutions and proactive adaptations in places like Florida and China, which coordinate coastal and interior land-use policies in anticipation of weather-induced population shifts.

Florida has the second-longest coastline in the United States, and its state and local officials have planned for a coastal exodus, Geisler said, in the state's Comprehensive Planning Act. 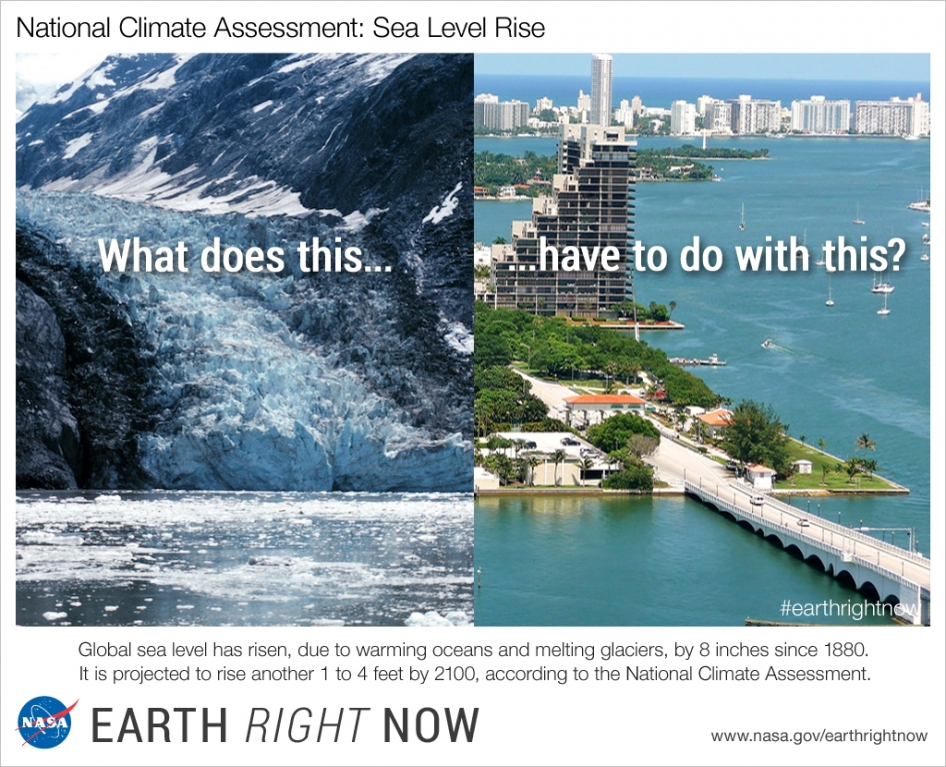 Beyond sea level rise, low-elevation coastal zones in many countries face intensifying storm surges that will push sea water further inland. Historically, humans have spent considerable effort reclaiming land from oceans, but now live with the opposite - the oceans reclaiming terrestrial spaces on the planet," said Geisler. In their research, Geisler and Currens explore a worst-case scenario for the present century.

The authors note that the competition of reduced space that they foresee will induce land-use trade-offs and conflicts. In the United States and elsewhere, this could mean selling off public lands for human settlement.

"The pressure is on us to contain greenhouse gas emissions at present levels. It's the best 'future proofing' against climate change, sea level rise and the catastrophic consequences likely to play out on coasts, as well as inland in the future," said Geisler.

Citation:  "Impediments to inland resettlement under conditions of accelerated sea level rise" will be published in the July issue of the journal Land Use Policy but is already available online here.
on June 29, 2017