With mosquito season looming in the Northern Hemisphere, doctors and researchers are poised to take on a new round of Zika virus infections.

Now a new study by a large group of international researchers led by scientists at The Scripps Research Institute (TSRI) explains how Zika virus entered the United States via Florida in 2016 -- and how it might re-enter the country this year.

By sequencing the virus's genome at different points in the outbreak, the researchers created a family tree showing where cases originated and how quickly they spread. They discovered that transmission of Zika virus began in Florida at least four -- and potentially up to forty -- times last year. The researchers also traced most of the Zika lineages back to strains of the virus in the Caribbean.

"Without these genomes, we wouldn't be able to reconstruct the history of how the virus moved around," said TSRI infectious disease researcher and senior author of the study, Kristian G. Andersen, who also serves as director of infectious disease genomics at the Scripps Translational Science Institute (STSI). "Rapid viral genome sequencing during ongoing outbreaks is a new development that has only been made possible over the last couple of years."

The research was published May 24, 2017, in the journal Nature. This was one of three related studies, published simultaneously in Nature journals, exploring the transmission and evolution of Zika virus. A fourth study was also published in Nature Protocols providing details of the technologies used by the researchers.

By sequencing Zika virus genomes from humans and mosquitoes -- and analyzing travel and mosquito abundance data -- the researchers found that several factors created what TSRI Research Associate Nathan D. Grubaugh called a "perfect storm" for the spread of Zika virus in Miami.

"This study shows why Miami is special," said Grubaugh, the lead author of the study.

First, Grubaugh explained, Miami is home to year-round populations of Aedes aegyptimosquitoes, the main species that transmits Zika virus. The area is also a significant travel hub, bringing in more international air and sea traffic than any other city in the continental United States in 2016. Finally, Miami is an especially popular destination for travelers who have visited Zika-afflicted areas.

The researchers found that travel from the Caribbean Islands may have significantly contributed to cases of Zika reaching the city. Of the 5.7 million international travelers entering Miami by flights and cruise ships between January and June of 2016, more than half arrived from the Caribbean.

The researchers believe Zika virus may have started transmission in Miami up to 40 times, but most travel-related cases did not lead to any secondary infections locally. The virus was more likely to reach a dead end than keep spreading.

The researchers found that one reason for the dead-ends was a direct connection between mosquito control efforts and disease prevention. "We show that if you decrease the mosquito population in an area, the number of Zika infections goes down proportionally," said Andersen. "This means we can significantly limit the risk of Zika virus by focusing on mosquito control. This is not too surprising, but it's important to show that there is an almost perfect correlation between the number of mosquitos and the number of human infections." 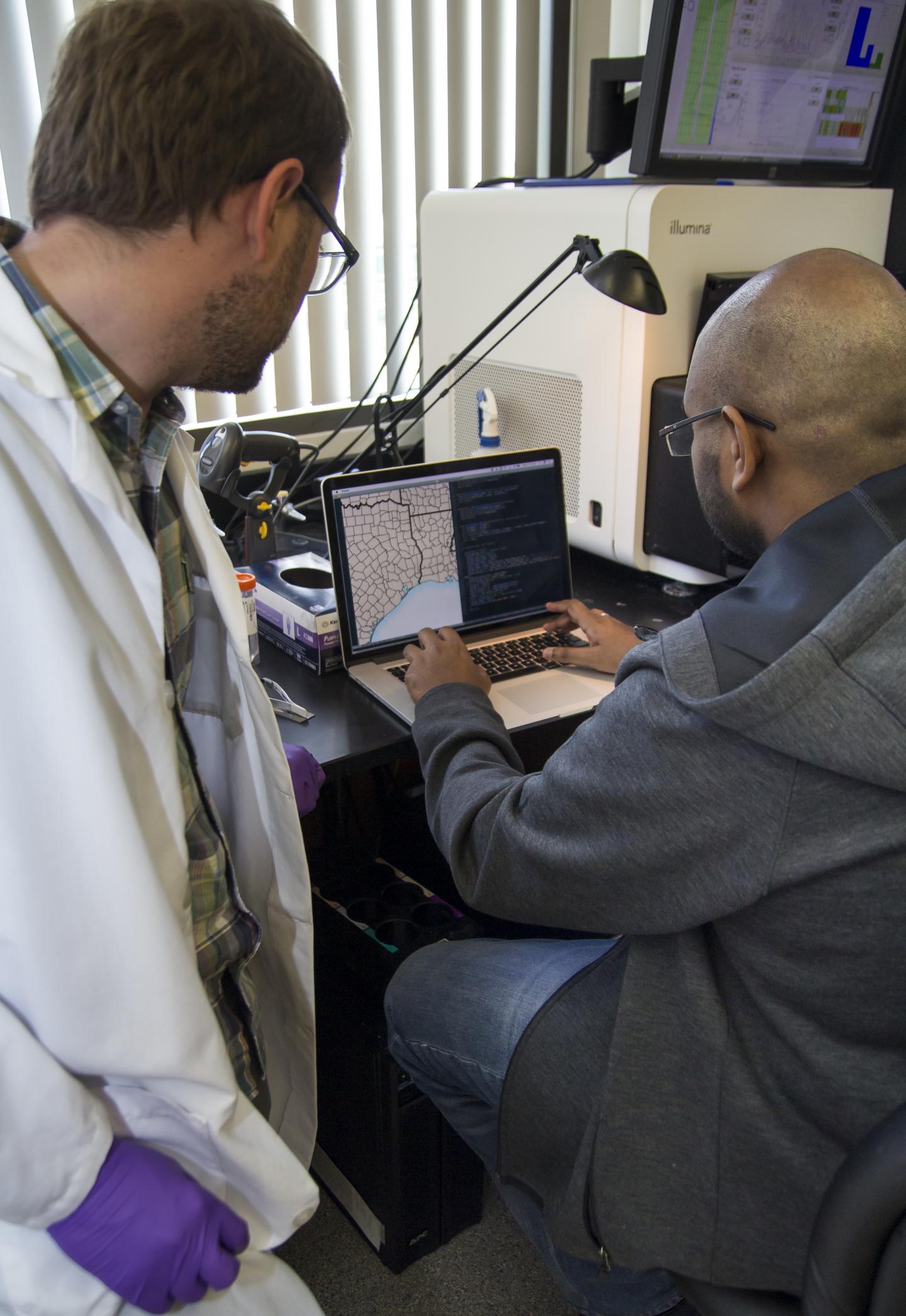 
Based on data from the outbreak, Andersen sees potential in stopping the virus through mosquito control efforts in both Florida and other infected countries, instead of, for example, through travel restrictions. "Given how many times the introductions happened, trying to restrict traffic or movement of people obviously isn't a solution. Focusing on disease prevention and mosquito control in endemic areas is likely to be a much more successful strategy," he said.


When the virus did spread, the researchers found that splitting Miami into designated Zika zones -- often done by neighborhood or city block -- didn't accurately represent how the virus was moving. Within each Zika zone, the researchers discovered a mixing of multiple Zika lineages, suggesting the virus wasn't well-confined, likely moving around with infected people.

Andersen and Grubaugh hope these lessons from the 2016 epidemic will help scientists and health officials respond even faster to prevent Zika's spread in 2017.

Understanding Zika's timeline required a large international team of scientists and partnerships with several health agencies. In fact, the study was a collaboration of more than 60 researchers from nearly 20 institutions, including study co-leaders at the U.S. Army Medical Research Institute of Infectious Diseases, Florida Gulf Coast University, the University of Oxford, the Fred Hutchinson Cancer Research Center, the Florida Department of Health and the Broad Institute of MIT and Harvard.

The scientists also designed a new method of genomic sequencing just to study the virus. Because Zika virus is hard to collect in the blood of those infected, it was a challenge for the researchers to isolate enough of its genetic material for sequencing. To solve this problem, the team, together with Joshua Quick and Nick Loman at the University of Birmingham in the UK, developed two different protocols to break apart the genetic material they could find and reassemble it in a useful way for analysis.

With these new protocols, the researchers sequenced the virus from 28 of the reported 256 Zika cases in Florida, as well as seven mosquito pools, to model what happened in the larger patient group. As they worked, the scientists released their data immediately publicly to help other scientists. They hope to release more data -- and analysis -- in real time as cases mount in 2017.

The new study was published with three companion papers, also in Nature journals, that explore Zika's spread in other parts of the Americas (see sidebar).