The blue whale, which uses baleen to filter its prey from ocean water and can reach lengths of over 100 feet, is the largest vertebrate animal that has ever lived.

On the list of the planet's most massive living creatures, the blue whale shares the top ranks with most other species of baleen whales alive today. According to new research from scientists at the Smithsonian's National Museum of Natural History, however, it was only recently in whale's evolutionary past that they became so enormous. 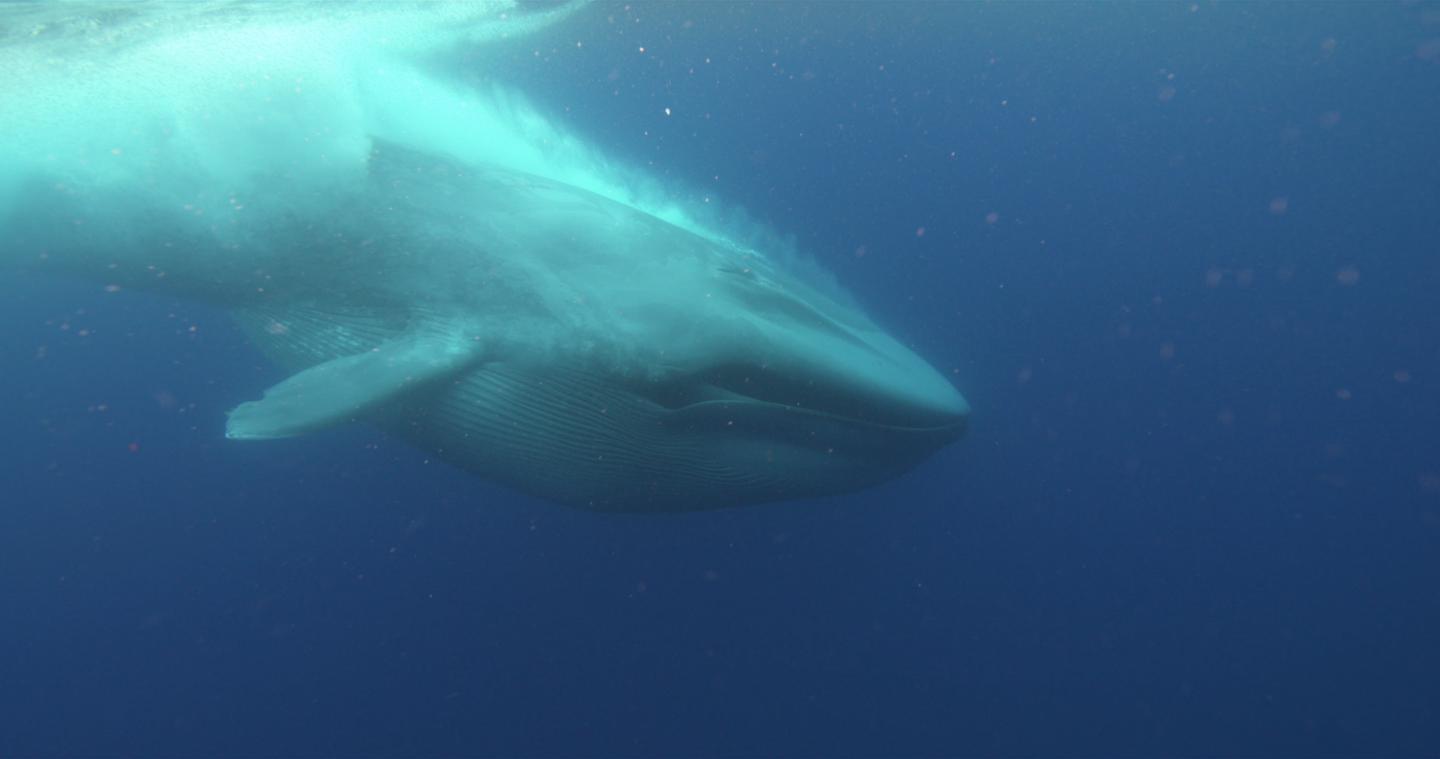 
In a study reported May 24 in Proceedings of the Royal Society B, Nicholas Pyenson, the museum's curator of fossil marine mammals, and collaborators Graham Slater at the University of Chicago and Jeremy Goldbogen at Stanford University, traced the evolution of whale size through more than 30 million years of history and found that very large whales appeared along several branches of the family tree about 2 to 3 million years ago. Increasing ice sheets in the Northern Hemisphere during this period likely altered the way whales' food was distributed in the oceans and enhanced the benefits of a large body size, the scientists say.

How and why whales got so big has remained a mystery until now, in part because of the challenges of interpreting an incomplete fossil record. "We haven't had the right data," Pyenson said. "How do you measure the total length of a whale that's represented by a chunk of fossil?" Recently, however, Pyenson established that the width of a whale's skull is a good indicator of its overall body size. With that advance, the time was right to address the long-standing question.

The Smithsonian holds the largest and richest skull collections for both living and extinct baleen whales, and the museum was one of the few places that housed a collection that could provide the raw data needed to examine the evolutionary relationships between whales of different sizes. Pyenson and his colleagues measured a wide range of fossil skulls from the National Museum of Natural History's collections and used those measurements, along with published data on additional specimens, to estimate the length of 63 extinct whale species.

The fossils included in the analysis represented species dating back to the earliest baleen whales, which lived more than 30 million years ago. The team used the fossil data, together with data on 13 species of modern whales, to examine the evolutionary relationships between whales of different sizes. Their data clearly showed that the large whales that exist today were not present for most of whales' history. "We live in a time of giants," Goldbogen said. "Baleen whales have never been this big, ever."

The research team traced the discrepancy back to a shift in the way body size evolved that occurred about 4.5 million years ago. Not only did whales with bodies longer than 10 meters (approximately 33 feet) begin to evolve around this time, but smaller species of whales also began to disappear. Pyenson notes that larger whales appeared in several different lineages around the same time, suggesting that massive size was somehow advantageous during that timeframe. 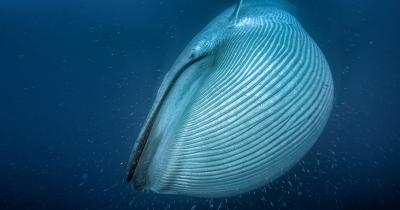 "We might imagine that whales just gradually got bigger over time, as if by chance, and perhaps that could explain how these whales became so massive," said Slater, a former Peter Buck postdoctoral fellow at the museum. "But our analyses show that this idea doesn't hold up -- the only way that you can explain baleen whales becoming the giants they are today is if something changed in the recent past that created an incentive to be a giant and made it disadvantageous to be small."

This evolutionary shift, which took place at the beginning of the Ice Ages, corresponds to climatic changes that would have reshaped whales' food supply in the world's oceans. Before ice sheets began to cover the Northern Hemisphere, food resources would have been fairly evenly distributed throughout the oceans, Pyenson said. But when glaciation began, run off from the new ice caps would have washed nutrients into coastal waters at certain times of the year, seasonally boosting food supplies.

At the time of this transition, baleen whales, which filter small prey, like krill, out of seawater, were well equipped to take advantage of these dense patches of food. Goldbogen, whose studies of modern whale foraging behavior have demonstrated that filter-feeding is particularly efficient when whales have access to very dense aggregations of prey, said the foraging strategy becomes even more efficient as body size increases. 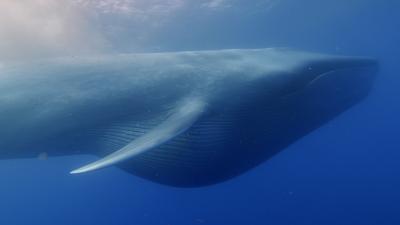 What's more, large whales can migrate thousands of miles to take advantage of seasonally abundant food supplies. So, the scientists said, baleen whales' filter-feeding systems, which evolved about 30 million years ago, appear to have set the stage for major size increases once rich sources of prey became concentrated in particular locations and times of year.

"An animal's size determines so much about its ecological role," Pyenson said. "Our research sheds light on why today's oceans and climate can support Earth's most massive vertebrates. But today's oceans and climate are changing at geological scales in the course of human lifetimes. With these rapid changes, does the ocean have the capacity to sustain several billion people and the world's largest whales? The clues to answer this question lie in our ability to learn from Earth's deep past -- the crucible of our present world -- embedded in the fossil record."

Funding for this study was provided by the Smithsonian's Remington Kellogg Fund and with support from the Basis Foundation.
on May 24, 2017