Warfare May Explain Differences in Social Structures in Chimpanzees and Bonobos

Researchers of the Max Planck Institute for Evolutionary Anthropology in Leipzig, Germany, compared data collected from several wild communities of our closest living relatives, chimpanzees and bonobos, which show that chimpanzees associate more with partners of the same sex while bonobos of either sex associate preferentially with females. This result can be explained by different needs for cooperation.

While male chimpanzees cooperate with each other during strong between-group competition, comparable to human warfare, which is absent in bonobos, bonobo males mainly rely on the help of females, especially their mothers, in conflicts with other males within their community. Females of both species, however, cooperate with other females in raising offspring.

Bonobos during a grooming session. 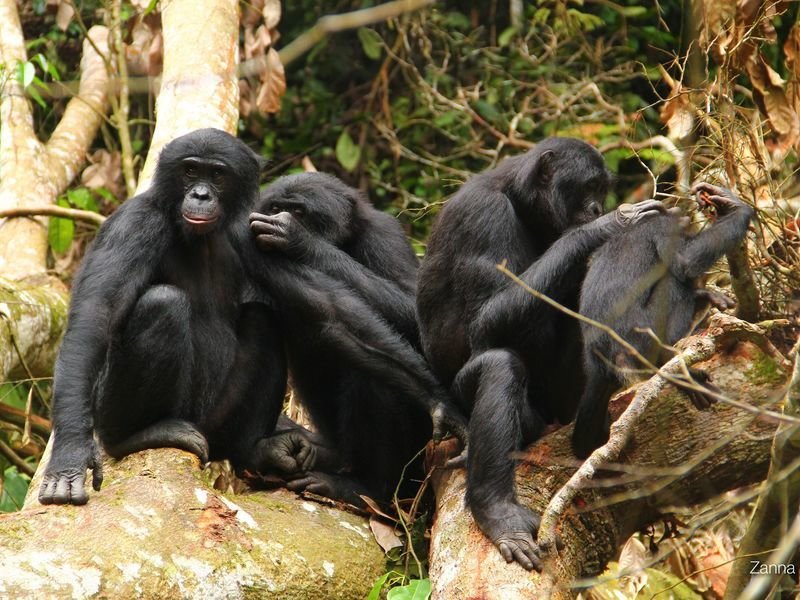 Group-living has its benefits, such as the joint defense against predators and better access to food and mates; as well as costs, like an increased competition over food and mates or a higher risk of getting a disease from a group mate. To increase the benefits of group-living, animals often associate selectively with certain partners and their choice is likely driven by their cooperative needs.

While bonobos and chimpanzees are similar in many ways, as both species are closely related to each other genetically, they differ in some important behavioral aspects. “While chimpanzee males are highly territorial, with hostile and sometimes lethal intergroup encounters, bonobos have rather peaceful relationships between groups and lack lethal violence during encounters”, says Martin Surbeck of the Max Planck Institute for Evolutionary Anthropology in Leipzig, Germany.

The researchers wanted to know whether these differences in male cooperation against outsiders, also influence their choice of associates.
Analysis of data from field studies

Chimpanzees during a grooming session. 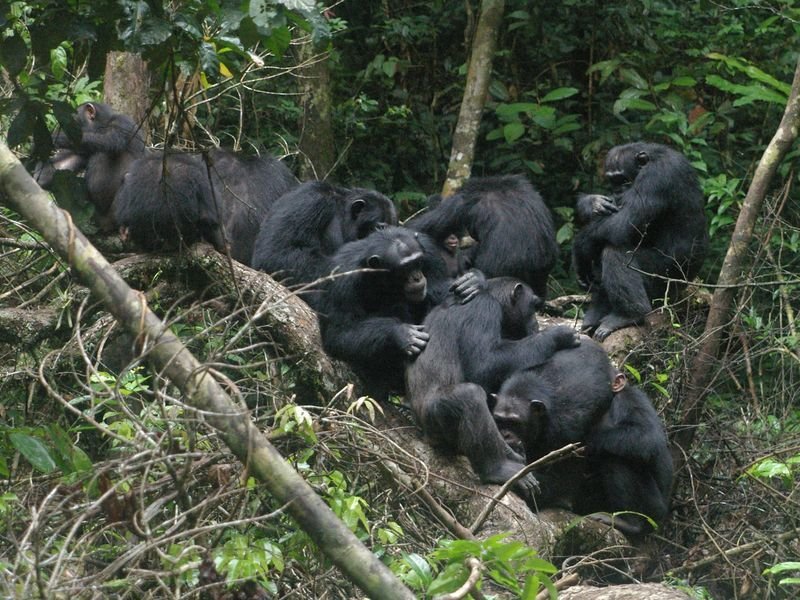 Surbeck and his team have thus compared long-term data from five chimpanzee and two bonobo communities from five different field sites in Ivory Coast, Uganda and the Democratic Republic of Congo to study with whom bonobos and chimpanzees preferentially associate. “All chimpanzee communities were sexually segregated, meaning that males and females associated more with same sex partners”, says Surbeck. “In bonobos, males did not prefer to associate with other males and both sexes associated preferentially with females.”

These results can be explained by different forms of cooperation in bonobos and chimpanzees. While chimpanzee males need to cooperate with other males when it comes to activities like border patrolling, territory defense and joint hunting, bonobo males who are much less territorial associate mainly with females, most often their mothers, with whom they cooperate and who help to increase their sons’ mating success.

The females of both species cooperate with each other when it comes to raising their young. Surbeck summarizes: “Our obtained results show how warfare may have a fundamental impact on the structure of a given society.”